You Could Fit A Lot Of Herbs And Spices In There 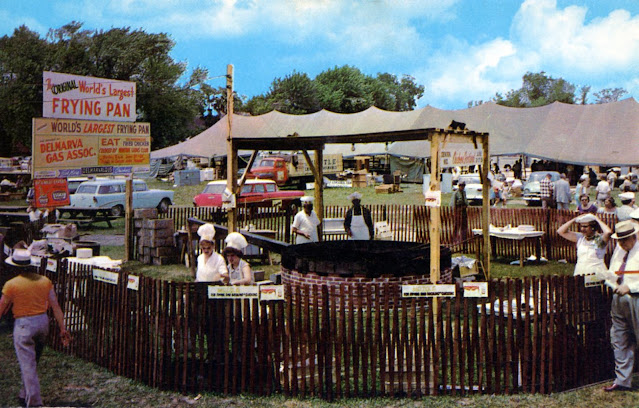 The World's Largest Frying Pan
Delmarva Chicken Festival
This photo was recently shared by Vintage Classic Postcards on Twitter, and it has definitely piqued my interest.  I've never heard of the Delmarva Chicken Festival before, but it has been held on the Delmarva Peninsula annually since 1948.
The World's Largest Frying Pan made its debut at the festival in 1950.  The first one was ten feet in diameter, had an eight-foot handle, and weighed 650 pounds.  The pan can hold 800 chicken quarters at a time, and it is used to fry nearly three tons of chicken every year.