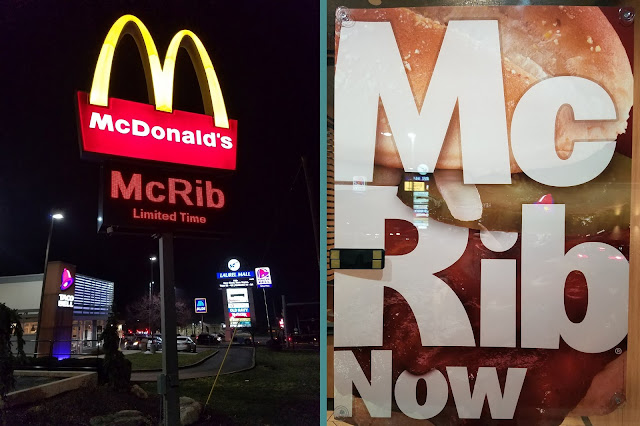 McRib
McDonald's - Laurel Mall - Hazleton, PA
I'm convinced that the vast majority of folks who say that this sandwich is disgusting have never actually eaten one.  I'm not going to pretend it's the greatest example of meat placed between two pieces of bread, but it's pretty delicious.  The pickles and onions give the sandwich a nice crunch, and their flavors work well with the barbecue sauce.  According to McDonald's on Twitter, this is the end of McRib season, so get one while you still can. 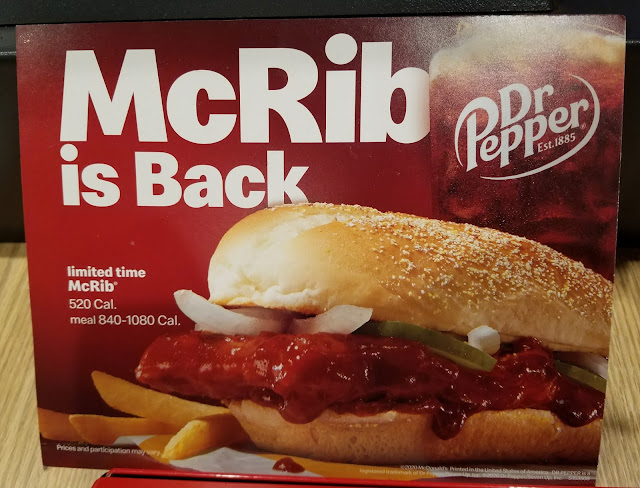 I don't know about that Dr. Pepper though.  It's just such a weird soda that I don't even know how to describe it.  The closest I can come is to say that it sort of tastes the way that makeup smells, but sometimes it's pleasant.  It's not a great description, but see if you can do better.  It's not a cola.  It's not creamy.  It's not lemony or fruity.  What the hell is it?