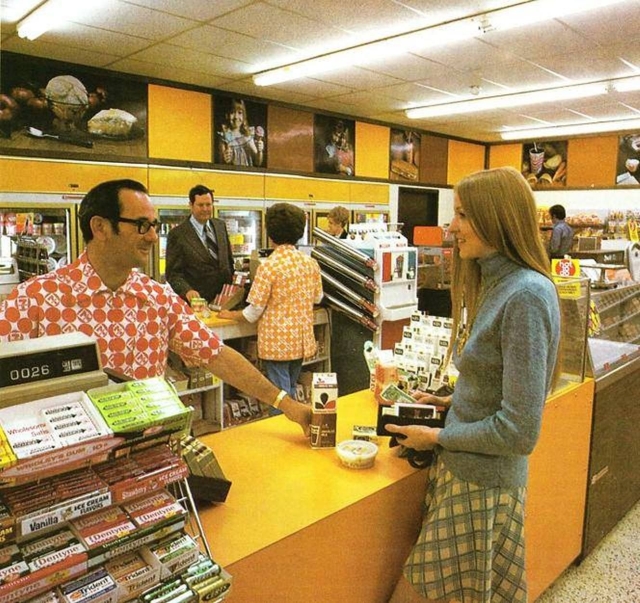 7-Eleven (1973)
Between the clothes and the color scheme, this marketing photo from 7-Eleven looks surreal.  I wasn't around in 1973, but there were still remnants of this style in the mid 80's, particularly in drug stores and convenient stores that hadn't been remodeled before I was old enough to buy my own Slim Jims and baseball cards. 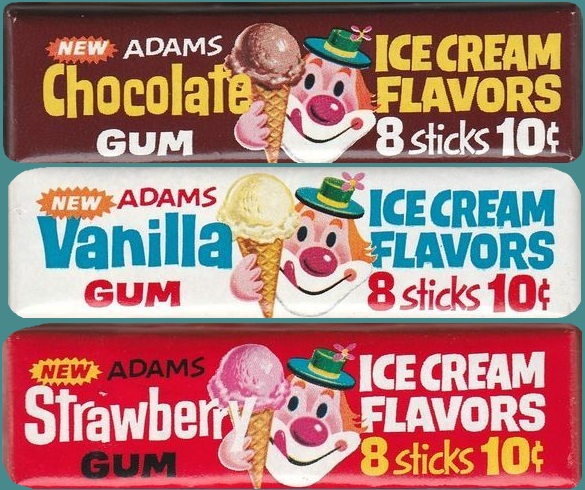 One thing that jumped out at me from this photo is the gum rack at the bottom left corner; specifically the ones labeled "Ice Cream Flavors" on the second shelf from the top.  I hadn't heard of these before, so I did a little digging.  It turns out they were made by the Adams Gum Company.  Their founder, Thomas Adams, was the first to sell his product in vending machines in the United States.
Seeing these old packages raises another question: what was it with the mid-20th century and clowns?  Did the children of the 50's, 60's and 70's really love clowns as much as the marketing would lead us to believe, and if so, when did they go from being fun and entertaining to creepy and annoying?