What Part Of Maui Wowie Don't You Understand?

Ferdinand's Family Restaurant
15th Street - Hazleton, PA
Ferdinand's opened in 1983 and was a fixture in Hazleton for a good portion of my life until it closed in 2010.  We only ate here a couple of times over the years (our family's spot was always The Blue Comet), but the food was always good every time we were there.  I can't remember what I ate when we were there, but I'll never forget that they served homemade ravioli because of the commercials they used to run on tv.
The commercial that burned this place into my memory forever featured a little girl, probably around 9 or 10 years old.  She was sitting at a booth, and she looked into the camera and calmly said "I want ravioli".  The camera then cut away to a montage of the different dinners that you could order at the restaurant, with a narrator listing them off.  It then cut back to the little girl, who repeated "I want ravioli" in a grumpier voice than she had the first time.  The narrators voice responded "yes, we have ravioli, but we also have..." and then the camera once again showed a montage of foods while the narrator read out more of the menu.  Finally, it cut back to a closeup of the little girl's face where she looked angrily into the camera and shouted "What part of ravioli don't you understand!"  The commercial ended with the child being served a big plate of ravioli with her family at Ferdinand's.
They aired this commercial in Hazleton a lot in the late 90's, and every time my grandmother saw it, she would say something along the lines of "I would smack that kid right in the mouth".  It must have been a common sentiment in the area, because I remember eating at the restaurant and mentioning the commercial to the waitress, and she immediately rolled her eyes and told me how many angry phone calls the restaurant got because people hated seeing the bratty kid demand ravioli.  People get really touchy about the dumbest things. 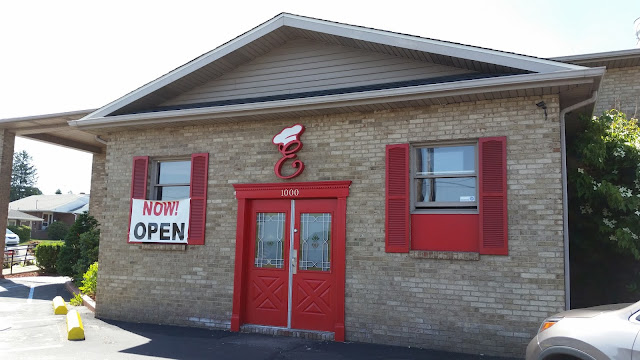 After Ferdinand's closed in 2010, it sat vacant for a number of years before it was sold and reopened in 2015 as Eddie's American Diner.  We went there for breakfast once and it was very good - one of the few places that not only serve scrapple, but who cooked it right.  I definitely would have been a regular customer if they had stayed open.  I couldn't tell you how long Eddie's was in business, but it seemed like it was only a couple of months after the grand opening that the building once again sat vacant. 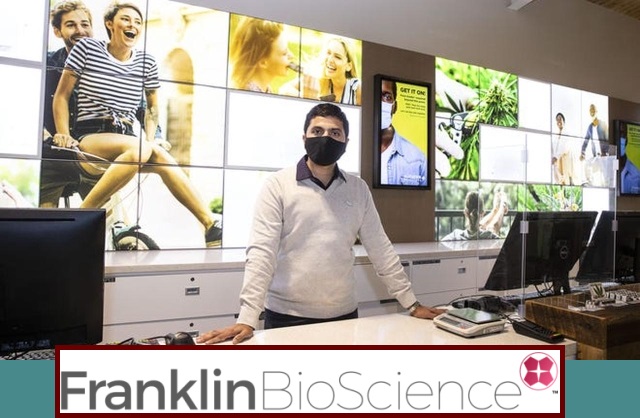 On Thursday of last week, Franklin BioScience secured zoning approval from the city to turn the old Ferdinand's Restaurant property into a medical marijuana dispensary.  There are still a few hurdles to jump over, but if they are successful, they will turn the property from a place where people came to eat pasta to a place that may give folks an intense craving for it.
I'm not a smoker, but I'm rooting for these guys.  I'm also not sure what the laws are for advertising such a business, but I would love to see them reach out to that little girl from the old Ferdinand's commercial.  She's got to be at least 30 by now.  They could film a commercial where she comes out of the dispensary wearing a tie dyed shirt, looks dead into the camera and says "I could really go for some ravioli right about now".