Life, The Universe, And Snoopy

Snoopy Greeting Card
Hallmark Contemporary Cards (1979)
When I was up in the attic putting away Christmas decorations, I found a box that I've had since I cleaned out my grandparents house after they passed away.  It was filled with cards and letters that my father and grandparents wrote back and forth to each other when my dad went off to college.
I only read a few of them so far, but reading my dad's words to his parents (and vice versa) in the two years before I was born has been quite an experience.  This one caught my eye because it was one of the few that included a date.  My grandmother wrote it to my dad on January 2nd, 1979, which was 42 years ago today.  My dad was 19 years old and entering the second semester of his sophomore year at Penn State after Christmas break.
It struck me that when Dad read this card, the last thing on his mind was becoming a father.  I was one of those babies that just sort of happened, and screwed up a lot of plans in the process.  Reading these has not only given me a glimpse of who my family were before I came around, but who they might have been if not for Dad randomly meeting a Hawaiian girl at Carmen's Restaurant later on in 1979.  Any number of little things could have happened differently on that day that would have prevented my parents from meeting, and I wouldn't be here.  As it turned out, they were just hanging around waiting for something to happen, and for better or for worse, that something was me. 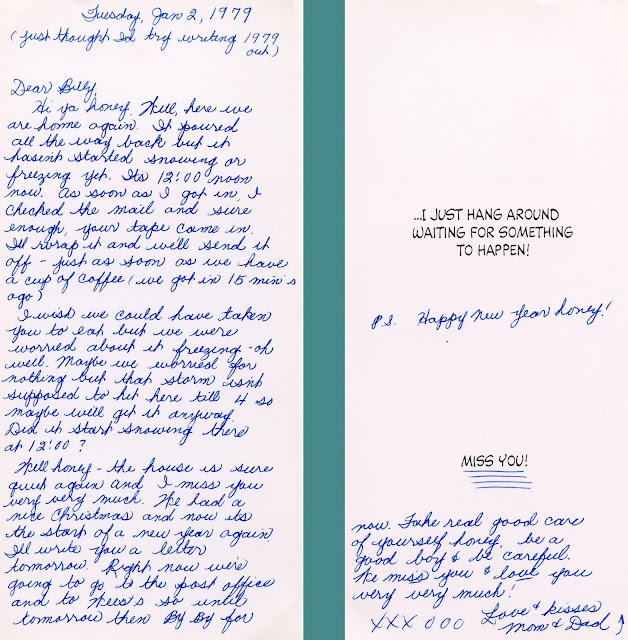 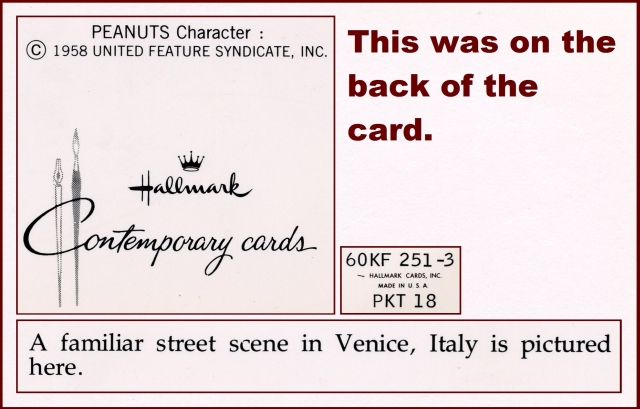