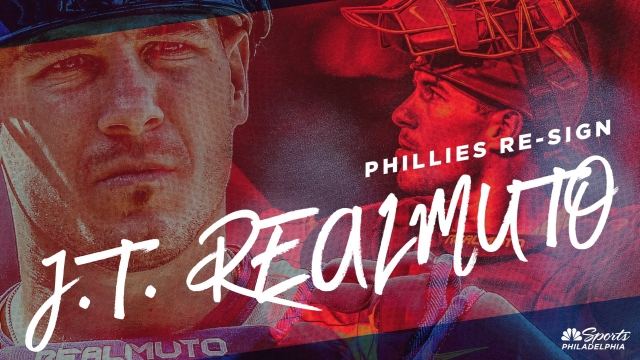 When the off-season began, I had all but written off the possibility of the Phillies re-signing J.T. Realmuto.  It had been reported that he was asking for a seven year contract in excess of $200 million dollars, which is a figure that I found to be ridiculous for a catcher entering his age 30 season - particularly on a team with so many other needs.  I was also skeptical of a lot of the hype that has followed Realmuto through these contract negotiations.  I definitely agree that he's the best hitting catcher in baseball, but I find all the talk about his superior ability to work with the pitchers to be a tad overblown.  I didn't see anything to suggest that he has that dramatic of an effect on his pitcher in 2019 or 2020 when anyone from the bullpen took the mound, including several relievers who were successful before they were acquired by the Phillies.  It was nowhere to be found with Velasquez, or Pivetta either, or pretty much anyone not named Nola or Wheeler.  I'm certainly not suggesting that he's the cause of anyone's struggles, but with the exception of Zack Wheeler, the evidence of his time in Philly doesn't support the belief that Realmuto has a measurable positive impact on the pitcher who is throwing to him.
All skepticism aside, I'm glad to have him back.  The Phillies got him on a five-year deal for $115 million, which is more than fair for the best hitting catcher in baseball.  It'll keep him in Philadelphia through the end of his age 35 season, and it gives the Phillies the financial flexibility to lock down Didi Gregorius and to continue to add pitching and make additional moves after the 2021 season.  This was a win for the team - no question about it. 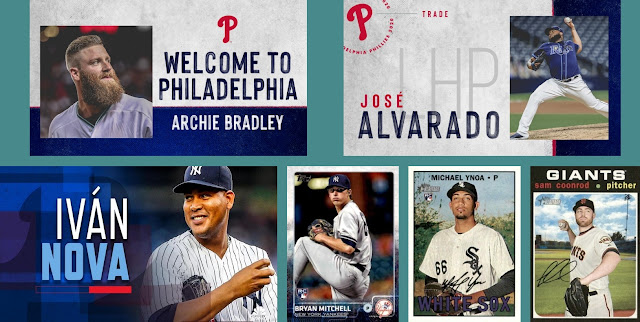 Speaking of pitching, the Phillies have added six new arms.  The standout is reliever Archie Bradley who signed for 1 year at $6 million and wasted no time in endearing himself to Phillies fans on Twitter.  Some dudes come to Philadelphia and just get it immediately, and Archie seems like one of them.
Jose Alvardo was acquired in a three team trade with the Rays and Dodgers that saw Garrett Cleavinger go to Los Angeles.  He's coming back from injury, but he was a very effective reliever who racked up a lot of strikeouts and can hit 100 mph on the radar - definitely an intriguing pickup.
Ivan Nova is the face that I recognize most from this group.  He was once a highly effective starter for the Yankees.  He's had a rough few seasons for the White Sox and Tigers since 2018, but there's reason to hope that he still has some left in the tank.  There's a possibility that he could win the 5th starter spot from Vince Velasquez, but I see this more of a move along the lines of when the Phillies brought in Chan Ho Park and Jose Contreras, with most of his work coming out of the bullpen and the occasional spot start.
I know nothing at all about Bryan Mitchell, Michael Ynoa or Sam Coonrod, so I have some video to watch and some reading to do before pitchers and catchers report, but I'm encouraged by the bulk of the moves they've made to improve what was one of the worst bullpens of all time. 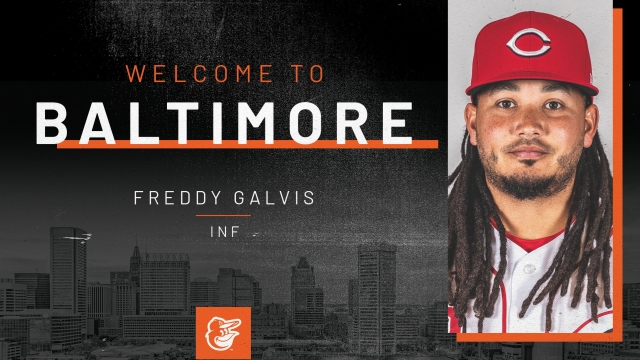 Meanwhile in the American League, former Phillies infielders Freddy Galvis and Caesar Hernandez were locked up.  Hernandez re-signed with the Indians for 1 year at $5 million with a club option for 2022, and the Orioles got an absolute steal by signing Galvis for 1 year at $1.5 million.  Both are among the best defensive infielders in baseball.  I would have been happy to have either of them back in Philadelphia - particularly Galvis, who was one of my favorite Phillies of the past ten years.  He has overperformed expectations at every step in his career and plays the game with heart.  Baltimore is lucky to have him.