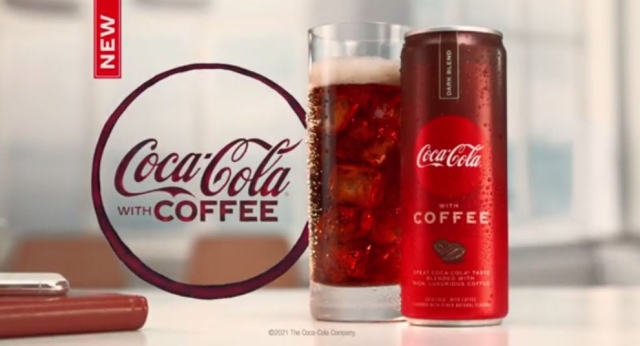 Coke With Coffee
Coca-Cola (2021)
It has been about fifteen years since Coca-Cola blended cola and coffee in a product that was sold in the United States and I couldn't be happier about it.  This time around, they're doing things a bit differently.  Coke With Coffee comes in three flavors: Dark Blend, Vanilla and Caramel.  The Dark Blend and Vanilla flavors are also available both with and without sugar, whereas the Caramel one is only available with added sugar. 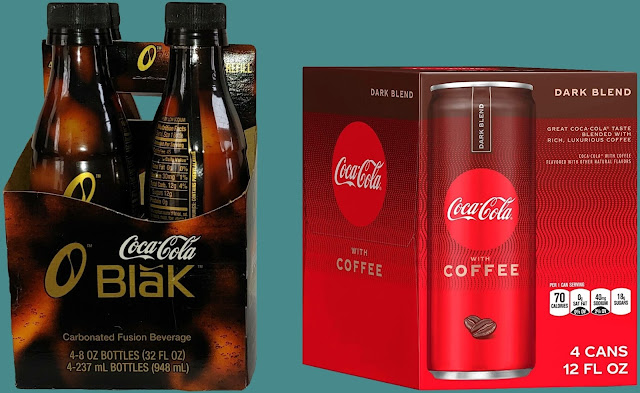 In 2006, Coca-Cola released a product called Coca-Cola Blak that I absolutely loved.  Unfortunately, I think I was the only one who liked it, because it was discontinued before the end of 2007.  It was sold in 8 oz glass bottles that could be purchased individually or in a pack of four.  Each bottle was only 45 calories, which worked perfectly for me because I was on a diet at the time, and it had a smooth and unique flavor.  It was carbonated and definitely tasted like a Coke, but it had a strong coffee flavor that was very pleasant.
I bought a pack of the new Coke With Coffee in the Dark Blend flavor, and I'm happy to say that it tastes very much like my memory of Coke Blak.  The 8 oz. glass bottles have been replaced by 12 oz. aluminum cans that are similar in appearance to an energy drink.  Each can is 70 calories compared to 45 calories for a Coke Blak, but you're also getting 4 oz. more to drink.  I'm sure the recipe isn't exactly the same as Coke Blak, but between the flavor and the calories per serving, I'd have to guess that it's pretty close.
The new Coke With Coffee is a little pricey compared to buying a 2 liter of Coca-Cola, but Aldi's has it at a pretty reasonable price.  I hope it does better this time around, but if not, I'll be sure to stock up if they put it on clearance because if I have to wait another 15 years, I'm going to want a supply to carry me through for at least a few months.