For The Mind, Body, and Planet 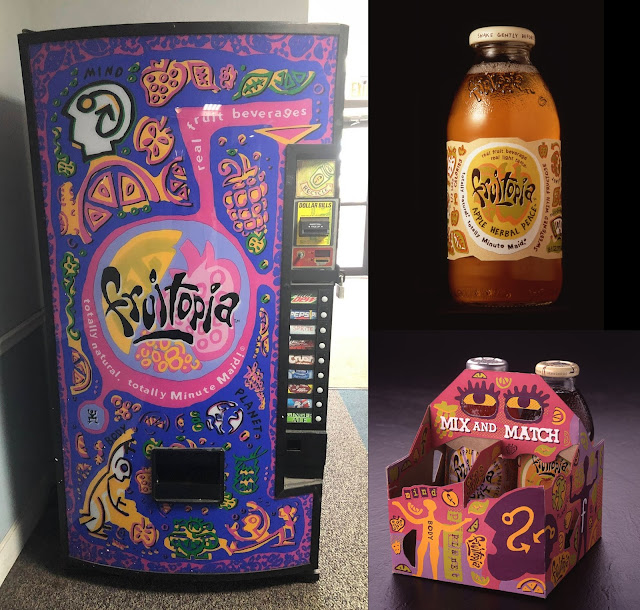 Fruitopia
The Coca-Cola Company (1994)
In the mid 90's, Coca-Cola tried to muscle in on Snapple's fruit juice market with Fruitopia, which was branded under their Minute Maid line.  It was marketed with psychedelic imagery and, for lack of a better word, hippie-inspired flavors such as Strawberry Passion Awareness,  Blueberry Watermelon Wisdom, Tangerine Wavelength, and Raspberry Psychic Lemonade.  You can see more examples of the artwork that was used in their advertising and packaging here.
The Fruitopia line is still available in Canada, but it had all but disappeared in the United States before the end of the 90's.  It was officially discontinued in America in 2003, which is a shame.  I only had it a few times, but I remember that it was quite good.