The Night That Kid Dynamite Fell 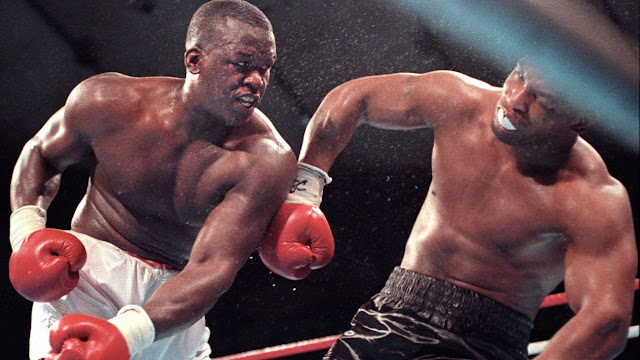 Mike Tyson vs Buster Douglas
Tokyo Dome - Tokyo, Japan - February 11, 1990
I was nine years old on the night of this fight that took place 31 years ago today.  I don't know much more about the sport of boxing now than I did on that night.  However, I did know two things: Mike Tyson was one of the most dominant professional fighters in the world, and he was defeated for the Undisputed Heavyweight Championship by a man who wasn't expected to last 90 seconds in the ring.
For many years, it has been tucked away in the back of my head to include this fight in a story about time travel.  The story wouldn't focus heavily on the fight, but the traveler would use his or her knowledge about the outcome to make a bundle of money by betting on the 40:1 underdog.  I've come to suspect that I have neither the talent nor attention span to ever finish anything that's good enough to be published, but one of these days, maybe I'll defy the odds like Buster Douglas and come out a winner.