A Random Memory From A Beautiful Picture 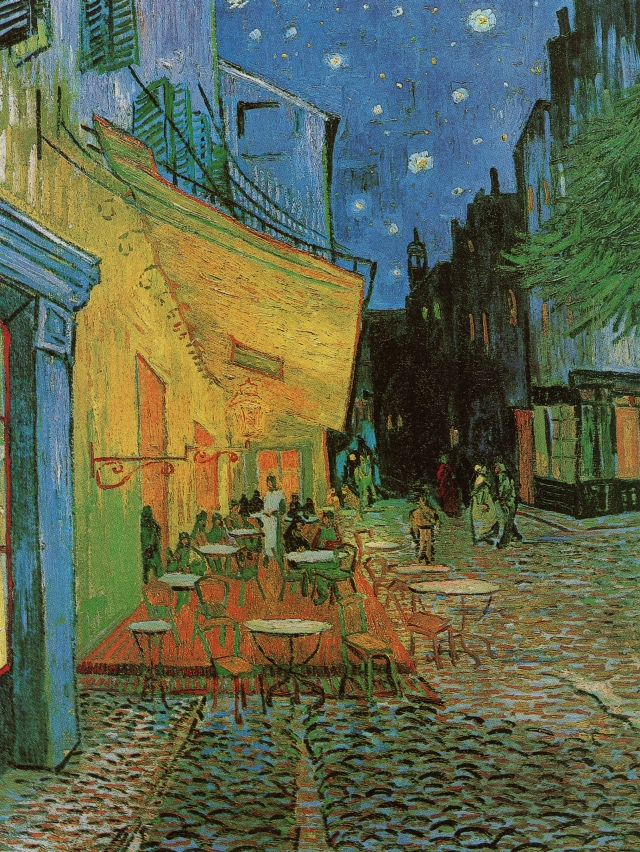 Café Terrace at Night
Vincent van Gogh (1888)
The quote "I don't know art, but I know what I like" is attributed to many different people.  I have no idea who first said it, but if I were to describe myself, I would expand on the first half of the sentence by saying that I don't know very much about anything.  If I'm being completely honest with myself, I feel that I am just smart enough to understand how stupid I am, but not quite smart enough to do anything about it.  That being said, I would not change the second half of that sentence at all in describing myself.  I do know what I like, and I like this painting very much.
I found a framed print of it at the Salvation Army Thrift Store earlier this month for $3.00.  The frame alone was worth at least twice as much, and the picture was too beautiful to not bring home.  It's a scene that I find myself falling into as I look at it; as if I could close my eyes and wake up in one of the chairs sipping an espresso and enjoying a warm nighttime breeze. 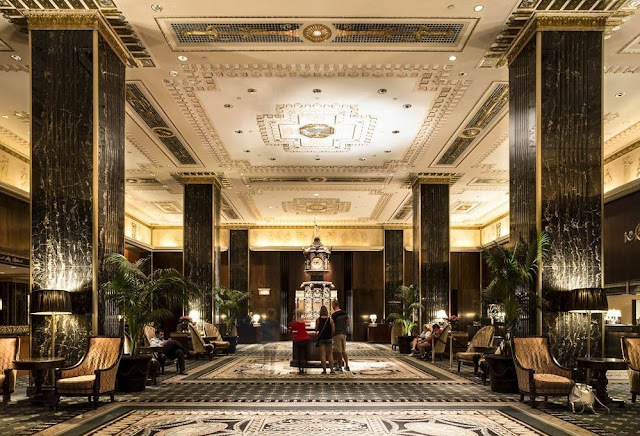 As soon as I saw it in the store, I had a strange and random memory come back to me.  I was at the Waldorf Astoria Hotel on the night of January 20th, 2001.  The only reason I remember the exact date is because President George W. Bush was inaugurated earlier that day.  That had nothing to do with why I was in New York City.  At the time, I was dating a girl who worked at a Hilton Reservations call center, and one of the perks of that job was that she and a guest received a free two night stay at the Waldorf Astoria.  While we were there, she had to take a tour of the facility with a few of her colleagues, but I'm pretty sure she got paid for it and I'm sure it was an interesting experience.
We spent a good portion of the day walking around the city.  I remember that we went to the Virgin Megastore where I picked up some George Carlin albums, and that we had dinner at WWF New York.  Chyna was there at the same time that I was, but it wasn't for an autograph signing or anything like that, so I only got to see her from a distance.  After a day of wandering around Broadway and Times Square, we came back to the hotel.  On the way back to our room, I saw a man and a woman sitting at one of the tables near the lobby having coffee and casually chatting with each other.  I want to say that the moment burned itself into my memory, but it didn't.  I think they were in their late 20's, but other than that, I can't remember a single thing about them.  Not their physical appearance, their hair color, their clothing - nothing.  I only remember that two people were there, and for some reason I can't explain, that snapshot of their lives in that moment in time struck me.  This painting made me think of that moment, and like the moment itself, I can't explain why.  All I can say is that the feeling that I got when I saw those two people at the Waldorf Astoria on the night of January 20th, 2001 and the feeling I get when I see this painting are similar, or they're linked in some way.  The mind is a funny thing, I suppose. 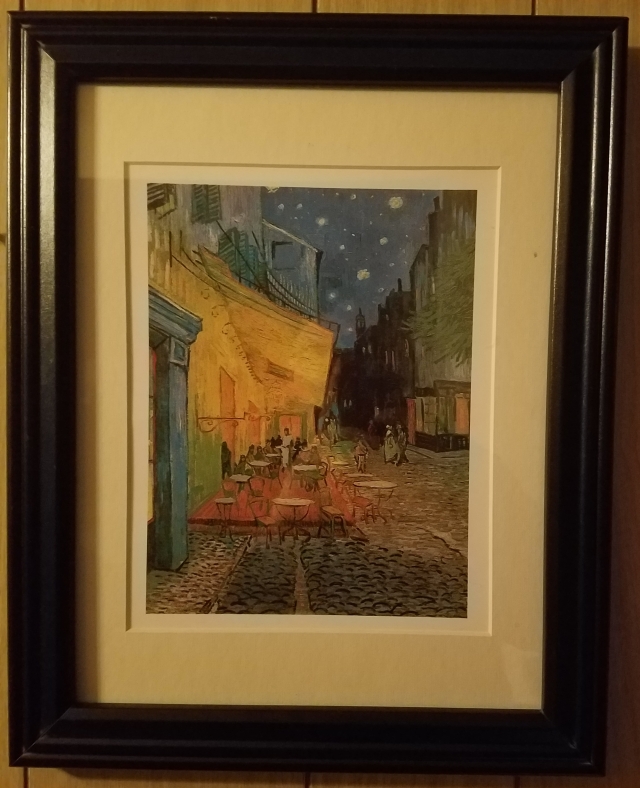 This print now hangs in my kitchen, and for as long as it and I are around, I will be able to have my coffee and glance at it and wonder why it makes me feel the way that it does, and why it stirs up a random moment in the lives of two total strangers that I witnessed for the few seconds that it took me to walk past them.  I don't know art, and I don't really know what I'm feeling, but to be able to capture it for three dollars seems like a bargain to me.