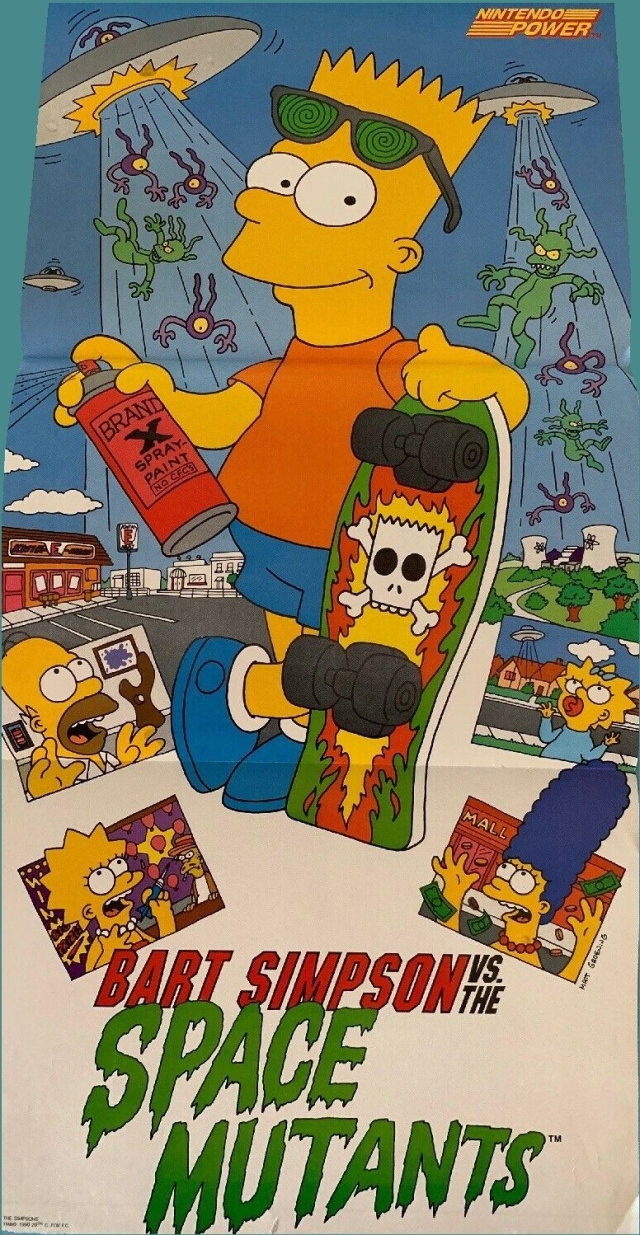 The Simpsons: Bart vs The Space Mutants
Acclaim (1991)
It's not often that I get in on the ground floor of any pop culture phenomenon, but The Simpsons was the exception to the rule.  I was hooked from the very beginning and I didn't miss a single episode for the first few seasons of the show.  When it was announced that a Simpsons game would be coming out for the Nintendo, it instantly moved to the top of my wish list, and my grandparents bought the game for me as a present for my 11th birthday. 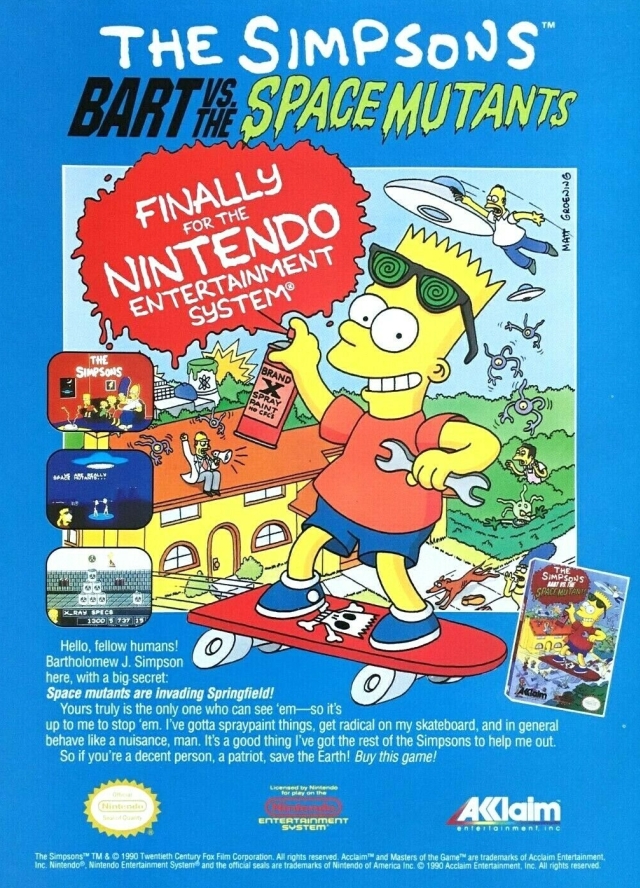 The game was called The Simpsons: Bart vs. The Space Mutants, and it was released in North America 30 years ago.  It was designed by a team led by legendary programmer Garry Kitchen, who is responsible for some of my favorite games from the 80's, including Keystone Kapers, Pressure Cooker and Space Jockey for the Atari 2600 and A Boy And His Blob for the NES.
Unlike Kitchen's previous games, Bart vs. The Space Mutants is frustratingly hard.  While games like Keystone Kapers and Pressure Cooker were challenging, they were fair.  Those games started out slow and allowed the player to get a feel for the game mechanics before ramping up the difficulty.  In contrast, The Simpsons game was unforgiving from the very start.  The first level requires a lot of very precise jumps that will fail and cost you a life if you aren't standing on the exact pixel that your character needs to be standing on.  It took me at least fifty tries just to get to the second level.  The game didn't get great reviews even in the early 90's, and it's frequently cited as an example of NES games with poor controls.  Despite it's many flaws, I enjoyed playing this when I was a kid, in large part because of the wackiness of it's plot.

The story is centered around an alien spaceship that has landed in Springfield with the goal of enslaving the human race.  To achieve this, they have built a doomsday machine that is powered by purple objects.  Bart is on a mission to spraypaint or hide all of the purple objects in town to put a stop to the alien plot, but he has to also be on the lookout for aliens who have disguised themselves to look like ordinary human beings.  In what feels like a nod to the the 80's horror classic They Live, Bart can only tell the aliens from the citizens of Springfield by looking through special glasses.
After the first level, the aliens have reconfigured their weapon to be powered by hats, so it's off to the Springfield Mall where Bart has to collect every hat in town to once again foil the alien's evil plans.  With that mission complete, the aliens will again tinker with their machine to be fueled by balloons which they intend to collect from the Krustyland Amusement Park.  When that plan fails, they decide to switch things up again and head to the Springfield Natural History Museum to collect exit signs.  Finally, in the last level, they decide to use something that actually could be weaponized: plutonium rods from the nuclear power plant. 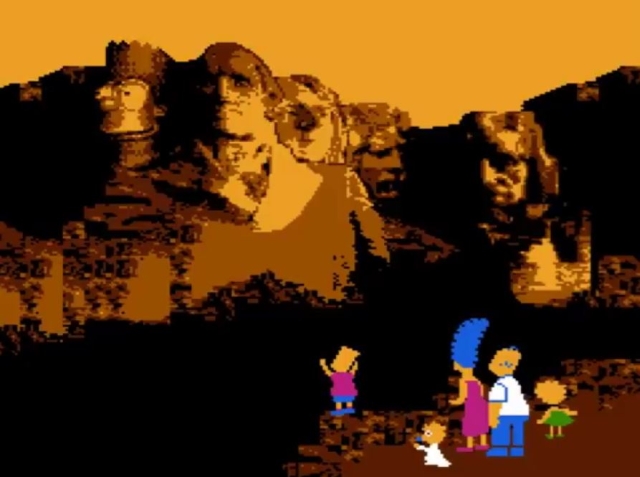 The aliens finally accept defeat after Bart prevents them from getting the plutonium rods.  However, they've come to respect their spiky haired foe, so they make a slight modification to a national landmark before flying back to their home planet.
Bart vs The Space Mutants may not have the greatest controls you'll find in the 8-bit era, but you have to admire the creativity that went into the story.