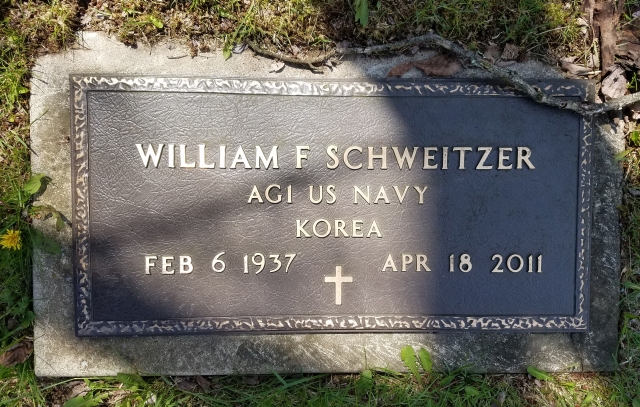 William F. Schweitzer
1937 - 2011
It's been ten years since my grandfather passed away.  I swear to god, it feels like that decade went by in the blink of an eye.  There have been so many times when I wished I could just go to my grandparents house and find him sitting in his spot at the kitchen table; so many times when I wanted to show him something, or tell him something that I learned, or ask for his advice about something, or listen to his thoughts about something going on in the world.
Every so often on Harvey's walks, we take a detour through the cemetery and visit his grave.  It's not as often as it used to be.  They used to leave the gates to the cemetery unlocked all night, but from what I've been told, there are people illegally dumping garbage in the woods behind the cemetery, so they started locking the gates at around 3:00 in the afternoon on most days for about the past year.  I don't believe in an afterlife or ghosts or anything like that, but I still talk to him when I'm there and tell him that I love him.
Any good that anyone sees in me is a direct result of having my grandfather in my life.  I don't even want to think about who I would have been if not for him - not that I think I'm all that great anyway, but I would have been dead or in jail decades ago if it wasn't for his positive influence.
Here are some photos of my grandpa over the years.  I miss you, big guy. 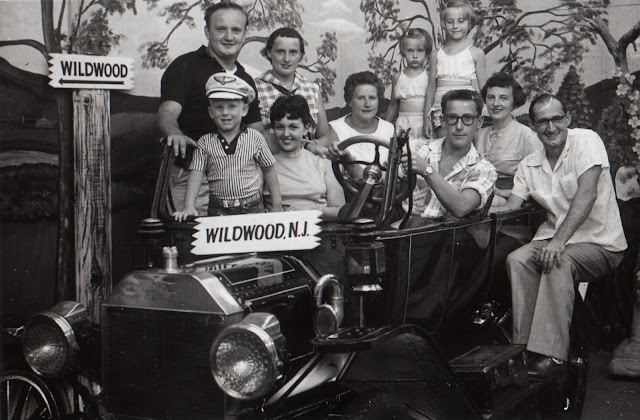 This photo was taken sometime in the 60's while the family was on vacation in Wildwood, New Jersey.  My grandfather is on the far left.  That's my dad standing in front of him.  That's his sister, my Aunt Ida, standing on his right hand side, and my grandmother in front of her to the right of my dad.  The rest of the adults in the photo, from left to right, are my grandfather's other siblings - Aunt Margie, Uncle Georgie (in the glasses), Uncle Buddy's wife (whose name I can't remember right now), and Uncle Buddy. 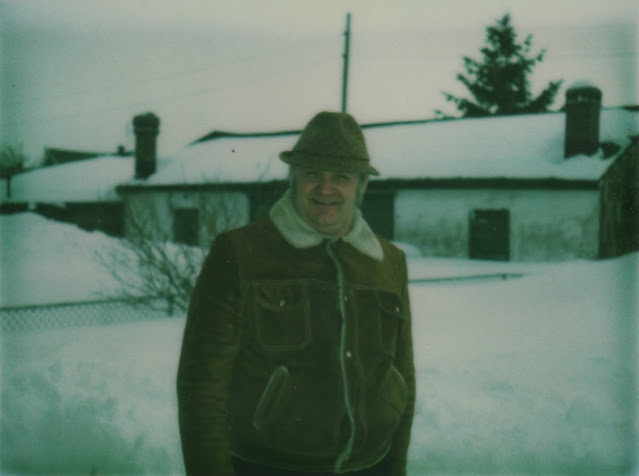 This was taken in my grandparent's backyard in the winter of 1977. 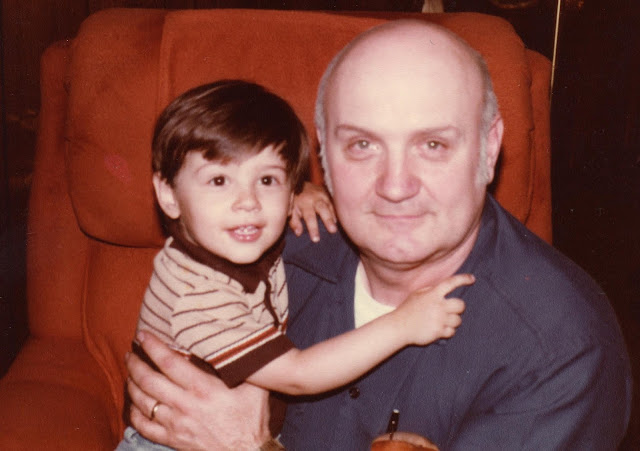 Grandpa and I in the early 80's when I was a little tyke. 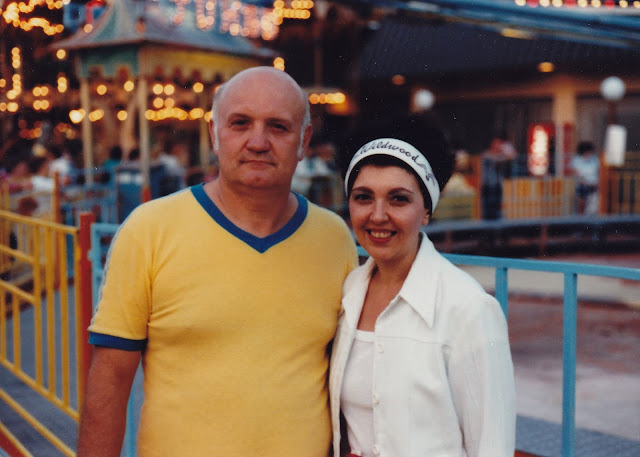 This photo of my grandparents was taken at Wildwood, NJ in 1984. 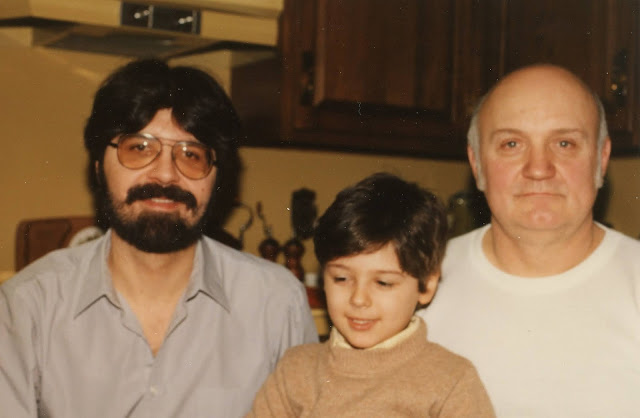 Dad, Grandpa and I in my grandparents kitchen - February 6th, 1986. 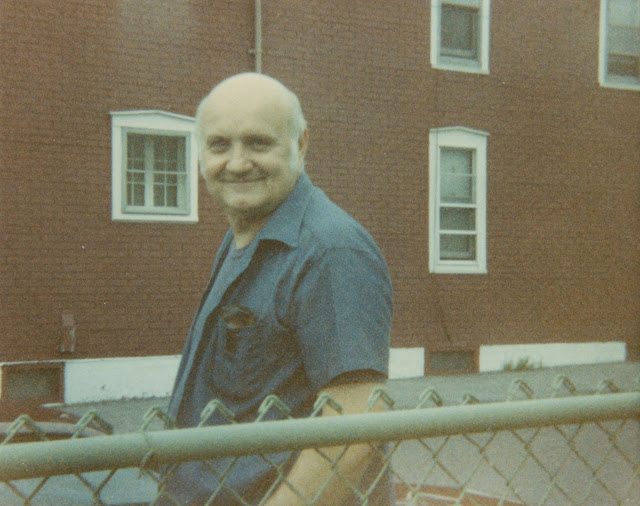 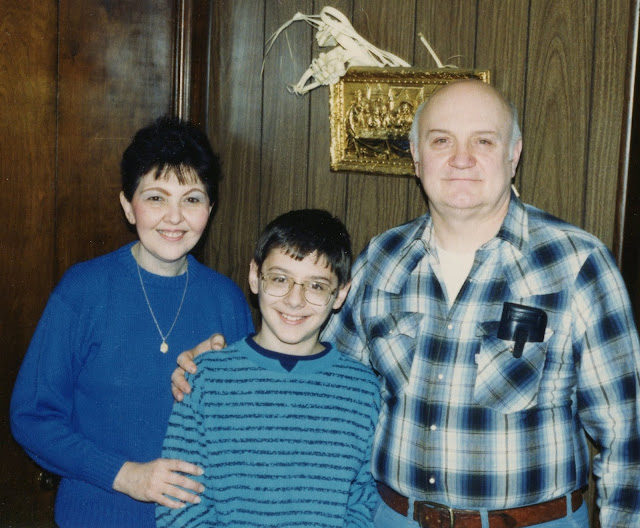 Grandma, Grandpa and I in my grandparents kitchen - December 1991. 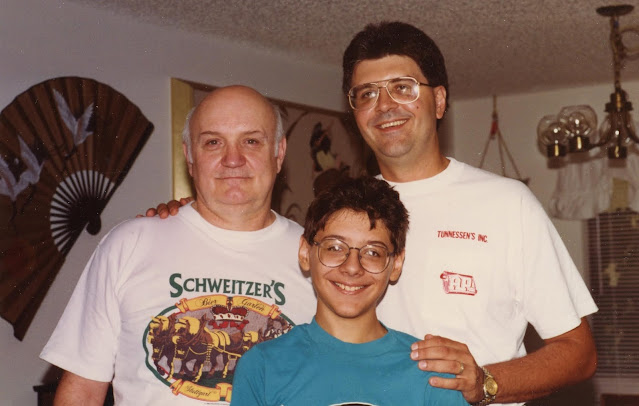 Grandpa, Dad and I at our house in Boynton Beach, Florida - July 1992. 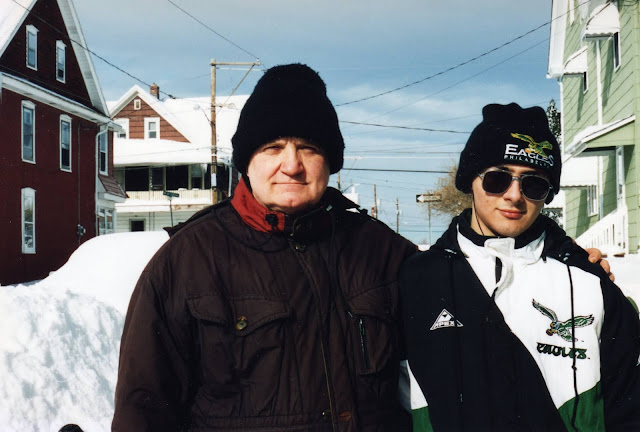 Grandpa and I on the sidewalk outside of his house - December 1996. 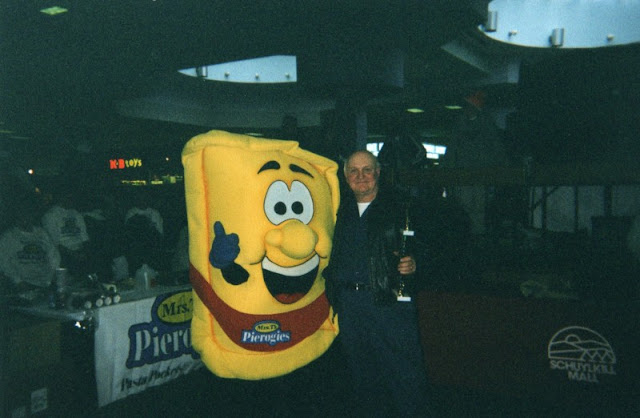 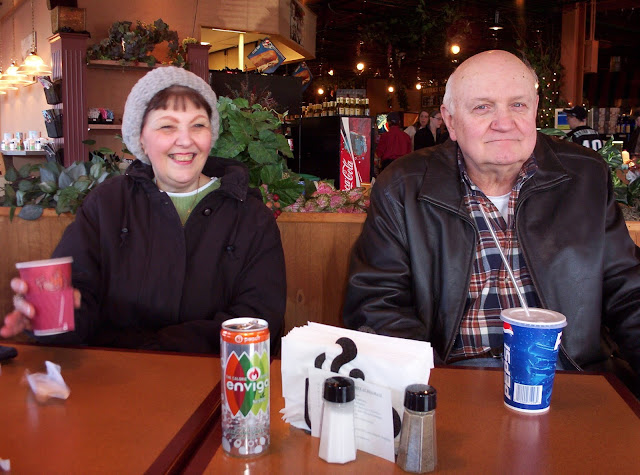 Grandma and Grandpa at the Wegman's Market Cafe in Wilkes-Barre - February 4th, 2007. 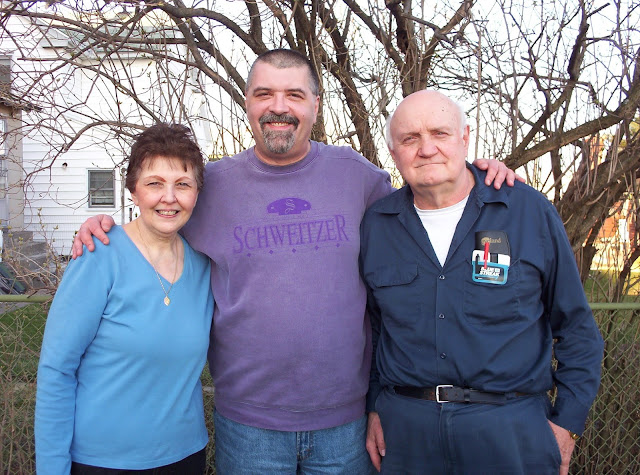 Grandma, Dad and Grandpa - this was taken on my Dad's birthday, April 2, 2007, in my grandparents back yard. 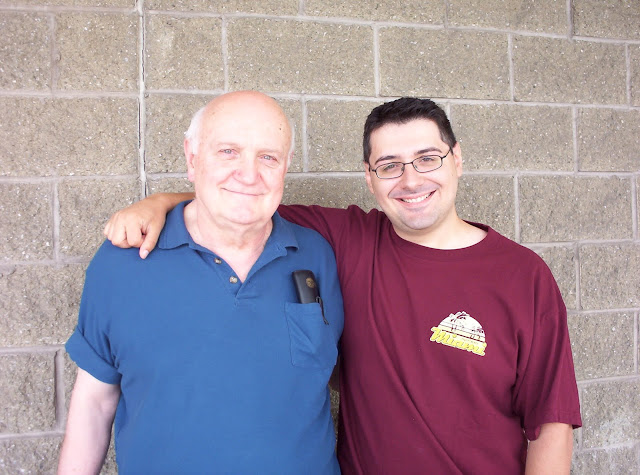 This was taken outside of Big Lots in Wilkes-Barre in June 2007. 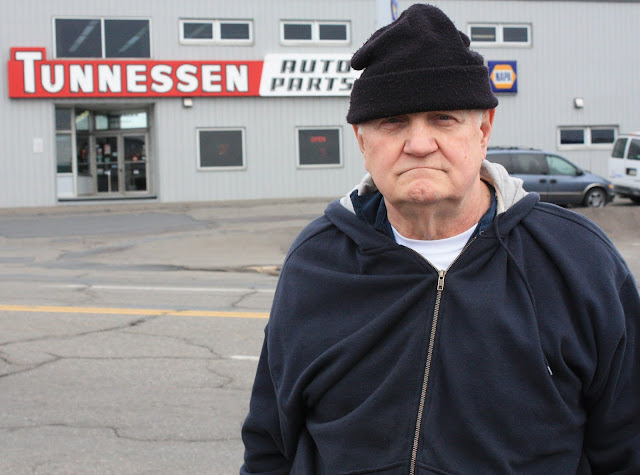 This was taken in December 2009 as a part of a project that I did for a photography class that I took at Wilkes.

This video was taken on September 20th, 2010.  It was only a few weeks before we learned that he had pancreatic cancer.  Grandpa was a weatherman in the Navy and he was always interested in astronomy.  He was showing me that the planet Jupiter was closer to the Earth than it had been at any point since 1963. 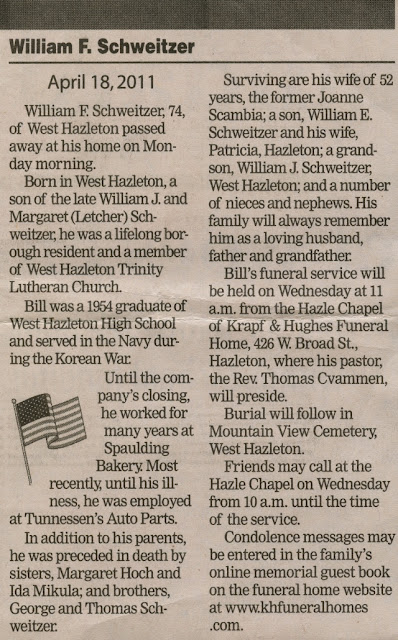 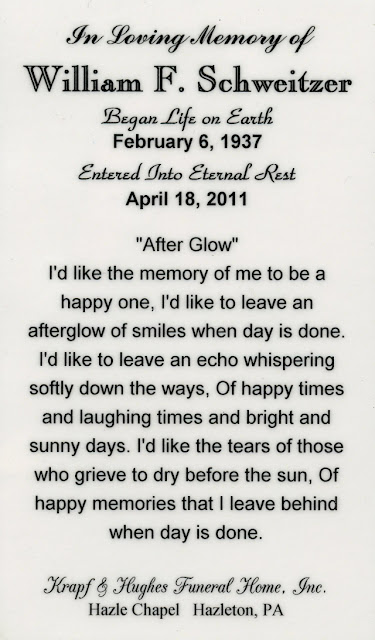 Grandpa came home from the hospital on Thanksgiving Day 2010.  Before the end of the year, we were told that there wasn't much that chemotherapy could do.  It was a matter of months.
The last time I saw my Grandpa was on April 15th, 2011.  It was a Friday morning, and the last words he said to me was that he was proud of me.  He died in his home in West Hazleton on Monday, April 18th, 2011 - in the same room where we spent countless hours together, where we celebrated Christmas together, and where he gave me a safe place to call my home.
Life has never been the same since.  I miss him every day.