In The Not Too Distant Past 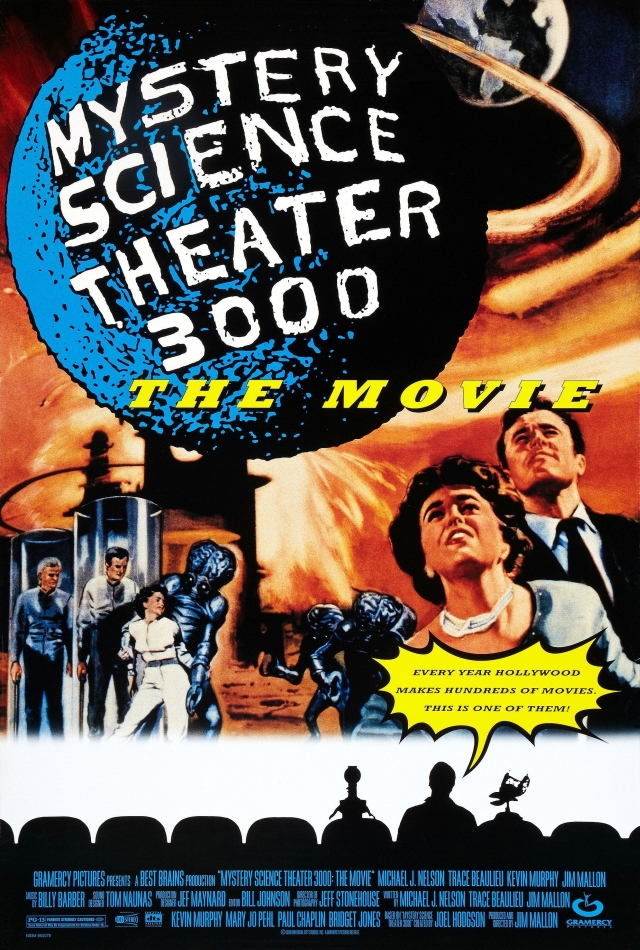 Mystery Science Theater 3000: The Movie
Gramercy Pictures (1996)
The theatrical version of the classic MST3K series, in which Mike and his robot friends are forced to watch the 1955 film This Island Earth, debuted in theaters 25 years ago today.
It's been a quarter century since I first saw it, and I'm still not sure how I feel about it.  I don't mean to say that it's bad or anything; it just doesn't feel like it's anything special in comparison to the rest of the series.  While This Island Earth is a great cheesy sci-fi film, it's not really any bigger of an attraction than the movies they've riffed on in the tv series.  I wish they could have gotten the rights to do Plan 9 From Outer Space.  However, what was even more noticeable to me at the time was that, at 73 minutes long, MST3K: The Movie is significantly shorter than the episodes of the tv series, which clocked in at 90 minutes each (not including commercials).  That might have been easy to overlook if not for the fact that this movie came out while new episodes of the show were still being made for Comedy Central.
It's a good movie with a lot of laughs, but if I were going to recommend MST3K to someone who has never seen it before, there are at least two dozen episodes of the television series (from both the Joel and Mike years) that I would recommend over the movie.