This is Tom Garvey.  He is a 78 year old retired real-estate agent living in Ambler, Pennsylvania with his wife Peggy and his three-legged dog Moxie.  He's been featured in the news over the past few weeks because he has just written a memoir of the three years that he lived in a secret apartment hidden inside Veterans Stadium. 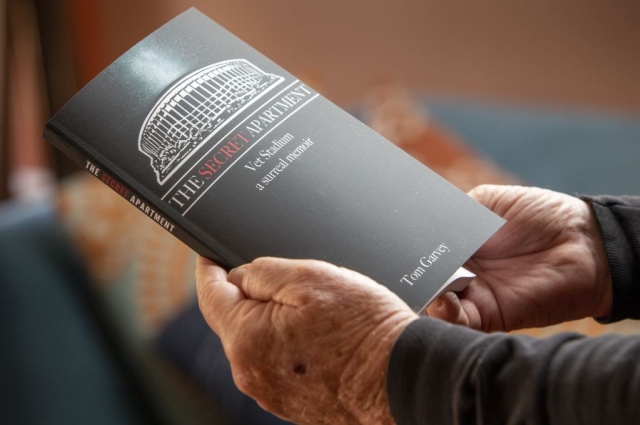 Mr. Garvey was a Green Beret who commanded a United States Army Special Forces camp on the Cambodian border during the Vietnam War.  Several years after he returned home from the war, he began working with his family at the stadium.  His uncles had a contract to run the concession and novelty stands inside Veterans Stadium and the parking lots at the stadium complex, and his cousin had a memorabilia shop inside the ballpark.  While working in various roles with his family, he was given a set of keys to one of the seldom used entrances to the stadium.
One of the many jobs that Mr. Garvey did was to manage a crew to handle the parking lots which were opened for Pope John Paul's visit to Philadelphia.  To make sure everyone was there and ready to work at 4:00 am when the parking lots opened to the public, he allowed his crew to sleep overnight at the ballpark.  To accommodate them, he set up an empty concession stand by Gate D on the 200 Level near left field that was near his cousin's office.  It was a room that was about 60 feet long by 30 feet wide.  He and his friend joked about how cool it would be to live there, which gave him the idea.  After the Pope left Philadelphia, Mr. Garvey got to work.
First, he arranged boxes at the entrance so that anyone who opened the door would see nothing but a wall of stacked cardboard boxes; no different than many of the other storage areas at the stadium.  At the end of the room, he built a corridor of boxes which led to a room that would become his secret apartment at Veterans Stadium for the next three years.  It had wall-to-wall carpeting made up of leftover Astroturf, a bed, a kitchen with a refrigerator, sink, hotplate and coffee maker, and a seating area with a stereo.
This apartment became his home for three years until his uncle's parking lot contract expired in 1981.  He was never caught and no one ever suspected that he was living in a secret apartment inside the stadium.  With the exception of the friends he brought to visit, including several members of the Philadelphia Eagles (including Vince Papale, Jerry Sisemore, and Bill Bradley, each of whom vouch for Mr. Garvey's story), no one knew about it at all.  His job with the parking lot required him to remain at the stadium after hours, and everyone got so accustomed to seeing him that his presence was never questioned - even when he once came out to watch the second game of a Phillies double header in 1980 wearing a bathrobe and flip flops.  Mr. Garvey said that at night when the stadium was empty, he used to roller skating around the concourse, lay down in the 700 level and stare up at the stars, and occasionally get high in the Phillies dugout. 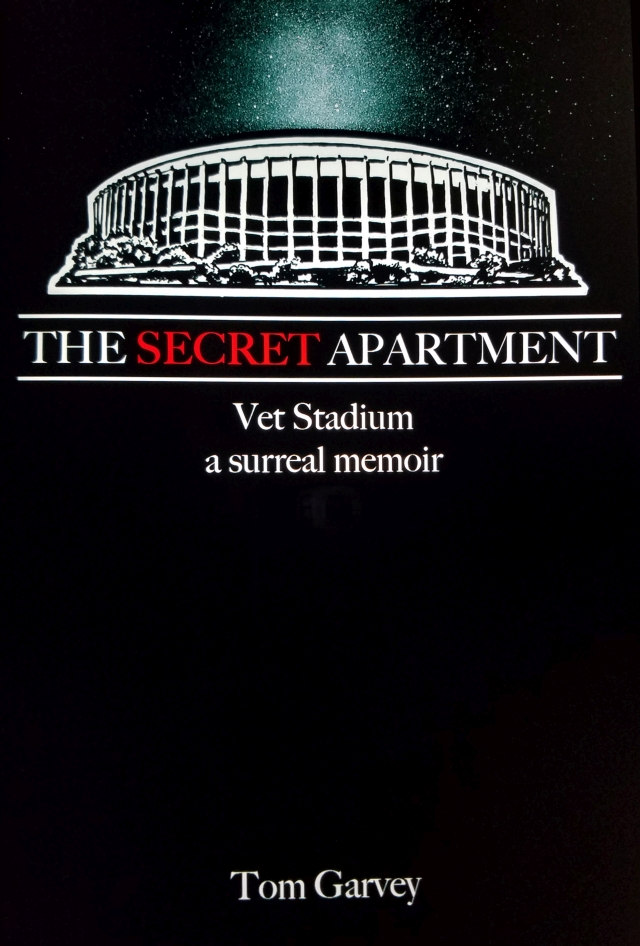 In short, this man was in the middle of living my dream life when I was born, and I am very grateful that he used his time in quarantine during the pandemic to write this book and share the his memories of what had to be a surreal and incredible time.  I took one of my vacation days today to have a four day weekend for Easter and Dad's birthday, so I'll be spending some time this evening diving into this story.  If you found my stupid little blog and you want to read something better, you can purchase this book on Amazon.