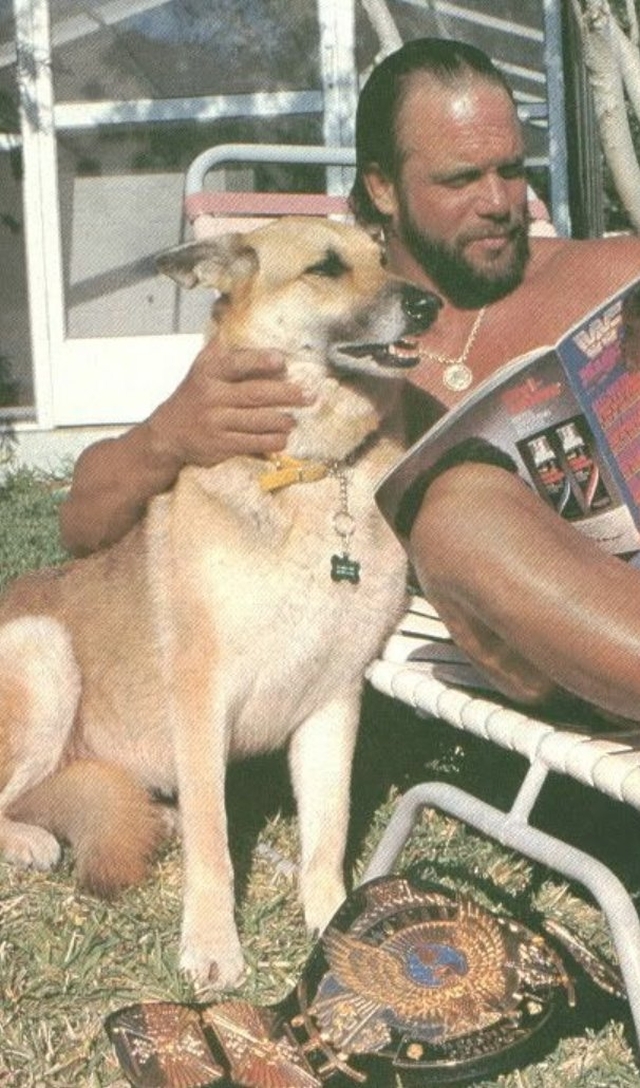 "Macho Man" Randy Savage and Hercules (1988)
Ten years ago today, the world lost one of the most colorful and talented entertainers of all time: Randy Poffo, who was known throughout the world as "Macho Man" Randy Savage.  This photo from May, 1988 shows Randy lounging in the yard with his German Shepherd, Hercules.  The dog was given to Randy in the mid 80's by fellow WWF wrestler Hercules Hernandez.

The Poffo family gathered at Randy's house for Mother's Day in 2011.  When he spoke to his mother on the phone, Randy asked if she would bring the cremated remains of Hercules.  She did, and Randy took the ashes and walked to a tree on his property with his brother, Lanny.  Randy asked his brother to pour the dog's ashes on the tree.  When Lanny questioned his brother, Randy explained by saying: "I want you to do it. If anything happens, I want you to do the same thing with my ashes. The same place. If it’s good enough for Herc, it’s good enough for me."  Ten days after that conversation, Randy died of heart disease and Lanny honored his brother's wishes.