Still Rollin' After All These Years 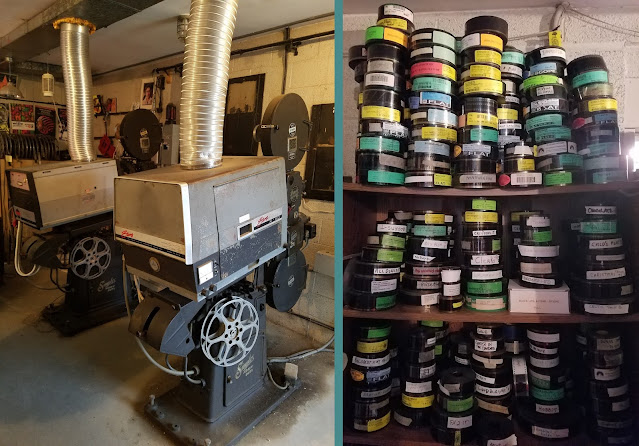 Mahoning Drive-In
Lehighton, PA
These twin Simplex E-7 projectors have been in operation since the Mahoning Drive-In opened in 1949.  How incredible is that?  Think about it... these projectors showed their first movie in Lehighton just two years after Jackie Robinson broke the color barrier.
The people who run the place are incredibly nice.  They keep the doors to the projection room open and welcome folks inside to have a look at the equipment and to learn about how a 35mm film is shot and projected onto the big screen.  Virgil even gives the kids a strip of film to take home with them. 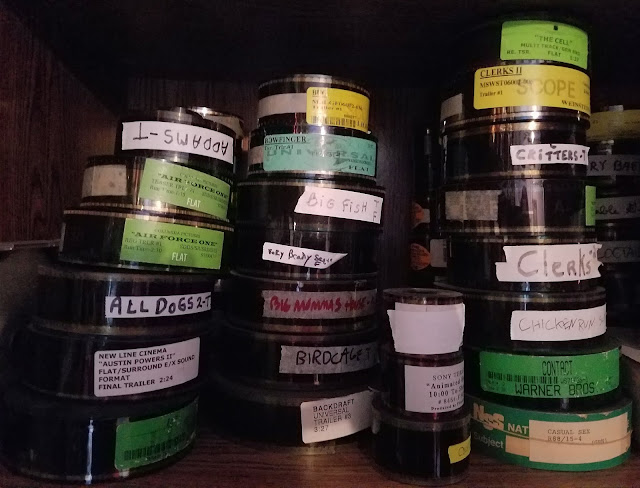 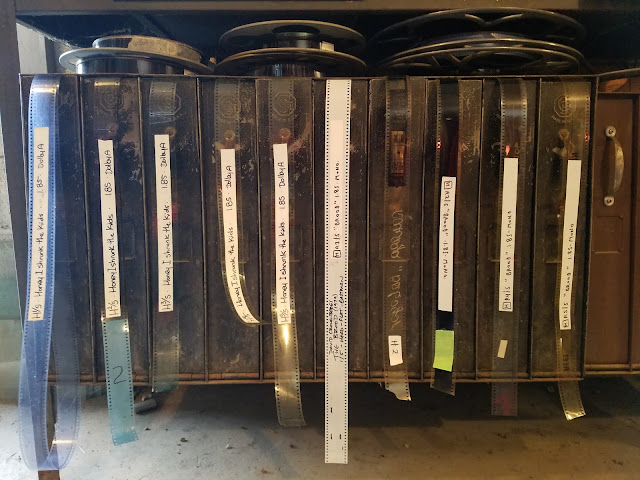 There are stacks of reels for film trailers from all different years and genres in the projection room.  You can also see the reels for the movie that they're showing that night.  Each 1,000 foot reel holds about 11 minutes of a movie, and switching reels and projectors throughout the length of a movie is an art form all its own. 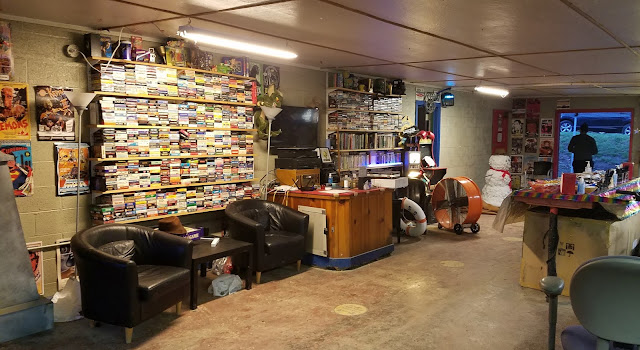 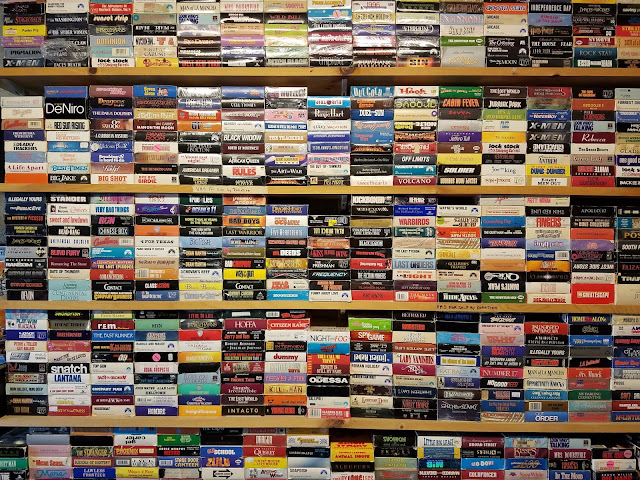 Across from the snack bar in the lobby is a sitting area with a stack of board games that you can play at one of the tables.  There are also hundreds of VHS tapes and records for sale at very reasonable prices, and a Mortal Kombat Arcade 1-Up machine. 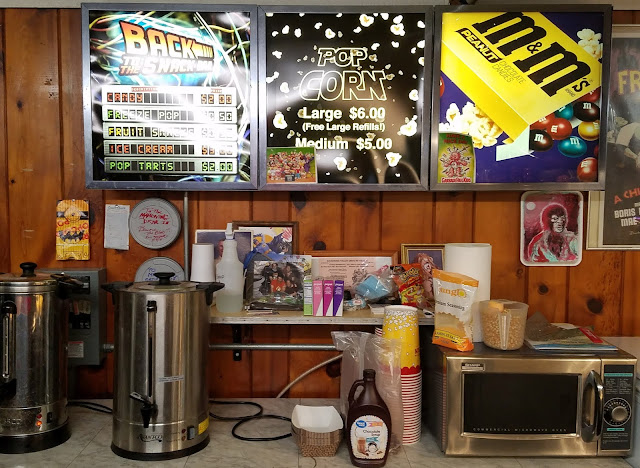 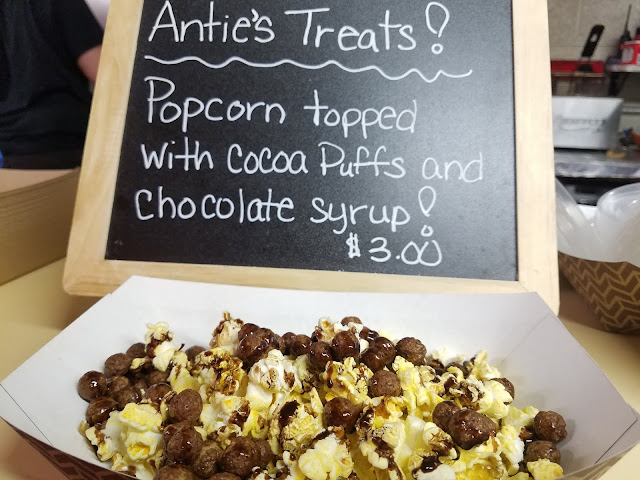 The snack bar has a lot of good things to eat and drink at very reasonable prices, but the best part is the specialty items of the day.  They come up with fun foods and snacks that are themed after the movie.  For example, when I saw Killer Klowns From Outer Space earlier this month, they were serving a Kotton Kandy Kokoonburg, which was a cheeseburger stuffed with pink cotton candy.  I tried it because I'll try any weird food at least once, and I was shocked to learn that it's actually really good!
Last Sunday, the specialty snack of the day was Antie's Treats, which is popcorn topped with Cocoa Puffs and chocolate syrup.  It's named after the most prominent non-human cast member of the Sunday night movie; the Disney's 1989 family classic Honey I Shrunk The Kids. 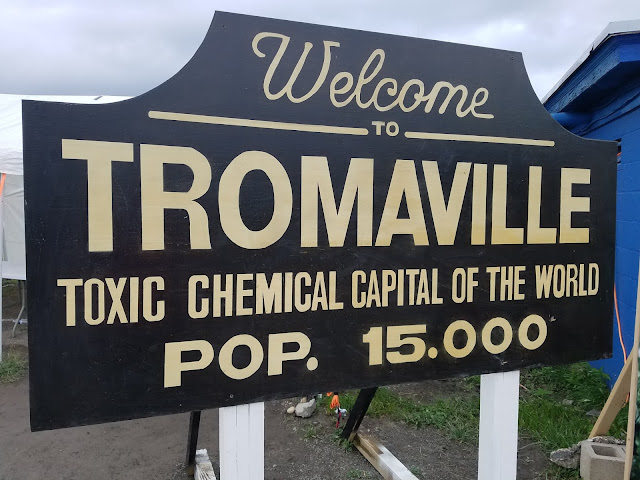 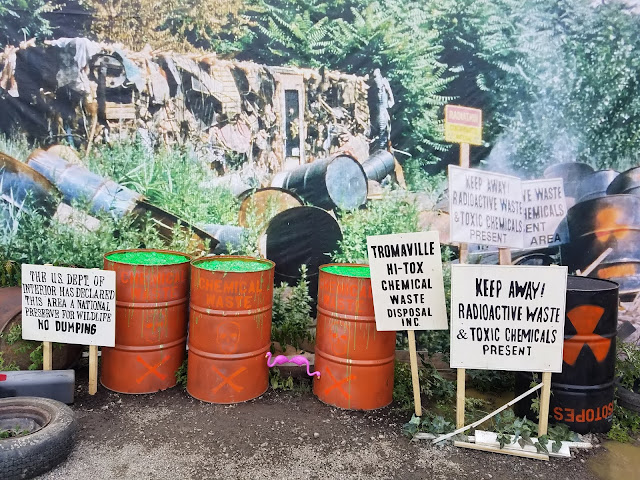 They had a display set up for Troma-Thon 2021 that took place this past Friday and Saturday.  I wasn't able to make it to those shows, but from the looks of these, it seems like it was pretty awesome!  Lloyd Kaufman was there and signed autographs and took selfies with fans free of charge.  They screened The Toxic Avenger II, Cannibal: The Musical and Surf Nazis Must Die on Friday and Shakespeare’s Shitstorm, The First Turn-On and Class Of Nuke 'Em High on Saturday.
The movie we saw on Sunday wasn't quite crazy enough to be a Troma film, but it's got a wacky and fun vibe all its own. 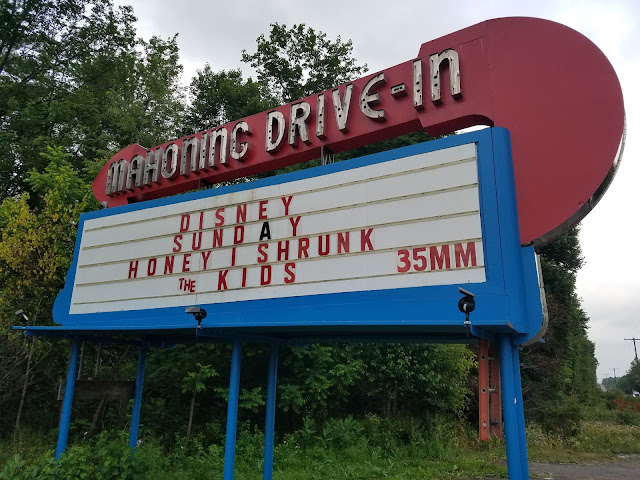 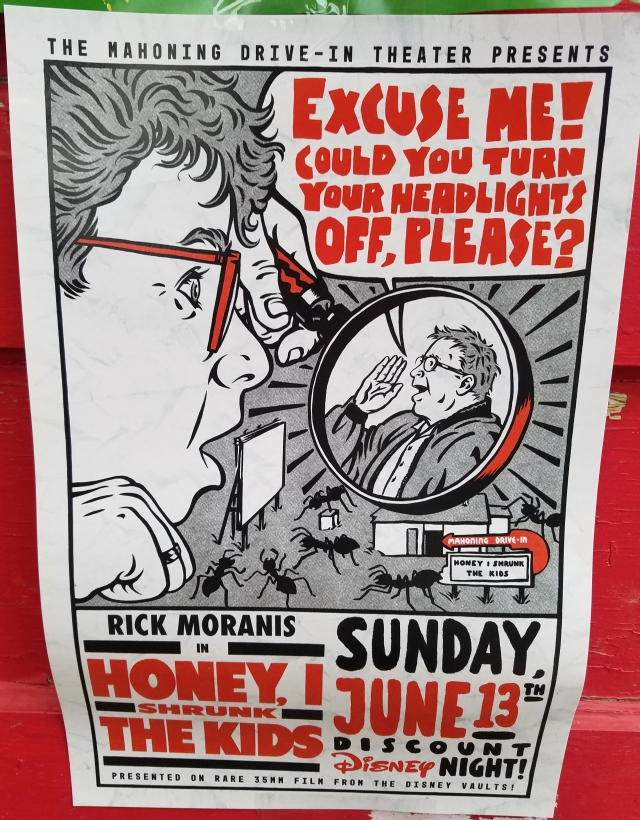 I first saw Honey I Shrunk The Kids when I was nine years old and loved it.  I didn't see it until it came out on home video, so this was my first time getting to see it on the big screen.  As always, the folks at the Mahoning Drive-In made the experience absolutely perfect.  They showed trailers for other Disney flicks from the era, including Dick Tracy and The Rocketeer, and they even showed Tummy Trouble, the Roger Rabbit short cartoon that was shown before Honey I Shrunk The Kids during its original theatrical run.  Perfect - absolutely perfect! 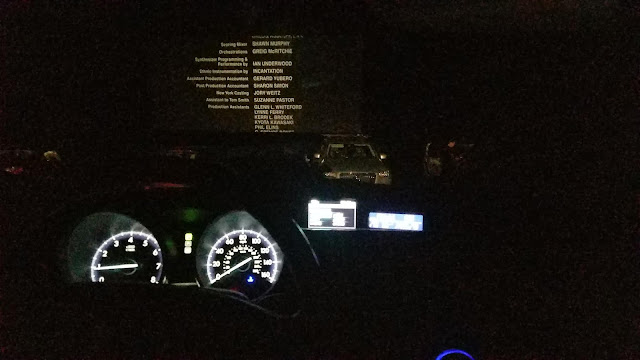 It was another wonderful night at the Mahoning Drive-In.  I've got tickets to see at least a dozen more movies here throughout the summer, and I'm sure that more will be added to the list before long.  I can't think of a better way to spend a nice, warm summer night than to relax and see a classic movie under the stars.