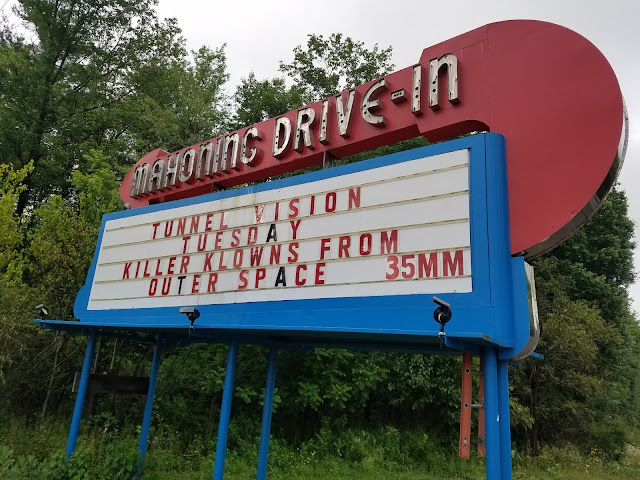 Killer Klowns From Outer Space
Mahoning Drive-In - Lehighton, PA
This drive-in is very quickly becoming one of my favorite places in the world.  I can't say enough good things about it.  It's a wonderful place to relax with folks who are just as crazy about movies as I am and see a film that I never expected to be able to see on the big screen, let alone at a drive-in theater.
The people who run the place are super friendly and cool, and the passion they have for what they do shines through at every opportunity.  In the lead up to the movie, they played some great music, including songs from the Killer Klowns soundtrack and score, and a David Hasselhoff song, which was shockingly not bad!  Seriously, if this place had a retro arcade and a lounge to watch Phillies games, I might not ever leave! 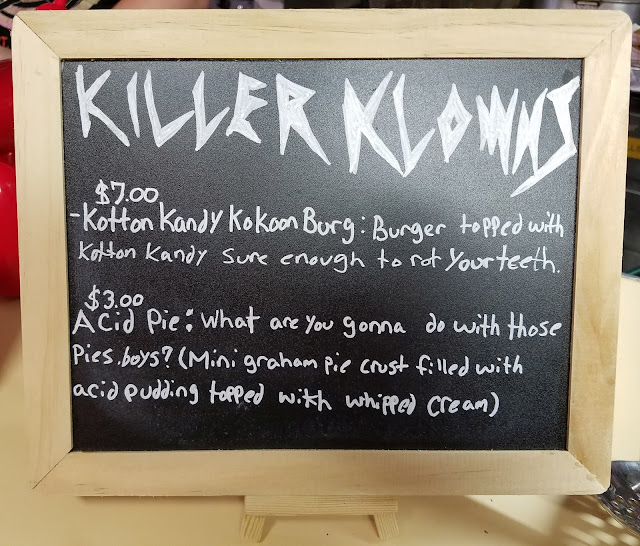 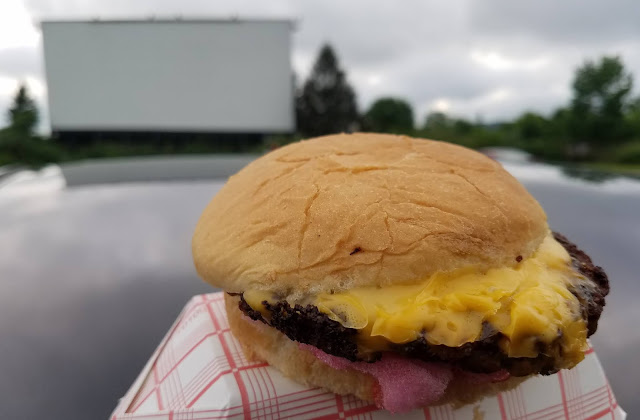 One of the many ways that the folks at the Mahoning Drive-In make the movie experience fun is the themed foods at the concession stand.  Yesterday, one of the menu items was a Kotton Kandy Kokoonburg - a cheeseburger with the meat placed on top of a pillow of pink cotton candy.  I had to break my diet to give this a try, and believe it or not, it was actually a pretty good combination.  I wouldn't have believed it if I didn't try it, but it works! 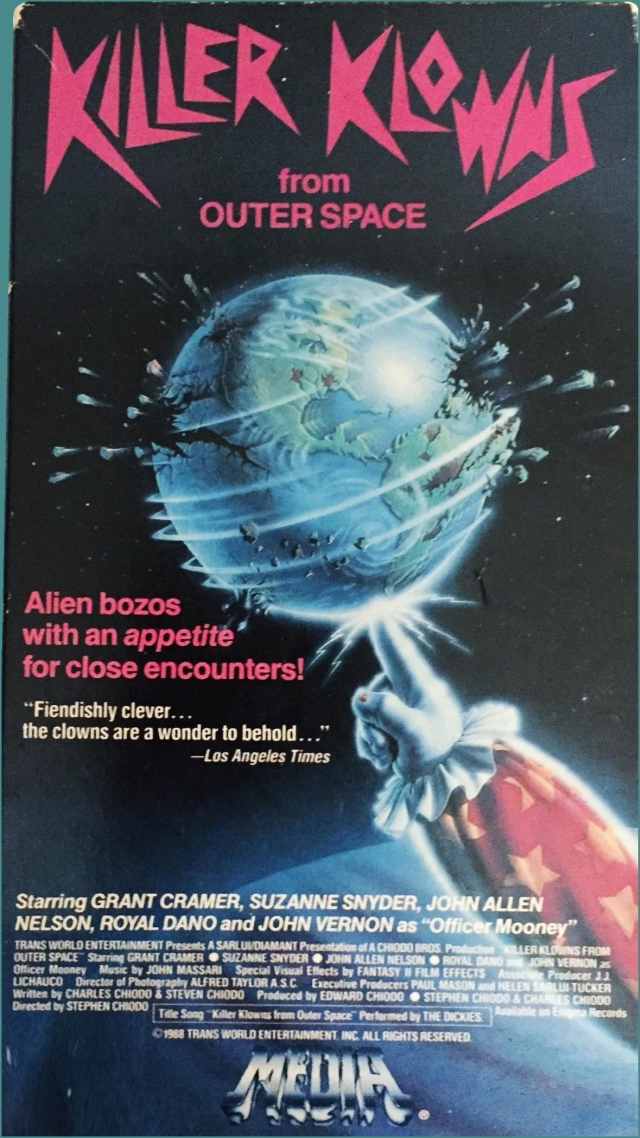 I was in elementary school in the late 80's the first time I saw Killer Klowns.  I know that it was on television, but I don't remember what channel.  A few years later when I lived in Florida, my dad bought me a copy on VHS from Blockbuster Video which I still have to this day.
After the credits, the tape has the full music video of The Dickies performing the title song from the film.  It's a catchy punk pop song and a decent music video that ties together scenes from the film and includes original footage of the Killer Klowns capturing the band one by one and locking them up in jail. 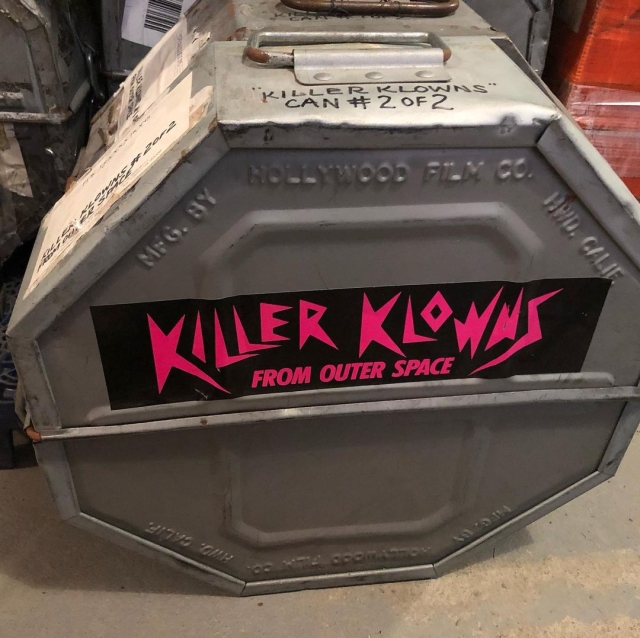 This is the film canister that held the 35mm print of Killer Klowns From Outer Space that we watched last night.  They've worked with Exhumed Films all year to bring a ton of incredible films to the drive-in. 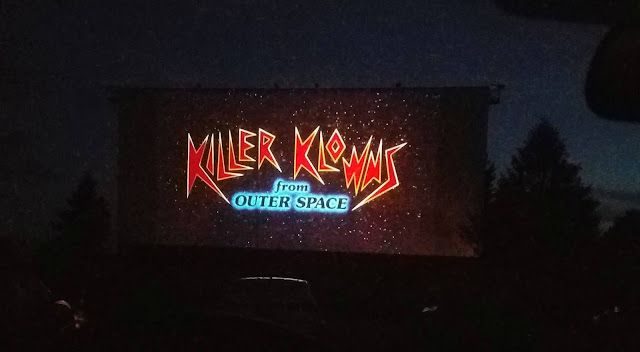 Before the movie began, they showed about 20 minutes of vintage trailers from horror and grindhouse flicks from the 50's, 60's and 70's, and I swear to god, sitting in my car under the stars on a warm night watching the original preview for The Terror, I Bury The Living, and When Dinosaurs Ruled The Earth (among many others) is pretty close to feeling like a magical experience.  It set the tone perfectly for one of my favorite horror flicks from my childhood: Killer Klowns From Outer Space.
Seriously, if you love movies and you live within driving distance of the Mahoning Drive-In, you really owe it to yourself to come see a movie here at least once.  It is perfect!