Captain America Walks It Off 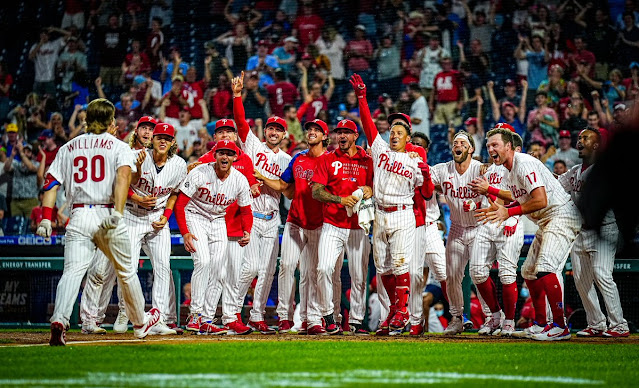 Luke Williams
Philadelphia Phillies (2021)
The newest member of the Phillies has had one hell of a good week.  It began on Saturday when he helped Team USA qualify for the Olympics.  In four games of the qualifying tournament in Florida, he hit .444 with a double, a triple, a home run and six RBI, and he made a fantastic catch in left field.
Not long after the tournament, he was told he wouldn't be traveling to Tokyo to play in the Olympics because he was being called up from Triple A to join the Phillies.  The right hander is a valuable addition to the Phillies lineup, particularly since he can play every position except pitcher and catcher.
He came into the game against the Braves on Tuesday and made his Major League debut when he came in to pinch hit in the bottom of the 5th.  In his first MLB plate appearance, he singled off of former Phillie Drew Smyly and advanced to 3B on an error.  Yesterday, he made his first start in a Major League game, and he responded in a big way.  He started the game in center field and got his first career extra base hit with a double in the bottom of the 4th.  Then came the bottom of the 9th.  The Phillies were losing 1-0.  There were two outs and Andrew McCutchen on first, and up to the plate came Luke Williams.
Just watch this.  Even if you don't care about baseball at all, just watch this 24 year old rookie experience the dream that every kid who ever played Little League baseball come true before his eyes.

After the game, Zach Eflin spoke to the media about the atmosphere in the clubhouse, and whether he realized it or not, he gave the kid what is sure to be his nickname.  He said “We were in the trainer’s room. We spoke it into existence. We said, ‘Captain America is going to end it right here.’ We said it and he clubbed it. We were freaking out." 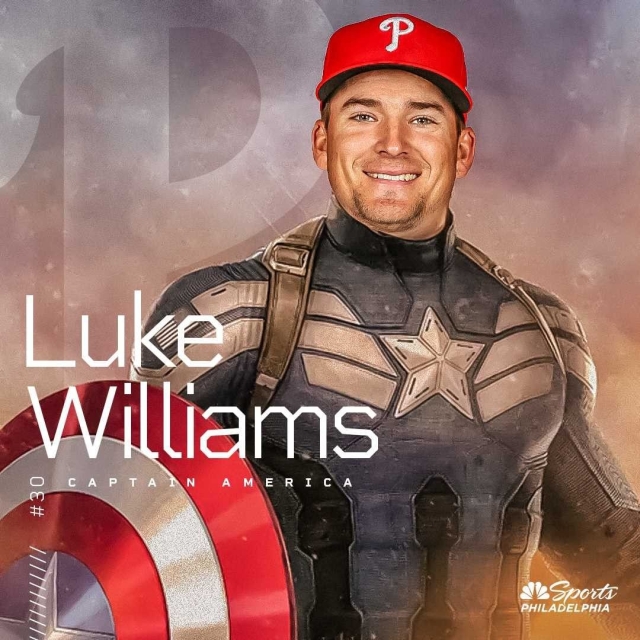