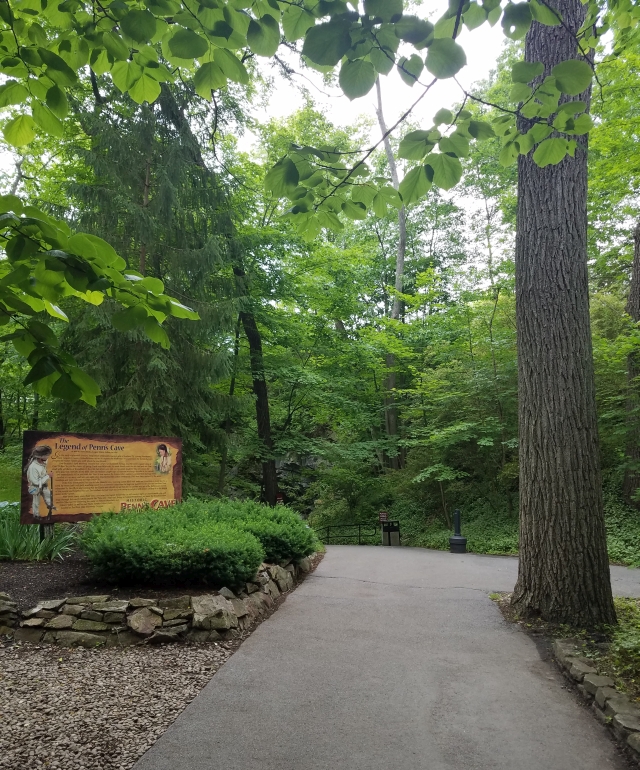 Penn's Cave & Wildlife Park
Centre Hall, PA
Yesterday, we took a trip to a cavern that formed over three million years ago underground in Central Pennsylvania.  It's called Penn's Cave, and they have been hosting guided tours through the cavern since 1885. 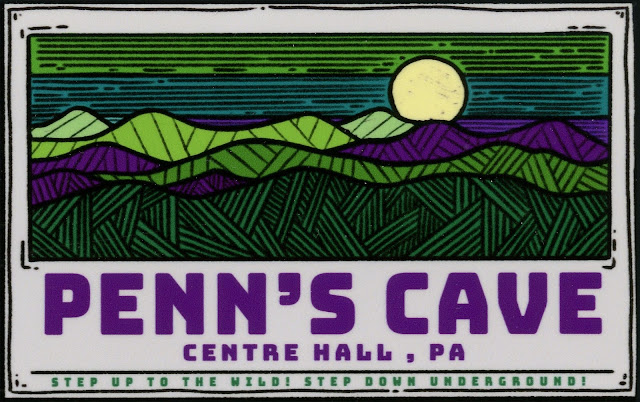 I didn't realize until we got here is that the cave has a small river running through it that leads to a lake in the woods, so the journey through Penn's Cave is a guided tour on a motorboat. 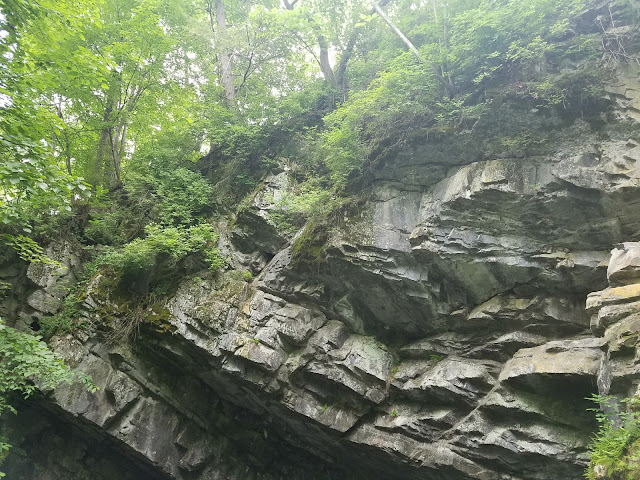 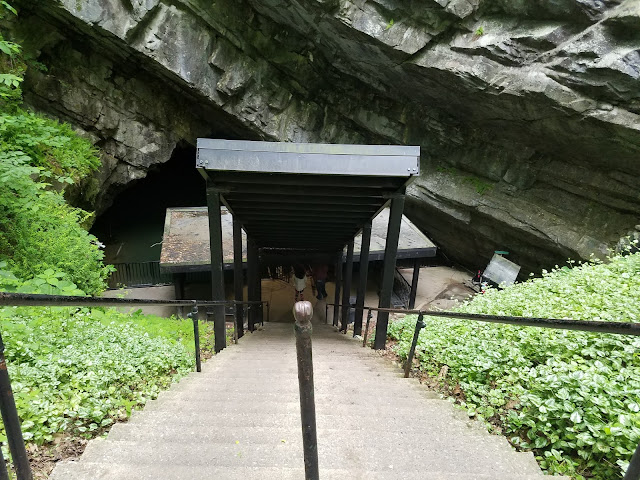 There is a small path through the woods that ends in a staircase that leads down to the entrance of the cave.  After boarding the boat, the tour guide led us through the caverns while explaining its history, the geological facts of the cave, and many of the interesting stalactite and stalagmites that have formed over millions of years.
This was an incredible experience that cameras cannot do justice due to the low light setting.  You really have to go into the cave and be surrounded on all sides to truly experience its beauty. 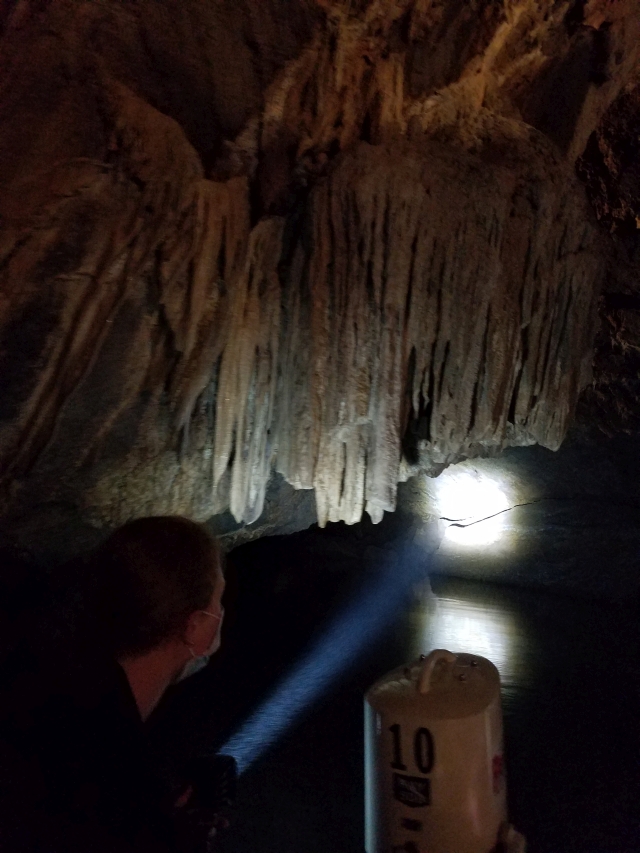 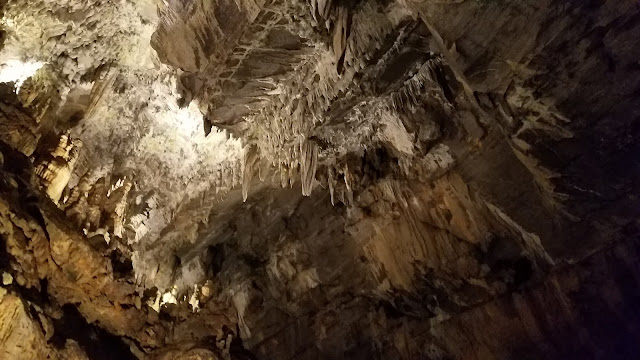 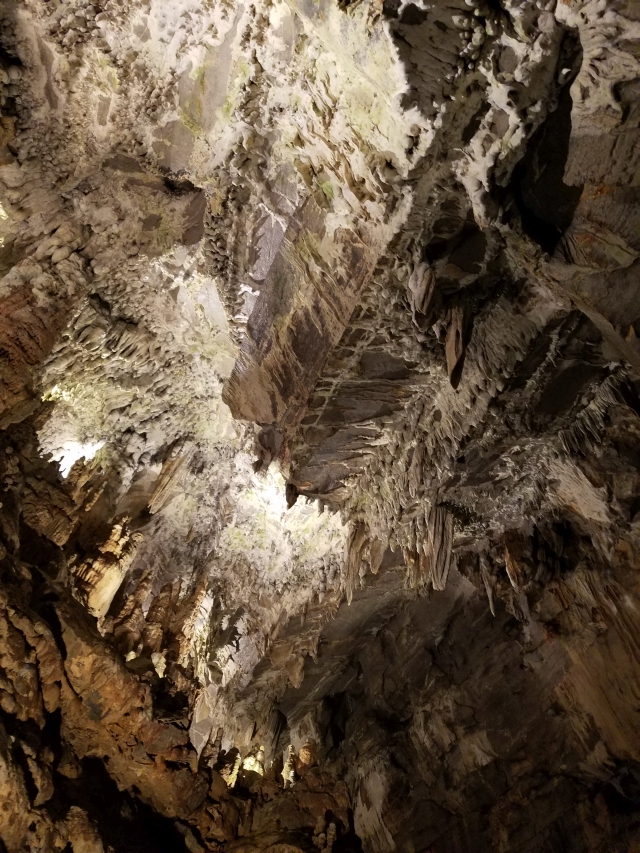 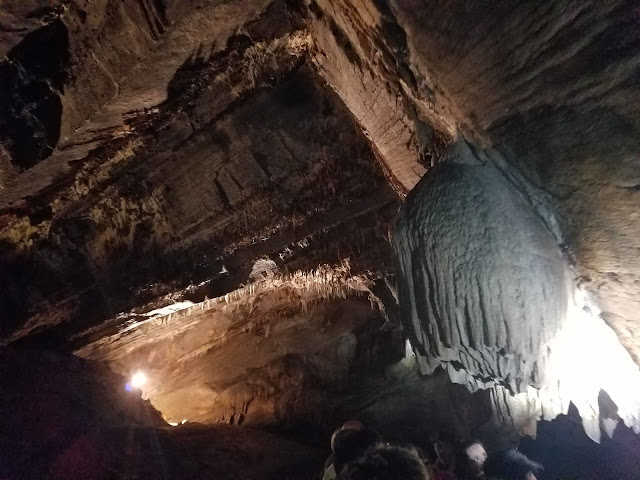 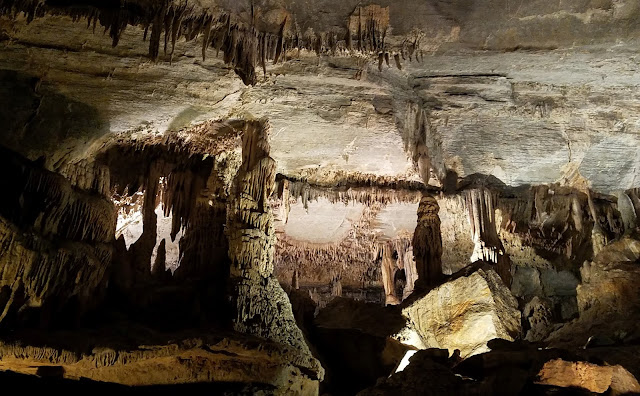 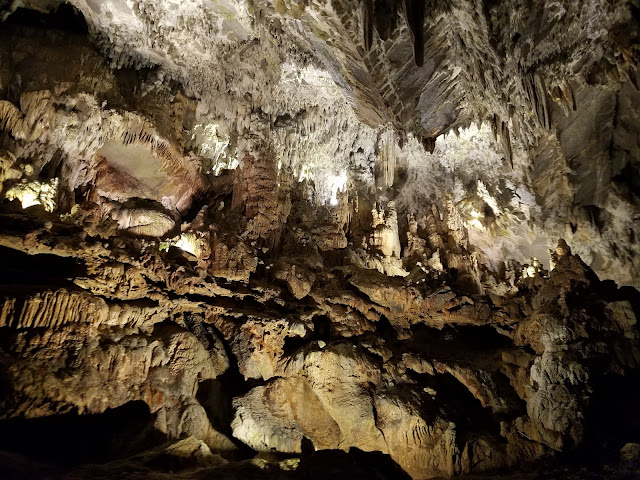 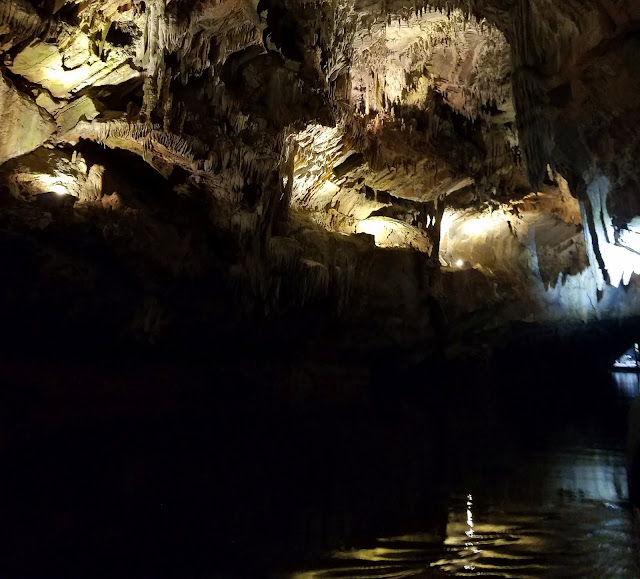 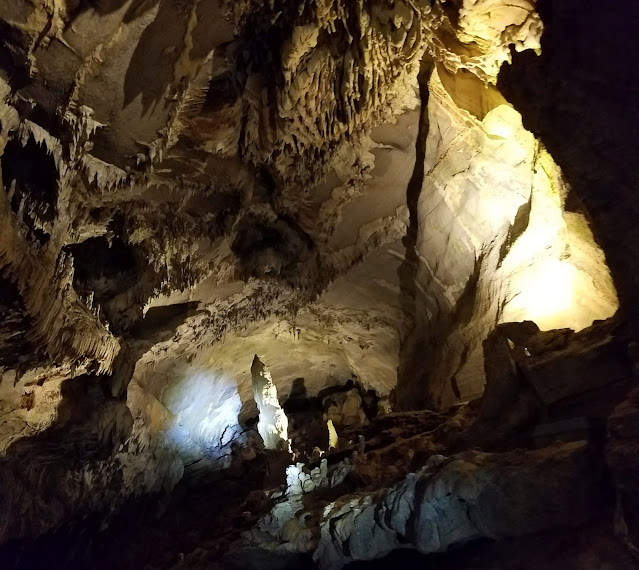 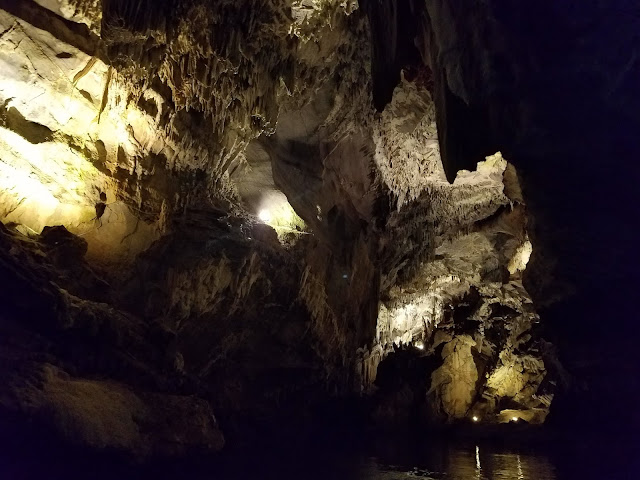 The tour through the cavern lasts nearly an hour.  We came out of the other side onto Lake Nitanee, where we turned around and went back through the cave a second time to the entrance where the tour began. 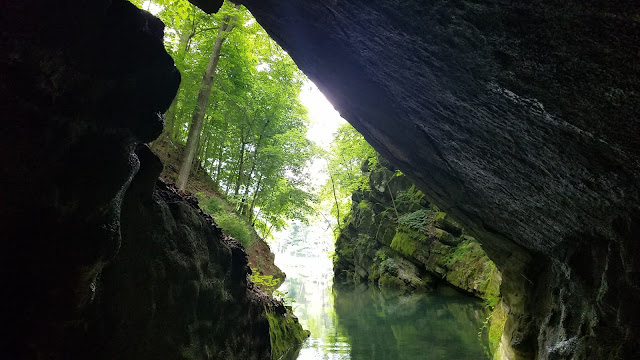 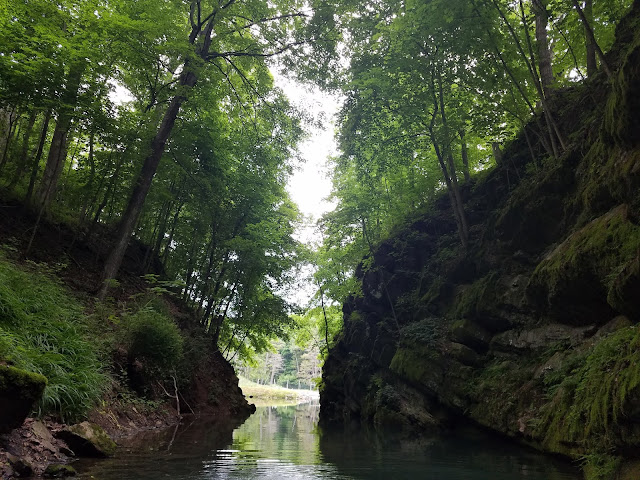 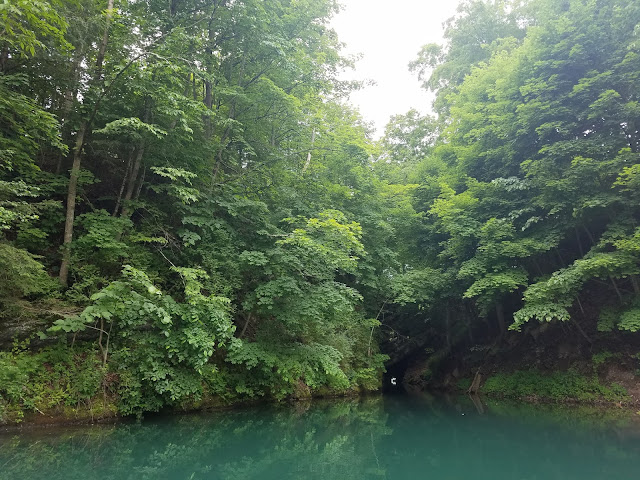 There were lots of statues and carvings throughout the park.  This owl was my favorite out of all of them. 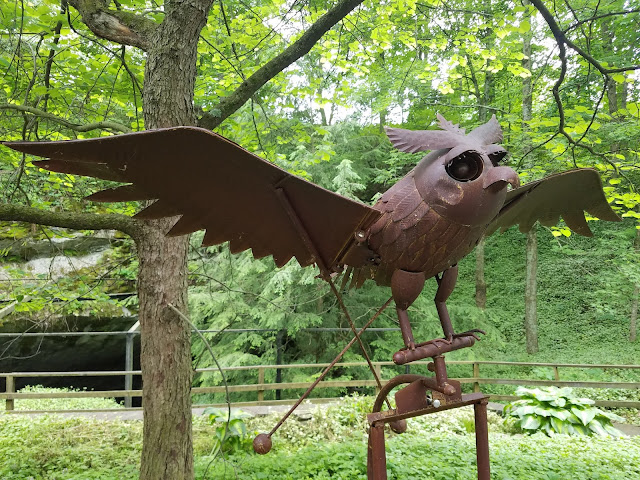 When we were finished with the cavern tour, we grabbed a couple of bison burgers for lunch and then boarded a bus to go through the Penn's Cave Wildlife Park. 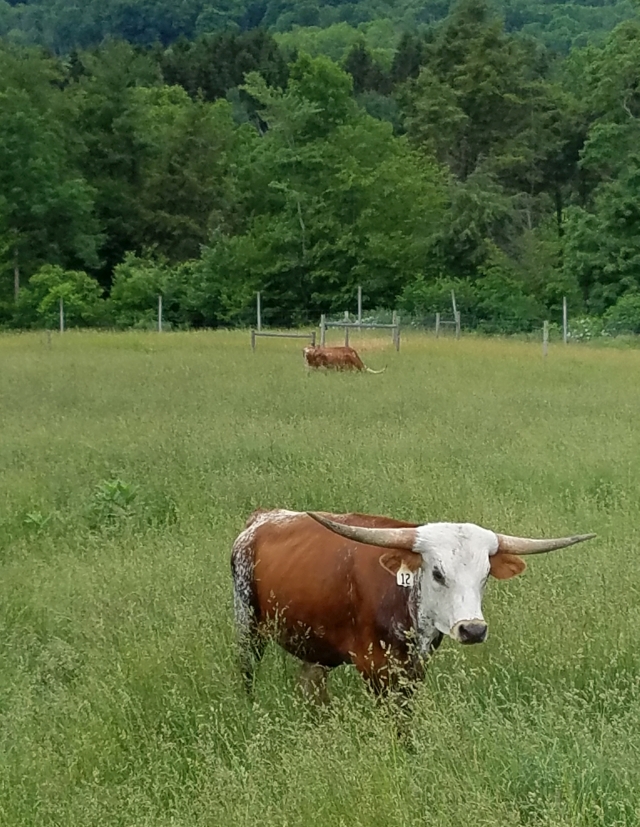 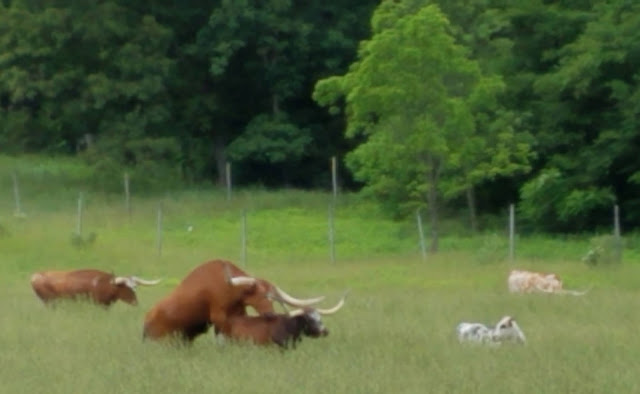 There were a lot of animals other than Longhorn cattle in these two photos, including bears, timber wolves, foxes, bobcats, elk, whitetail deer, and many others.  I didn't take too many pictures, but I managed to catch a couple of Longhorns in a compromising position. 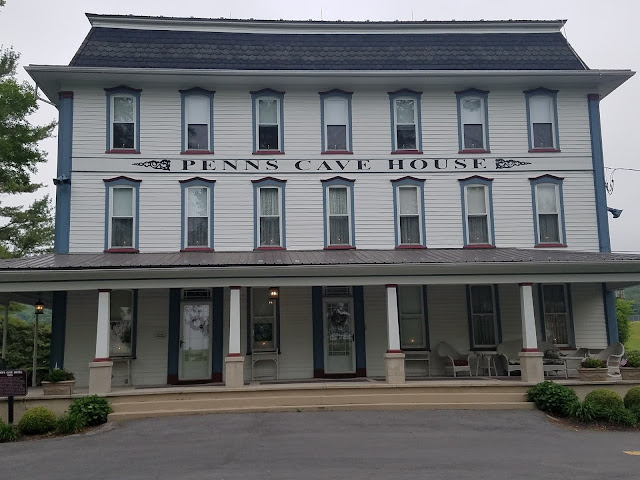 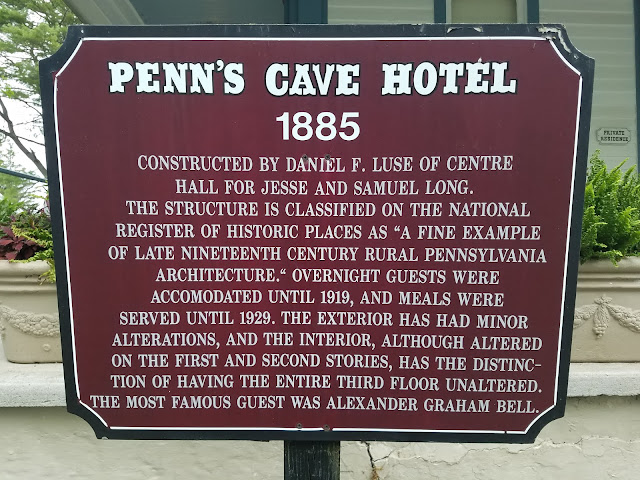 Last, but not least, the grounds includes the historic Penn's Cave Hotel where Alexander Graham Bell once stayed.  It wasn't open for tours, and I'm pretty sure it's being used now as the offices for the park, but it's a very impressive and historic building.  The entire grounds, including the hotel and the cave, were named to the National Register of Historic Places in 1976.
Overall, this place is amazing.  The people who work here are very friendly and knowledgeable, the place is beautiful, and it is definitely worth visiting.