A Present For The Old Timer 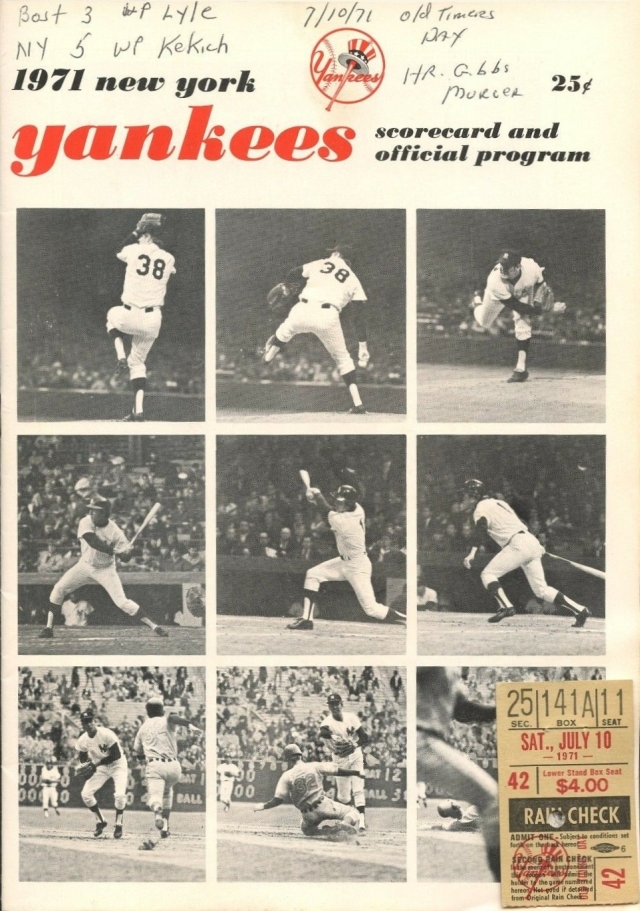 Boston Red Sox @ New York Yankees
Yankee Stadium - July 10, 1971
These days, I never know what to give to my dad as a present.  I took him to a ballgame a few times for Father's Day.  We couldn't go last year due to the Covid-19 quarantine, and the Phils are in San Francisco today, so that's not going to happen this year.  Dad isn't nearly the sap for nostalgia that I am, but I'm hoping this idea brings a smile to his face.
My grandfather wasn't a big sports fan, but his church was hosting a bus trip to New York to see the Yankees play the Red Sox, so he and my dad went.  It was the only baseball game they ever went to together. 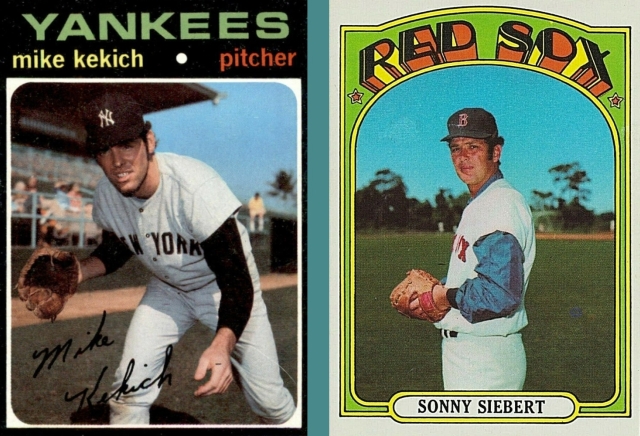 I've asked Dad about this game, but he didn't remember much.  He wasn't sure of the year, but he knew it was some time in the early 1970's.  He also knew that it was a Red Sox vs. Yankees game that happened on Old Timer's Day, which was basically the Yankees version of Alumni Night in which stars from the past come back to be honored by the fans.  Dad also remembered that Mike Kekich pitched for the Yankees, and Sonny Siebert pitched for the Red Sox.
After a little bit of digging, I found the only game between the Yankees and Red Sox that took place in Yankee Stadium in the early 70's in which both Kekich and Siebert pitched.  It was Saturday, July 10th, 1971, and it coincided with that year's Old Timer's Day, so that was the game.  Dad was 12 years old at the time, and Grandpa was 34.
I found a program from the game on eBay and some news clippings, so I put them together to give to Dad.  It's not the one with the ticket stub in the picture at the top (that one was going for a fortune), but I found one without a ticket stub that was much more reasonable. 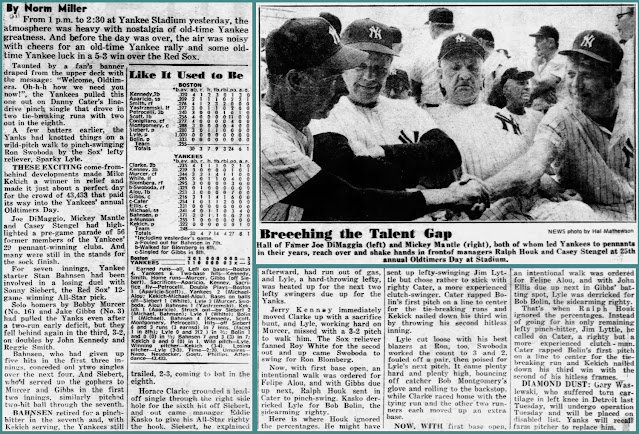 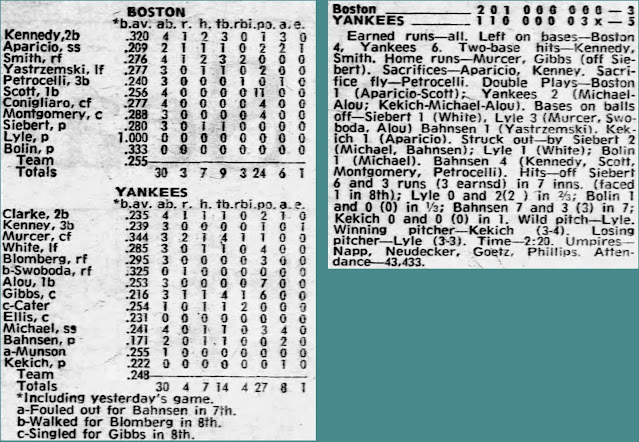 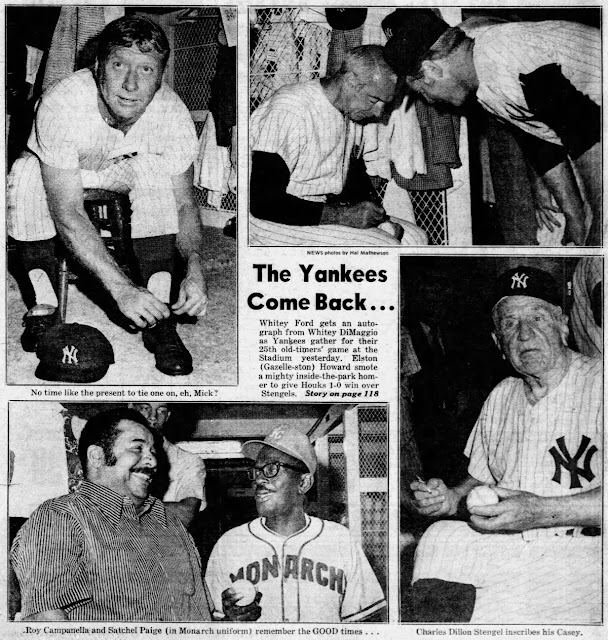 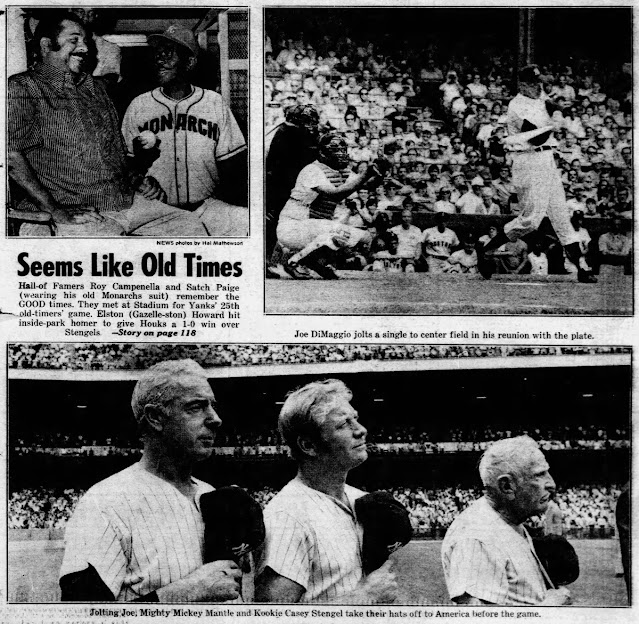 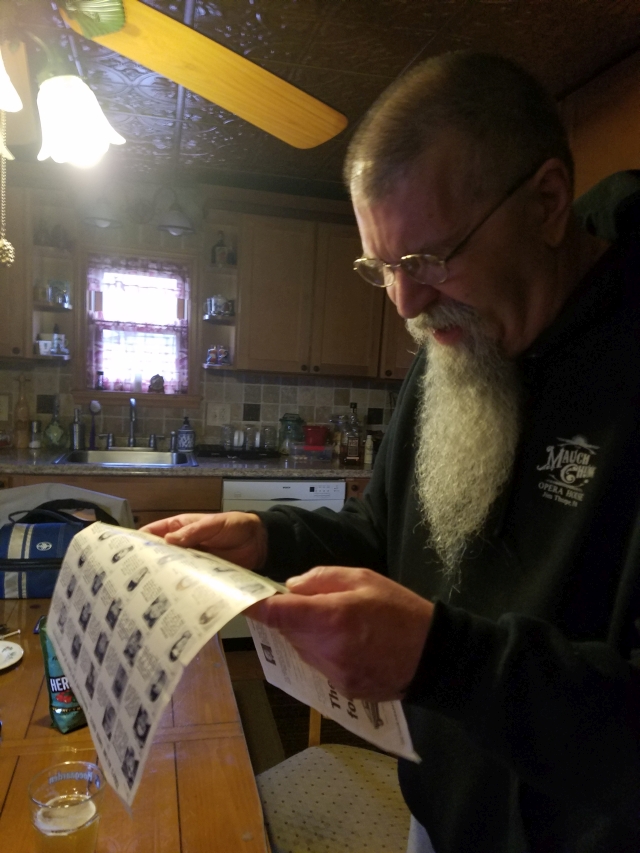 He seemed to really like it.  I'm glad, because I'm really starting to run out of gift ideas for the dude!