Who Can Turn The World On With His Prostate 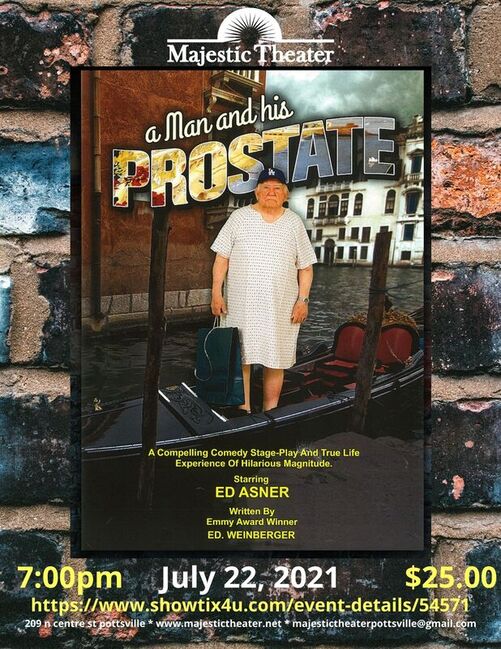 A Man and His Prostate starring Ed Asner
Majestic Theater - Pottsville, PA
When my dad mentioned to me that he and my stepmom were going to see a one man play featuring Ed Asner, my reaction probably wasn't as graceful as it could have been.  I looked up and said "holy shit, he's still alive".  When I was a kid, I used to watch him as Lou Grant on reruns of The Mary Tyler Moore Show that aired on Nick At Nite.  The series ran from 1970 to 1977 and he was an older man back then, before I was born.  I was surprised to see that he was still acting when I saw Elf in theaters back in 2003.  He was 74 years old at the time and it was awesome to see him as Santa Claus, but I thought for sure that he must have just come out of retirement for one role.  Evidently, that wasn't the case.  Not only is Mr. Asner still very much alive (he'll be 92 years old this November), but he's touring small theaters across the United States to talk about his prostate. 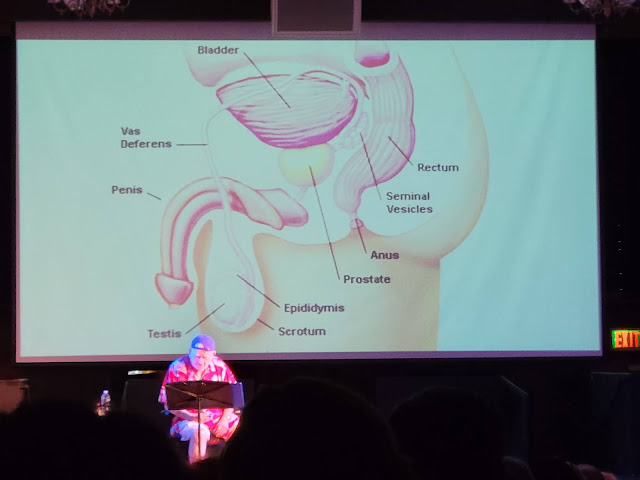 I'm not sure what I was expecting this to be, but it was a very funny show.  Mr. Asner performed as himself and told a fictitious account of a cruise that he and his wife took to Italy that took a slight detour when he was rushed to the hospital with prostate trouble.  His wit and comedic timing are as sharp as ever, and his trademark gruff voice has barely changed from his days as Lou Grant.
This is definitely a show worth seeing if it comes to your area.  You'll laugh.  You'll cry.  Well, you probably won't cry, but you'll come out of the show with a brand new appreciation of your prostate and the difficulties a man can have while trying to test his sexual equipment when he's alone in Rome on Easter Sunday.