Grab The Kool-Aid Man For Invincibility 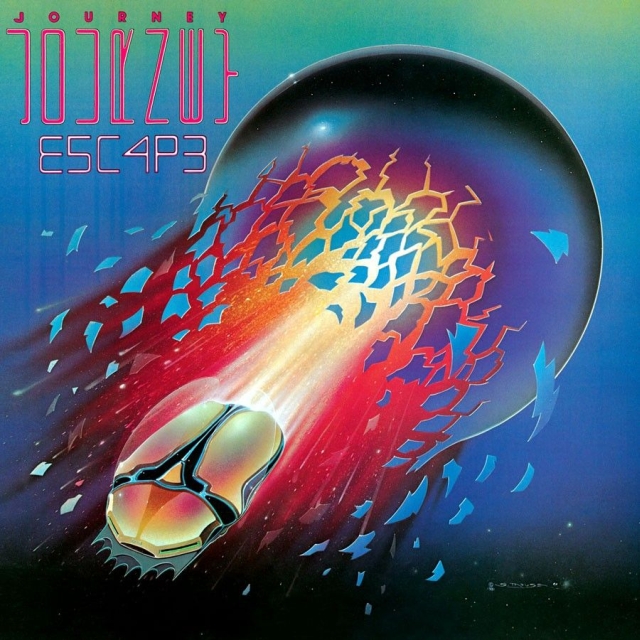 Escape
Journey (1981)
Escape, the seventh studio album from Journey is turning 40 years old this weekend.  It went on to sell over 12 million albums worldwide and featured four songs that hit the Billboard Hot 100, including the iconic 80's anthem Don't Stop Believin'. 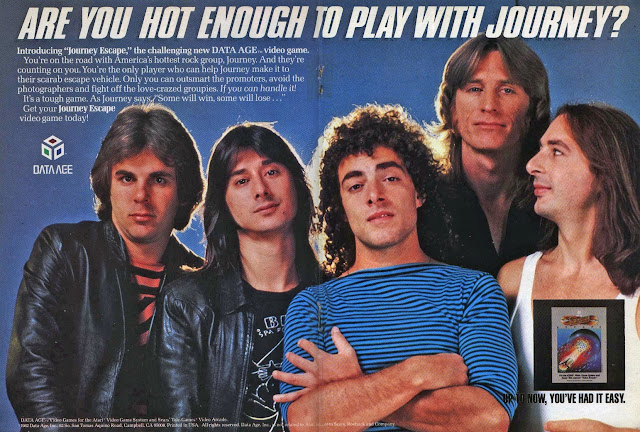 My first exposure to the album, as well as it's biggest single, didn't come from the radio or the record.  It came from the chiptune soundtrack to Journey Escape for the Atari 2600.  You play the game by guiding Steve Smith, Jonathan Cain, Ross Valory, Neal Schon, and Steve Perry, one at a time, through a vertical field of stars.  The object is to reach the scarab spaceship from the album cover with as much money as possible.  Along the way, you have to dodge love-crazed groupies (heart with legs), shifty-eyed promoters (frowning heads in a blue top hat with a yellow bow tie), sneaky photographers (flashing white circles) and stage barriers (long barnyard fences).  If you touch any of them, they will slow your progress and steal your money.
You can become temporarily invincible by finding one of your loyal roadies (blue aliens), but the power-up that you really want to find is the Kool-Aid Man.  The instruction manual says that he is your "mighty manager", but look at him.  He's the Kool-Aid Man.

Like many games of the era, the current generation of gamers probably wouldn't be too impressed with it, but I had a lot of fun playing it as a little kid in the mid 80's, and I still pop it in once in a while for the warm, fuzzy nostalgia vibes.  If you want to give it a try, it's not very expensive or hard to find.