The Movie Never Ends. It Goes On And On... 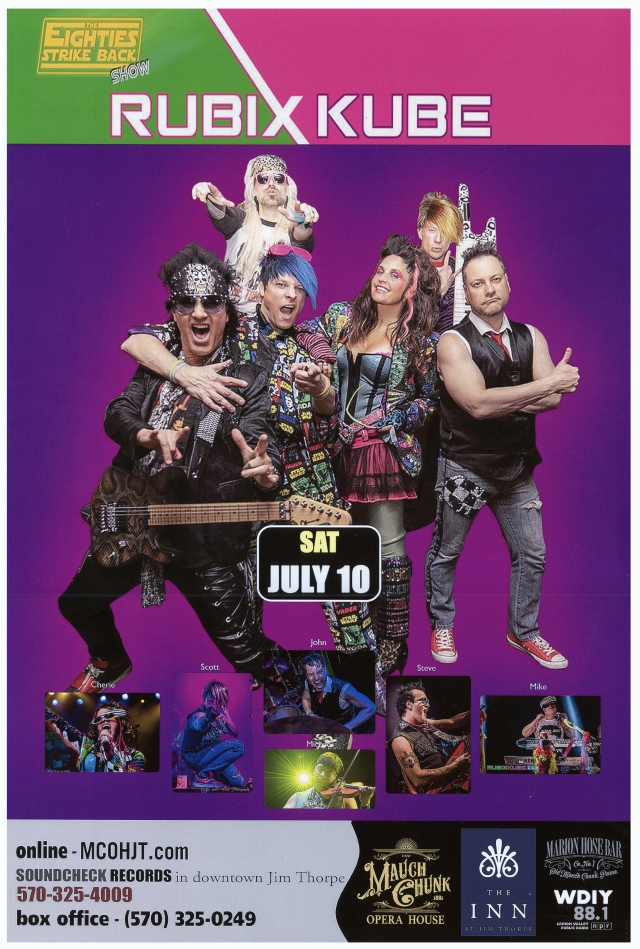 Rubix Kube
Mauch Chunk Opera House - Jim Thorpe, PA
I saw Rubix Kube for the first time in Jim Thorpe when I was still in college.  Their show absolutely blew me away - the music, the energy, everything was incredible.  I've gotten to see them many times since then.  The band has undergone a lot of changes over the past eleven years, but they're every bit as amazing as the first time, and I try to go see them any time that I can. 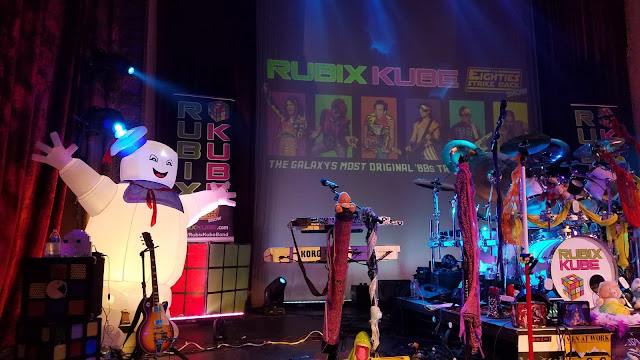 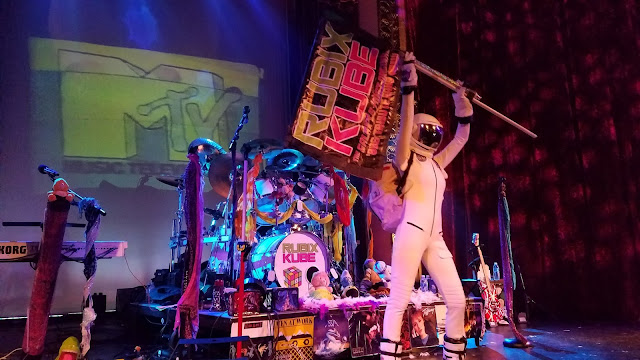 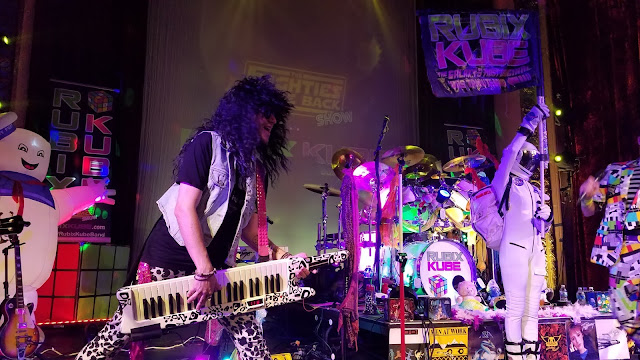 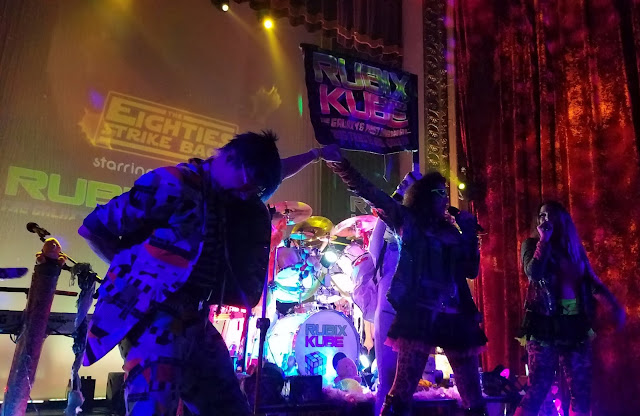 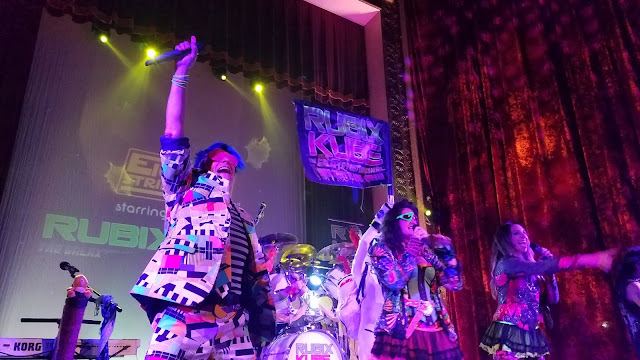 Cherie Martorana Neve and Scott Lovelady are still on lead vocals, and John LaSpina is still on drums, and they still rock the stage with the same superstar presence that they have had every time I've ever seen them. 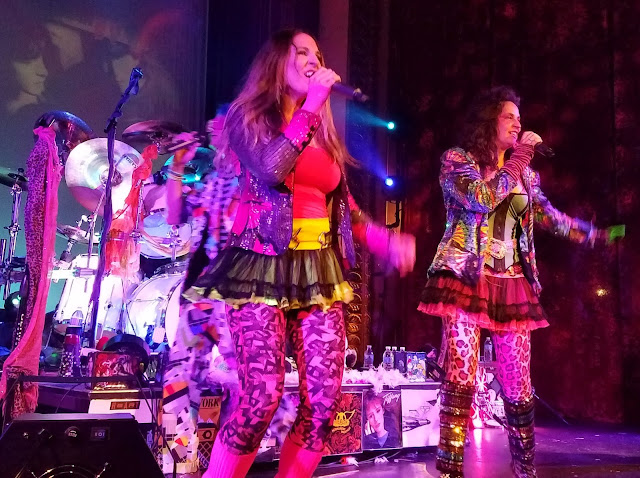 The band has added another singer since the last time I saw them.  Her name is Devon Marie, and she's excellent!  She took the lead on Whitney Houston's I Wanna Dance With Somebody and absolutely melted the crowd's heart when she invited her little girl on stage to sing with her.  She also shared with the crowd that her little daughter has a brand new 3 month old baby sister.
Devon has a great voice, an awesome stage presence, and she fits in perfectly with Rubix Kube.  If you hadn't seen the band perform before her addition, you would have never known that she wasn't a member of the group from day one. 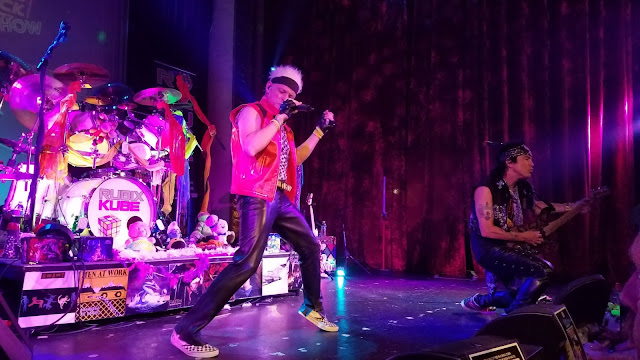 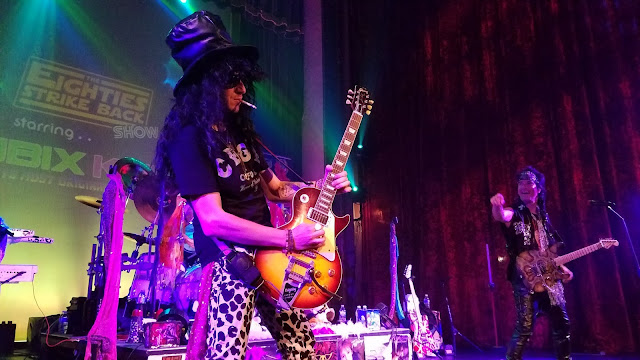 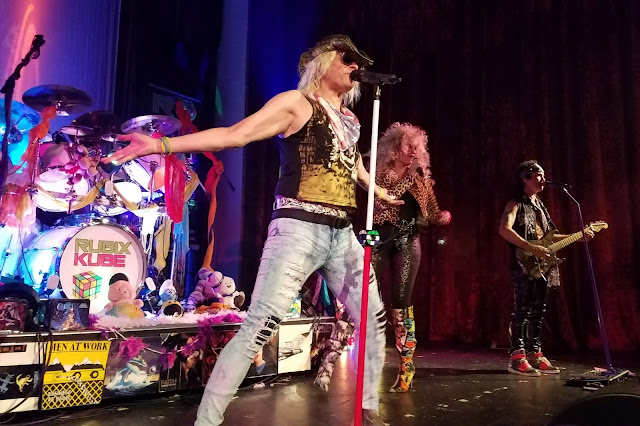 The band also includes Steve Brown on lead guitar.  He was the lead guitarist, songwriter and one of the founding members of the 80's hair metal band Trixter.  Bassist P.J. Farley was also in Trixter in the 80's, starting in 1988 when he was just 16 years old, and he also just joined Chris Jericho's band, Fozzy, as their bass guitarist last year.  The band is rounded out by Mike Pex, Mike Hunter and Georgios Pesios.
One of the things that has evolved over the past eleven years is the costume changes, including Paul Simon, Billy Idol, Tony Basil, David Lee Roth, Tina Turner, Axl Rose, Slash, Prince, Ozzy and Bon Jovi.  It's a hell of a lot of fun, and they just keep adding to it with more. 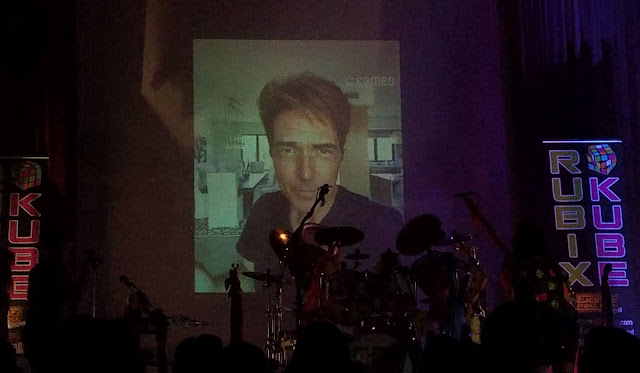 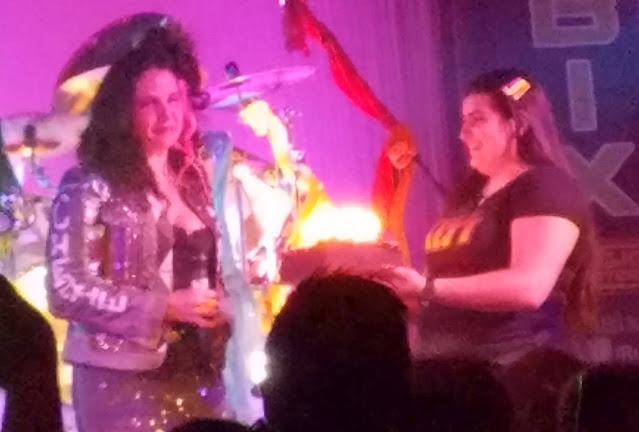 Steve's birthday is coming up on the 13th and Cherie's is on the 17th, so they brought out a birthday cake and the crowd sang happy birthday to them both.  They also played a birthday greeting from Richard Marx on the screen. 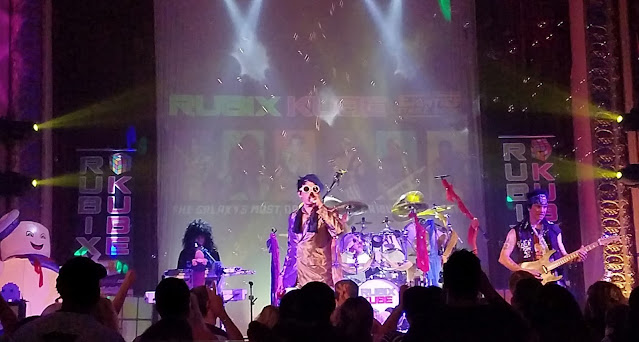 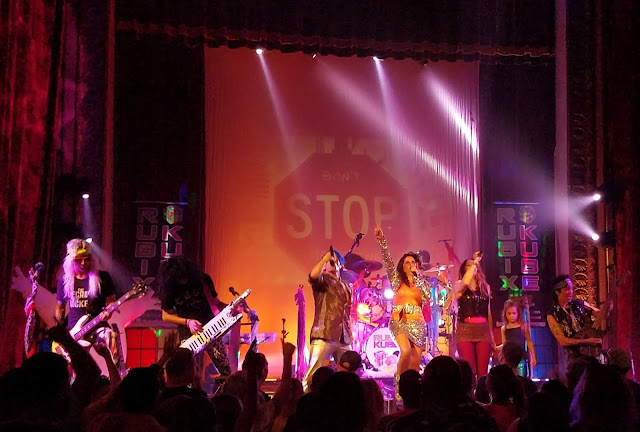 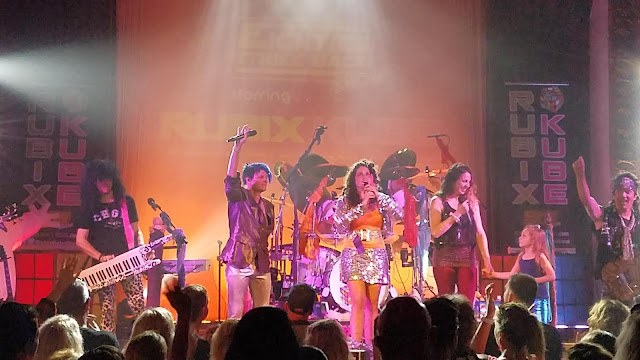 Rubix Kube is going to be at Musikfest in Bethlehem this August, and I'm going to try like hell to get down to see them. 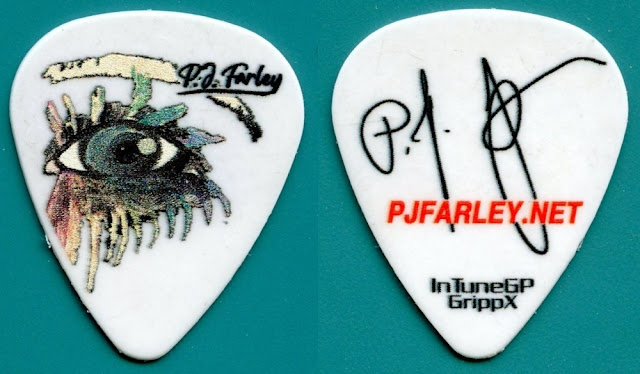 After the intermission, we went back to our seats to sit down for the second half of the show.  Some dude thought it was his seat and tried to take it, and then he seemed like he felt pretty bad when he realized he was in the wrong row.  No harm done - he wasn't a jerk about it or anything, so I forgot all about it.  However, after the show, he tracked me down to give me a guitar pick that he caught at the end of the show.  It's from bassist P.J. Farley; the member of the band who recently joined Fozzy.  He didn't have to do that.  I wasn't upset at him in the slightest, but that was pretty damn cool of him!
Here is the setlist from last night's show: 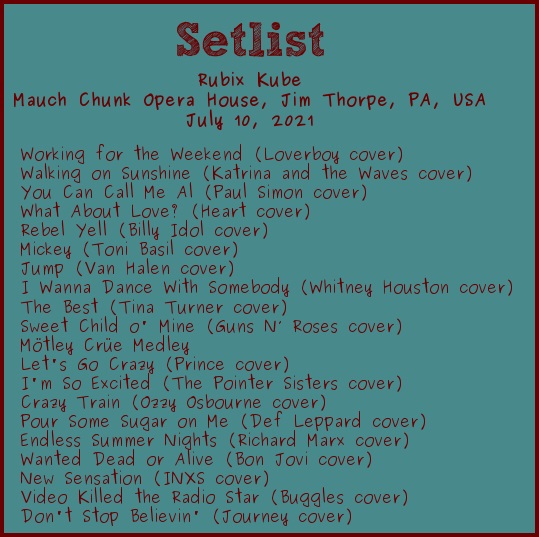