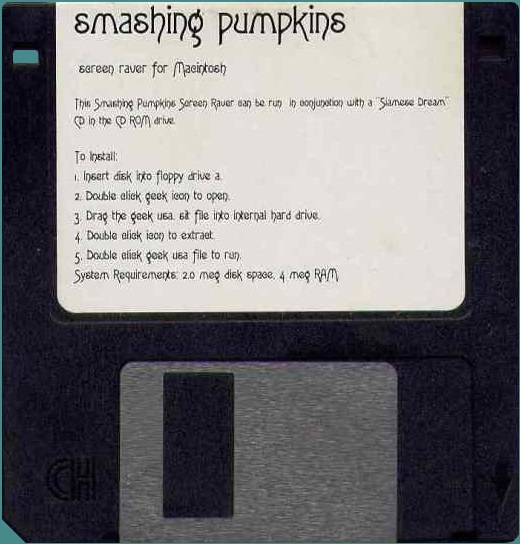 Smashing Pumpkins Screen Raver
Smashing Pumpkins (1993)
Siamese Dream was released 28 years ago.  It's one of my favorite albums of all time, and I played it constantly throughout high school.  When the album was released, the band also released these floppy discs that contained a "screen raver".  It was basically just a light show that was programmed to play in time with Geek USA when you put Siamese Dream in the CD Rom tray.

I never had the computer disc, but I downloaded the screen raver back in the 28.8 dial up days in the mid 90's.  The program has long since been lost, but Saint Marie Records uploaded it as a video on YouTube.  If you want to experience 5 minutes and 13 seconds of my freshman year in high school, go find an old IBM Aptiva with a CRT monitor and a set of cheap speakers, hook it up on an old beat desk in a room with dark wood paneling, turn off all of the lights except a blacklight bar from Spencer's and click the video below.