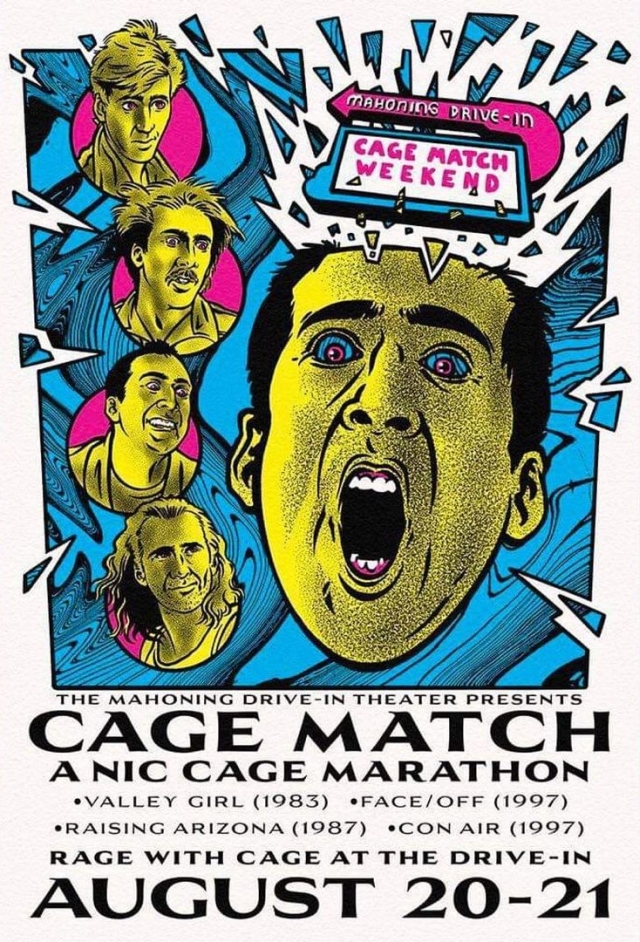 Valley Girl / Raising Arizona
Mahoning Drive-In - Lehighton, PA
Last night was the second episode of Rampage in Chicago.  Hometown legend CM Punk made his AEW debut in front of a crowd that went crazy to see one of the best pro wrestlers of his generation return to the business.  As much as I've been looking forward to it, I'm going to have to watch it on video over the weekend because I had tickets to a different kind of cage match on Friday.
The Cage Match at the Mahoning is a two night event with four movies starring the great Nicolas Cage.  Friday night is for the 80's, with a double feature of Valley Girl and Raising Arizona.  Saturday night is a 90's double feature of Face/Off and Con Air. 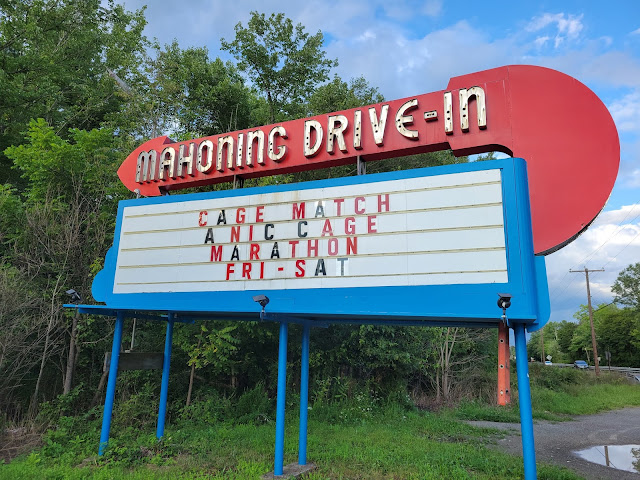 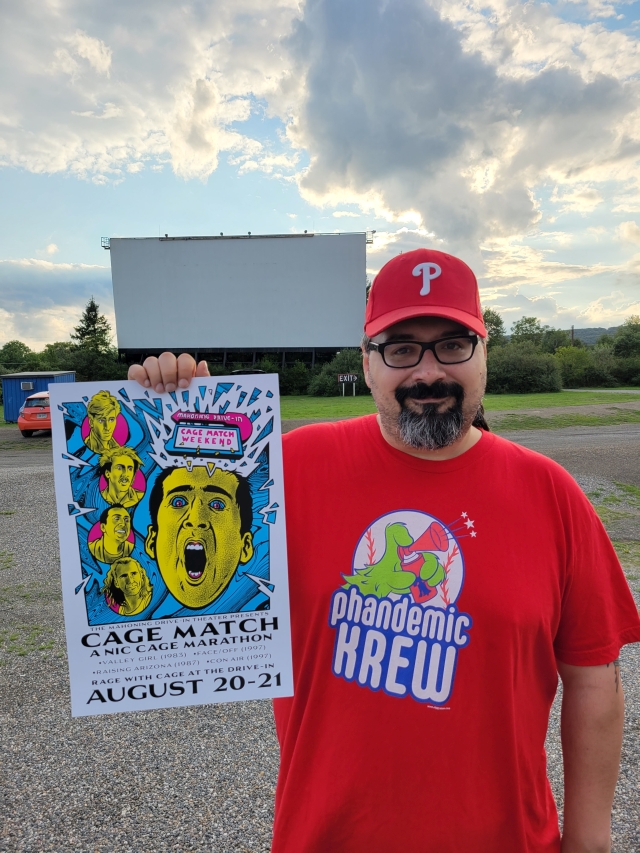 The poster for this show was created by artist Tom Bifulco.  There have been so many incredible posters for different shows and events at the Mahoning since they've started showing vintage movies.  I wonder if they ever thought about doing a set of Mahoning Trading Cards with poster artwork on the front of the card and facts about the movies, or the drive-in, or the event itself printed on the back?  They could even ask some of the special guests who have attended screenings to autograph a few of the cards that could be given away in the raffle. 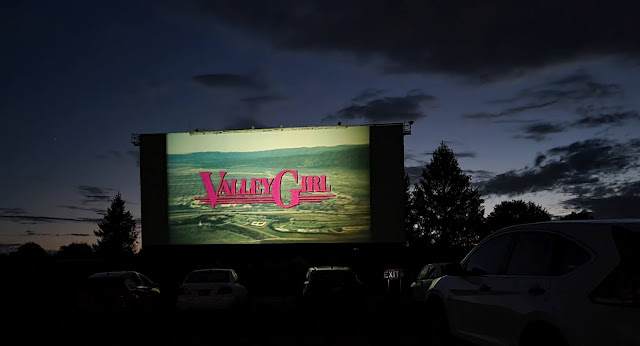 The first movie of the night was one of my favorite movies from the decade of my childhood - the 1983 romantic comedy Valley Girl.  This may be the most accurate depiction of the 80's that I've ever seen in television or movies.  When you see modern movies about the 80's, you'll often find a group of friends that has a punk rock kid, a metal kid, a rich preppy kid, a jock, a skater/surfer kid, a nerdy A/V club kid, and a drama club kid all hanging out together.  I kinda wish the 80's and 90's were like that, but it wasn't in any part of the country where I ever lived back then.  If you love the 80's and you want to see a great movie with an amazing soundtrack and experience a view of the decade that's quite a bit more realistic than The Wedding Singer, check it out. 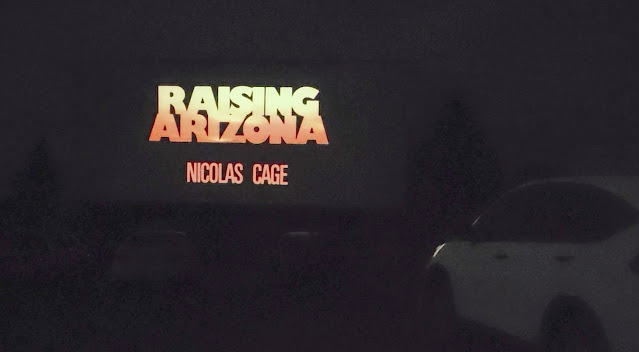 The second half of tonight's double feature was the 1987 film: Raising Arizona.  This was a first for me.  I really didn't know anything about this movie at all other than the fact that it stars Nicolas Cage, and the plot has something to do with a kidnapped baby.  I've seen it at the rental store many times over the years and always passed it up because I never really heard anything positive or negative about it.  Knowing me, I picked up the box, saw the word "baby", thought that it was one of those kid-heavy slapstick comedies, like Mr. Mom or Three Men And A Baby, and put it back on the shelf without a second thought.
Raising Arizona is a Coen Brothers film, which should have clued me in to the fact that this wasn't going to be a cookie-cutter family film.  However, for as much as I enjoy movies, I'm not a "movie guy".  I don't know the works of actors or directors, and I can't rattle off movie trivia the way that most of the other folks on the lot at the Mahoning can.  So, when you say "The Coen Brothers" to me, my honest reaction is going to be "Oh, I've heard of them!  I think I saw some of their movies".  If you were then patent enough with a dunce like me to explain that they're the writer/director team responsible for The Big Lebowski, my reaction would quickly change to "Holy shit, how did I not know that they did this film?!"
I'm very happy to say that Raising Arizona was nothing like what I had pictured from seeing the box at the video store.  It's an absolutely batshit crazy movie that's right up there with Lebowski as one of the most original and entertaining comedies that I have ever seen, and it's yet another thing I have to thank the Mahoning Drive-In for.  Unless I were to meet a Coen Brothers superfan who insisted that I give it a shot right then and there, I probably would have gone my whole life without ever seeing this film.  However, because it was a double feature at the Mahoning, I've seen it now, and I'm incredibly glad that I did!