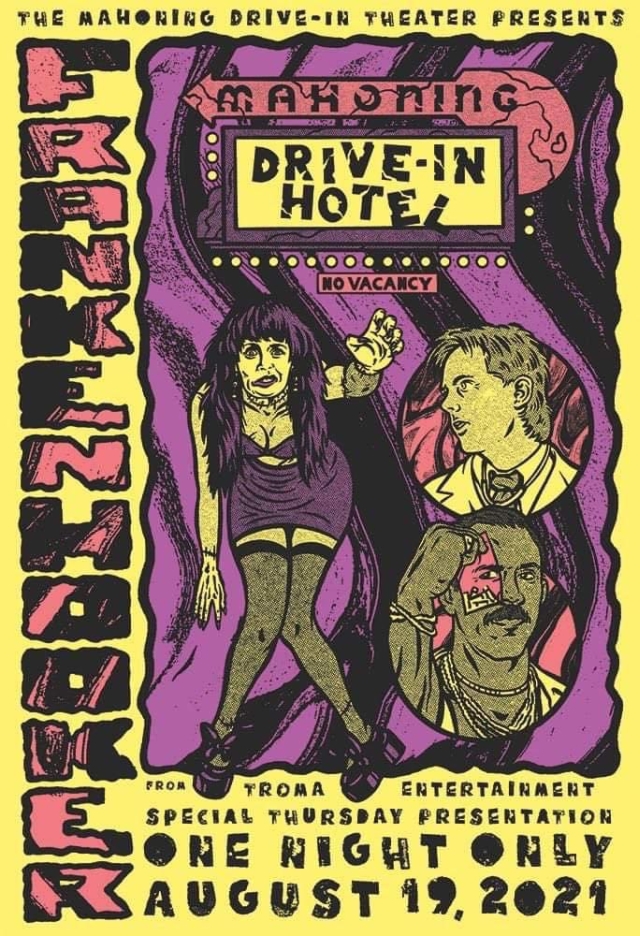 Frankenhooker
Poster Art: Tom BiFulco
Mahoning Drive-In - Lehighton, PA
I was pretty late to the party with this movie.  It was released in 1990, and while I wasn't raised in a very conservative household, there was no way on earth my parents or grandparents were going to allow a nine year old to rent a video called Frankenhooker.  Now that I think back, I'm not sure if I ever saw this in the video store when I was growing up.  That all changed in 2007 when I found this VHS tape baking in the hot sun at the Hometown Farmers Market. 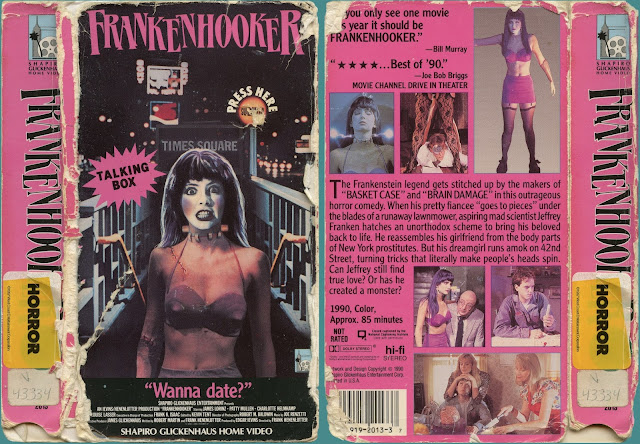 The box originally had a button that you could press to hear a recorded message from the star, but the copy that I found had a cut up box inserted into a hard plastic sleeve, so I didn't get to hear the talking box.  However, it still had all of the stickers from the rental store that it came from, and the tape was in really good shape and played perfectly.  No one had violated the West Coast Video label on the side of the tape, so one would presume that no legal prosecution resulted from this video cassette. 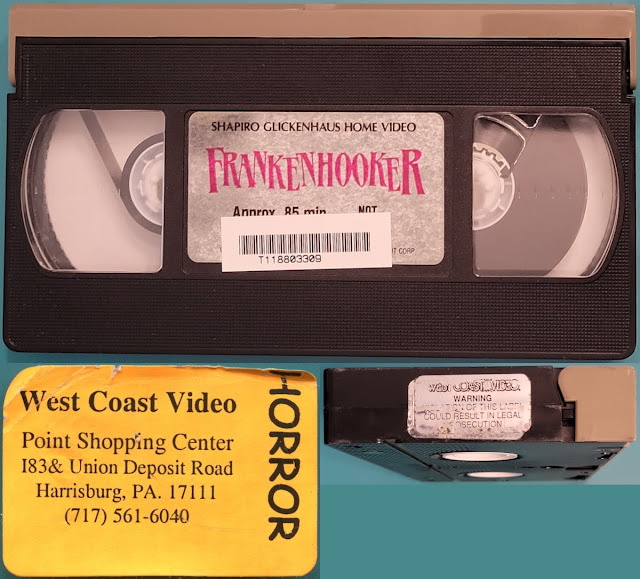 We were in Philadelphia for an ROH show at the National Guard Armory a few days after we found this tape back in 2007, so we watched it from our room at the Candlewood Suites with some takeout from Boston Market.  It was every bit as crazy and fun as I expected it to be from the description on the box. 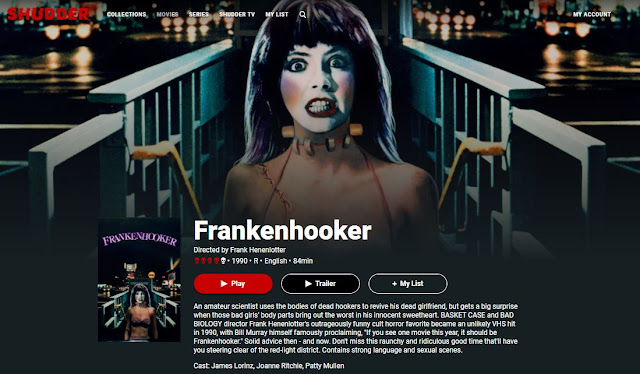 I could have sworn that Frankenhooker was featured on The Last Drive-In at some point, but I couldn't find a listing for it.  The movie itself is available to stream on Shudder, so I'm thinking it's only a matter of time before we can all experience the film with Joe Bob Briggs, Darcy and the rest of the MutantFam.  Joe Bob is one of the reviewers named on the back of the box.  Back when he was with The Movie Channel, he gave it four stars and said that it was the "best of '90" so I'm sure it's got to be on their radar for the upcoming season of The Last Drive In.
We got to experience this awesome cult classic on the big screen last night thanks to the folks at The Mahoning Drive-In and Troma, who acquired the rights to Frankenhooker when they purchased the James Glickenhaus catalog not long ago. 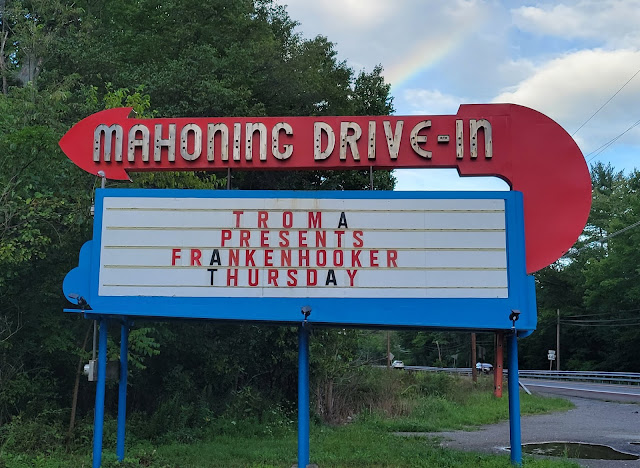 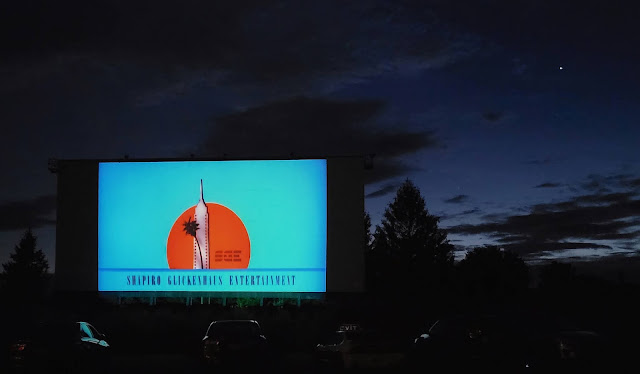 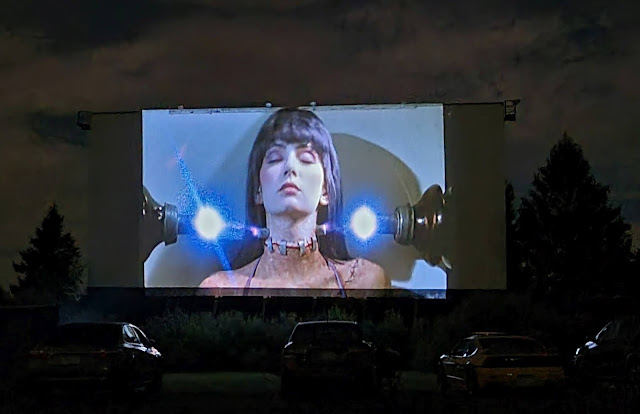 And, of course, it was a perfect night at the perfect place to enjoy a movie under the stars.  I don't know what I'm going to do all winter when this place closes for the season.  In the meantime, I'll be back as often as I can, including later tonight for the Cage Match double feature.