Bingo - Dinos At The Drive In 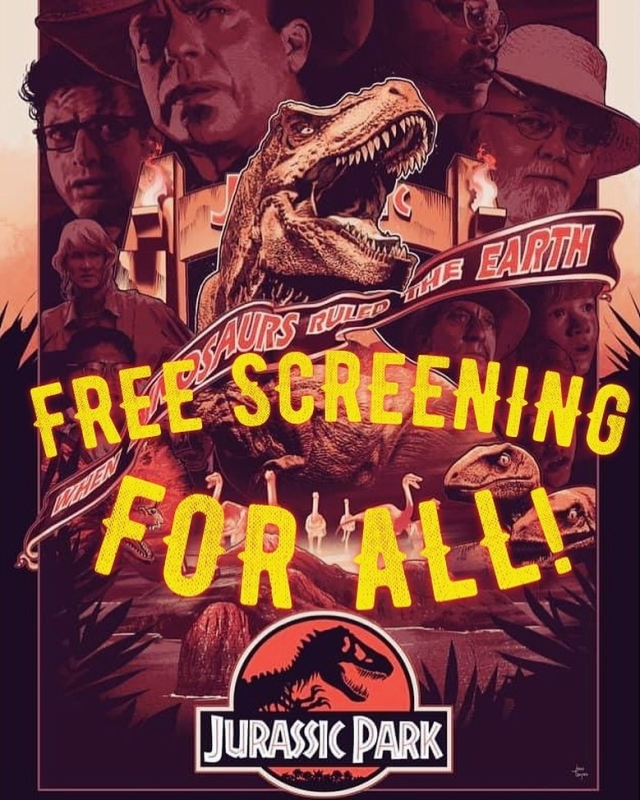 Jurassic Park
Mahoning Drive-In - Lehighton, PA
This was an unexpected treat!  They were originally scheduled to show The Good, The Bad & The Ugly at the Mahoning tonight.  I haven't seen too many westerns in my life, but I would have come to see it anyway if not for the fact that Dad and I had tickets for the Phillies game this afternoon.  However, there was a delay in getting the 35mm print, so the show had to be postponed until August 29th.
Here's the difference between every other business in the world and the Mahoning Drive-In.  The folks who run this place took the opportunity to fill a suddenly empty Sunday night on their calendar with one of the most spectacular films of all time.  Not only that, but they've opened the gates to anyone who wants to see the movie.  It's the second free screening they've had this month.  In a world where everyone seems to be trying to squeeze every last buck out of the hands of their customers, the folks who run this place keep finding ways to give back to the community. 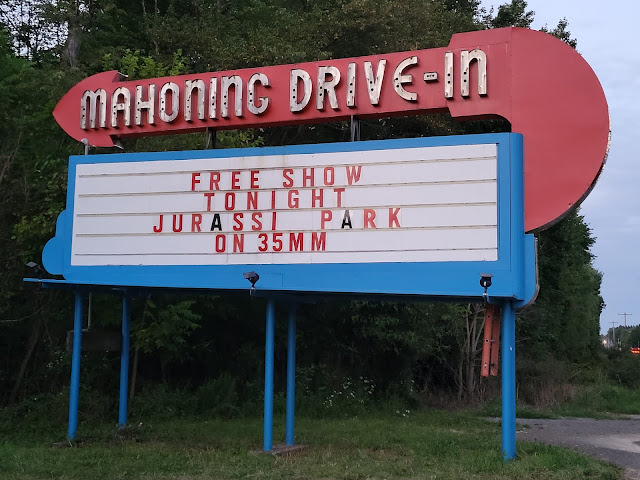 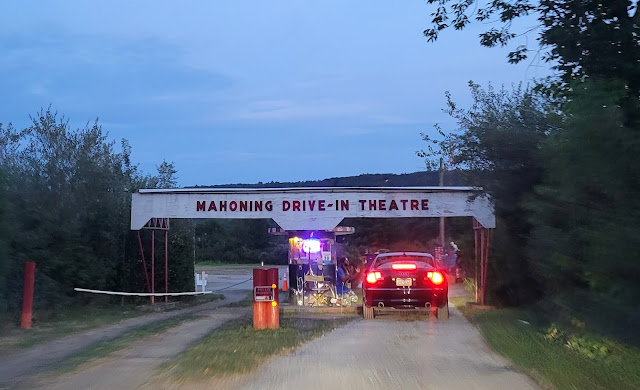 I was exhausted, but there's no way in hell I was going to miss this.  So, after the game, I drove back to Hazleton from Philadelphia, dropped Dad off at his house, went to my house to pick up my wife, and then hit the road again to get to the drive-in.  The place was packed and we didn't get there until pretty late, but there's no bad spot at the Mahoning, so we found a great place to settle in and enjoy the movie. 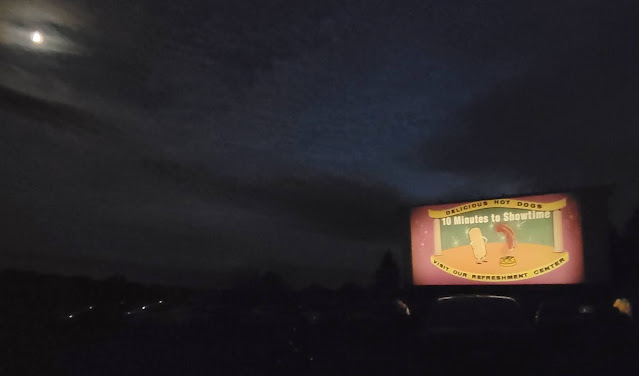 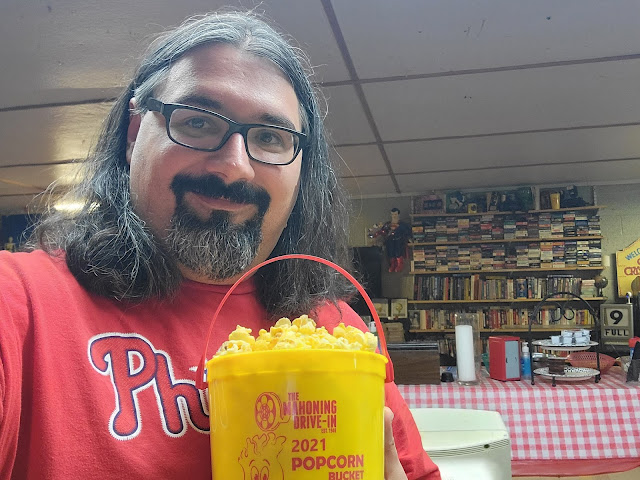 Man cannot live on cheesesteaks and Mexican street corn alone.  He's got to have popcorn too!  That's where Popper the Yellow Bucket comes in.  I must have filled this thing at least 20 times this summer.  I'm going to hate to have to replace it next year. 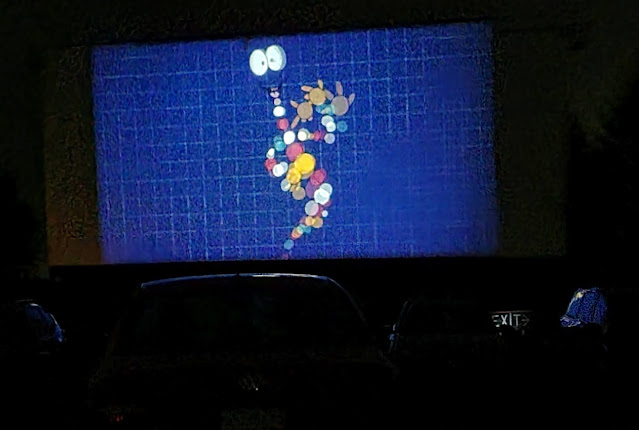 Believe it or not, I did not see Jurassic Park during it's theatrical run in 1993, so this was my first chance to see it on the big screen.  I don't feel strongly in either direction about the sequels or the Jurassic World series, but I absolutely love the original movie.  My grandparents bought it on tape when it was first released on home video and I skipped school on a day when I knew I'd be home alone just so I could watch it in the living room by myself (they were talkers).  It's been one of my all-time favorites ever since.
Seeing it on the big screen at the Mahoning is an experience I will never forget.  It wasn't the only surprise at the drive-in that night, so we didn't get home until nearly 2:00 in the morning, but it was well worth the lack of sleep.  We'll be headed back to the drive-in this coming Tuesday, Thursday and Friday, so I hope they don't get too sick of seeing me around there.