Now You're Playing With Super Power 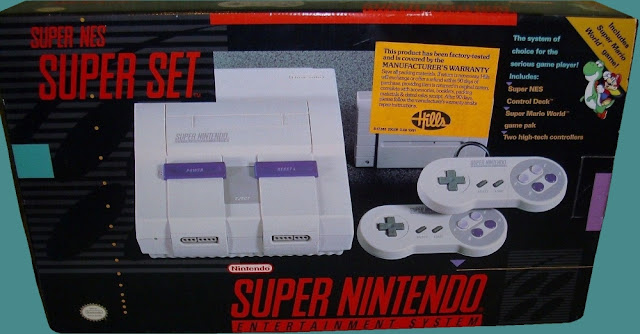 Super Nintendo Entertainment System
Nintendo (1991)
One of the most popular game consoles of all time was released in North America 30 years ago today.  Nintendo would go on to sell nearly 50 million SNES consoles worldwide and, in the process, introduce gamers to a library of 16-bit titles that are still enjoyed to this day.

I was a Sega kid in the early 90's, so I didn't get an SNES when it first launched.  When I look at some of the conversation that younger gamers have today about the 16-bit era, I have to laugh.  One recent exchange that I saw on Twitter was from a gamer who couldn't understand why anyone would choose to support Nintendo or Sega instead of just being a fan of both consoles.  Yeah, ok, and when I finish taking turns with my Genesis and SNES, I'll just hop in the old Lamborghini with my dad and head to the airport to take a ride in our private jet.  The kids who were lucky enough to talk their parents into buying a new video game console despite the fact that they "already have a Nintendo" were pretty unlikely to talk them into buying two new consoles.  It took me over a year of saving up to get a Sega Genesis in 1992, so my priority at that point was getting games to play on my new system, not saving up for another year so that I could own two consoles with no games to play on either of them. 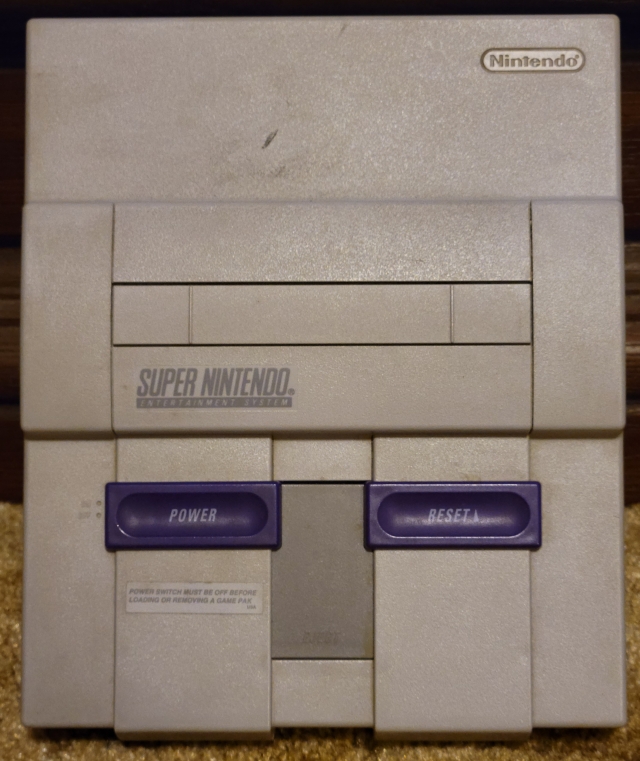 I eventually got a Super Nintendo in late 1994 from a middle school friend.  He didn't play it anymore, so he sold it to me for fifty bucks.  It was some of the best money I ever spent because it's the same SNES that I have hooked up to my television to this day.  It has been played for a countless number of hours over the past 27 years, and it still works like a charm every time.  It's also one of the only consoles that I've ever seen survive this long without the plastic turning yellow. 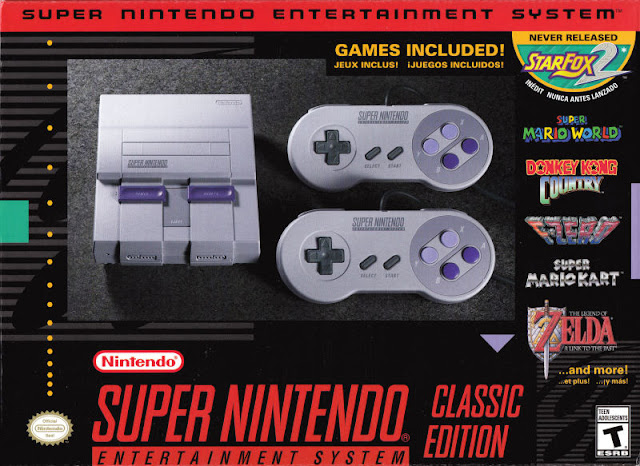 To this day, I don't think there has ever been a console with such a robust catalog of new platformers, shmups, RPGs and puzzle games.  It had a controller that was simple enough for anyone to pick up and play, but advanced enough to accommodate the advances made in video games throughout the 90's.  It was a console that was accessible to everyone in the family, and with the release of Virtual Console games on the Wii, Wii-U and 3DS, the Nintendo Switch Online games, and the SNES Classic plug-and-play mini console, it continues to be enjoyed three decades later by gamers all over the world.