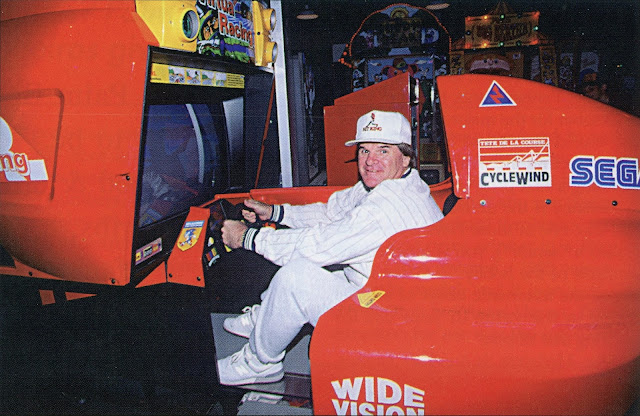 Pete Rose Ballpark Cafe
Boca Raton, FL
Baseball's all-time hit king played in his final game 35 years ago today.  The game took place at Riverfront Stadium in Cincinnati with the Reds hosting the San Diego Padres.  Pete Rose came in to pinch hit for the pitcher in the bottom of 8th and was struck out by future Hall-of-Famer Goose Gossage.
This photo was taken a few years later shortly after the opening of the 16,000 square foot Pete Rose Ballpark Cafe in Boca Raton.  It opened in 1992 and could best be described as a hybrid of a sports-themed restaurant and a Dave & Busters.  It included over 60 video screens and dozens of displays of sports memorabilia, much of which was from Pete's career with the Reds, Phillies and Expos.  There was also a large arcade with a ton of games, including Sega's Virtua Racing, which Pete is sitting in. 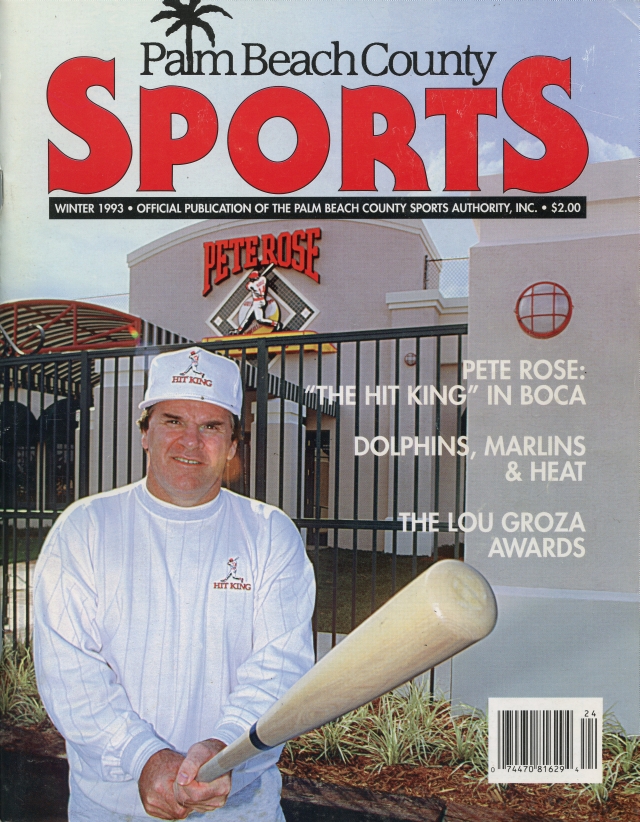 There was a nice article about the restaurant in the Winter 1993 issue of Palm Beach County Sports magazine.  It was still going strong when I moved back to Pennsylvania, and they even opened a second location in Boynton Beach, but both locations have since closed. 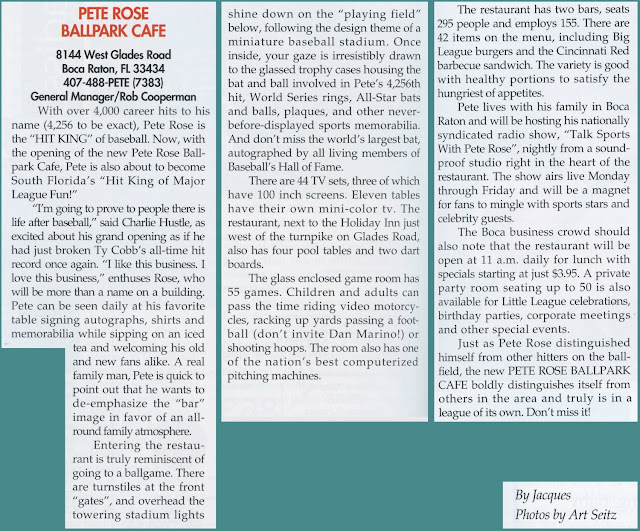