It's A Pretty Amazing Planet We Live On Here 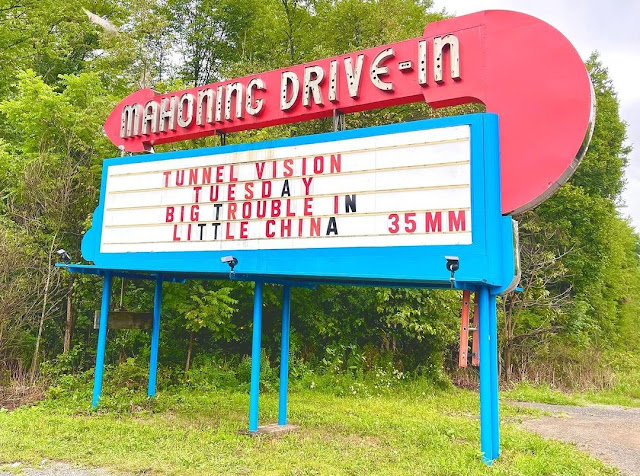 Big Trouble In Little China
Mahoning Drive-In - Lehighton, PA
It was pouring buckets when we got to the Mahoning, so I wasn't able to get a photo of the marquee.  This one was cribbed from their Instagram (sorry guys), and since I was poking around their social media pages anyway, I decided to go for broke and borrow this one from their Twitter feed too. 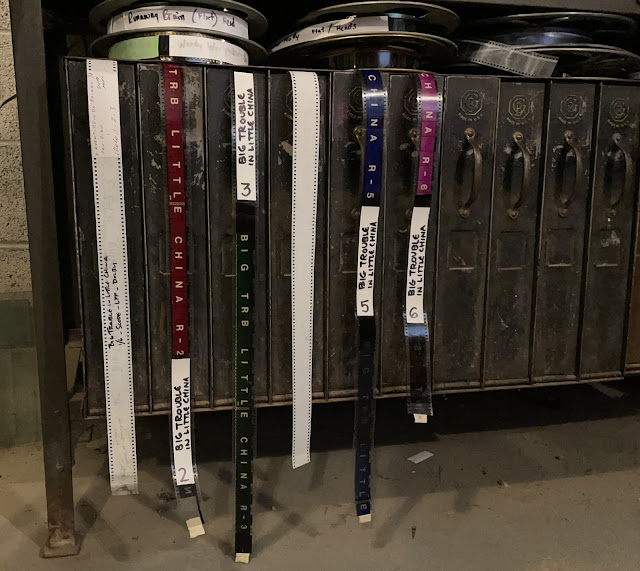 I've spent a lot of time trying to figure out why I love the Mahoning Drive-In so much.  A big part of it is the people (both in the crowd and on the staff), but that's not entirely it.  If I'm being completely honest, this isn't a crowd that I really fit in with.  Don't get me wrong, I get along great with everyone I've met, and I love movies.  However, a love of movies isn't really a defining characteristic of mine - it's just one of my interests.  I definitely wouldn't call myself a cinephile. I don't know anything about foreign films or direction or things like that, and I'd be willing to bet that just about everybody on the lot on any given night would whip me in a trivia contest.
When I describe this place to people who haven't been there, I find that I have a difficult time explaining what makes this place so special to me.  At first, I thought had the qualities of a museum, like the Baseball Hall Of Fame or The Museum at Bethel Woods.  Both of those places are truly extraordinary, but this place is something different.  A better comparison would be the Timeline Arcade in Hanover because they both do more than preserve history - they keep it alive in the present.
The reason I keep coming back to the Mahoning is because it's truly immersive, and a place where you don't just experience history through a glass case.  When I pull onto the lot, it feels like I'm stepping back in time and seeing movies the same way that I did when a kid.  Sitting in my camping chair under the stars with a bucket of popcorn in my lap and watching a classic movie on the big screen makes me forget that the outside world exists.  The night time drive back to Hazleton after a movie at the Mahoning is surreal because the feeling of being in the past don't disappear right away - they fade slowly with each passing mile.  I almost expect to see my grandfather's old Cadillac parked outside of their house on the way home. 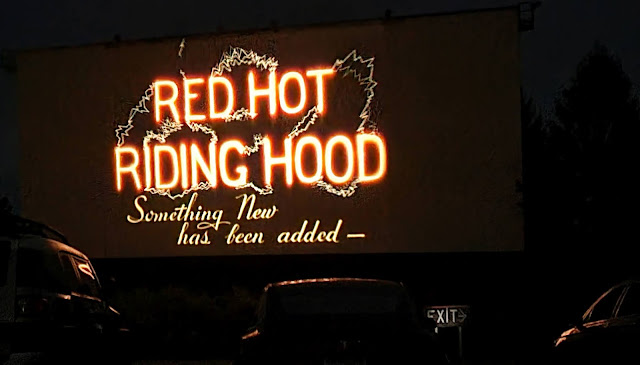 Last night's feature was part of the Tunnel Vision Tuesday series that has been brought to the Mahoning by Exhumed Films.  They always do an incredible job and this was no exception.  Before the movie, they screened an original 35mm print of the 1943 Tex Avery animated short: Red Hot Riding Hood.  This originally aired in theaters before the MGM film Dr. Gillespie's Criminal Case, and it's every bit as funny today as it was 78 years ago.  It's the perfect setup for the John Carpenter madness we were about to experience. 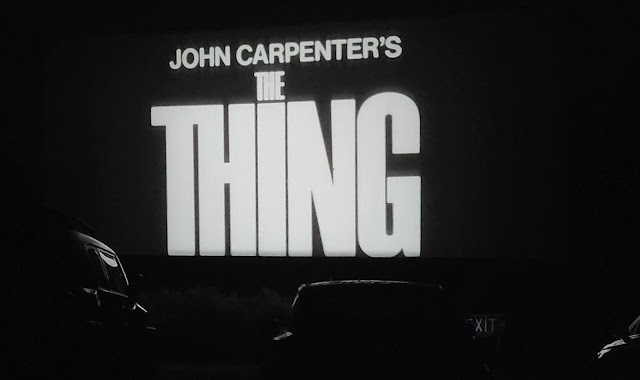 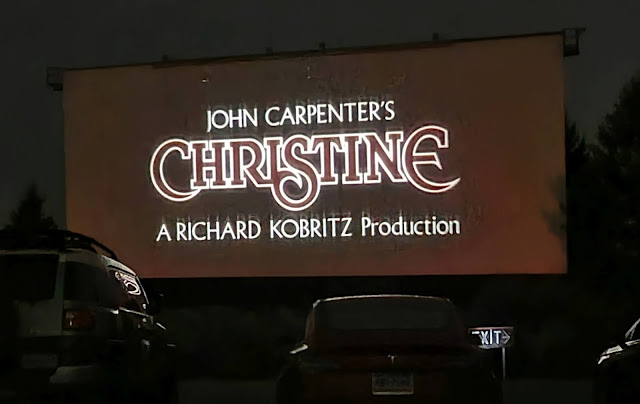 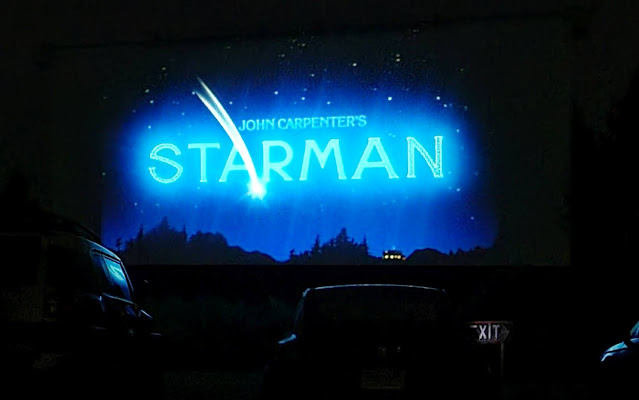 After the cartoon, they screened the 35mm prints of other classic John Carpenter films, including Dark Star, Elvis, The Thing, Christine, They Live, Starman, Memoirs Of An Invisible Man and In The Mouth Of Madness. And then, the feature of the night - the 1986 John Carpenter classic: Big Trouble In Little China.  I was too young to see this during its original run in theaters, but I rented it as a teenager and couldn't stop smiling from the start of the film to the awesome cheesy title song that plays over the closing credits.  It feels like a love letter to both kung fu and trucker films, with some of the funniest lines and brilliant comedic performances I've ever seen.  If you haven't seen it, it's on Netflix UK, so fire up the VPN and stream it as soon as you can.