The World Wrestling Federation was an especially strange place in 1998.  One of the midcard feuds that was being promoted that August was between Val Venis and a stable of Japanese wrestlers called Kaientai.  Val's gimmick was that of a retired adult film star who had slept with the wife of Kaientai manager, Yamaguchi-San.  In retaliation, the episode of Monday Night Raw that aired 23 years ago today featured a scene in which Yamaguchi attempted to make good on his threat to, as he so eloquently put it, choppy choppy his pee pee.  The attempt to castrate Venis was carried out by Yamaguchi with a samurai sword while the members of Kaientai held him in position. 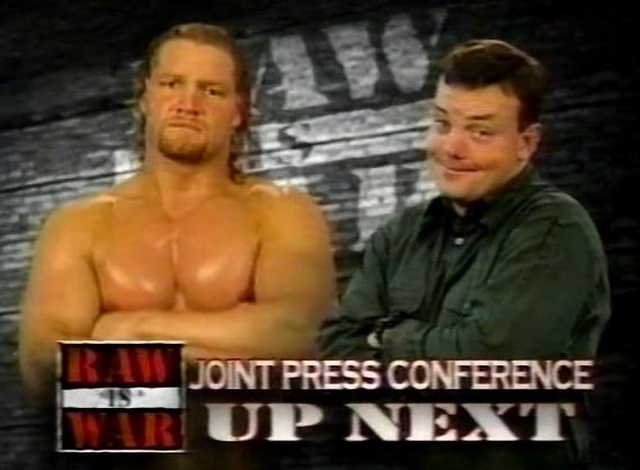 The next week on Monday Night Raw, Venis held a "joint press conference" with John Wayne Bobbitt.  It was revealed that the wrestler experienced a bit of shrinkage from the cold butcher's block.  This combined with Mr. Bobbitt turning off the lights at the critical moment allowed Venis to escape intact.
I'd like to think that some day in the distant future when human civilization has faded from the earth, a group of alien archaeologists will uncover this footage and study it in an attempt to understand our species.