If There Are Ghosts To Be Found, It's Us Who Haunt The Past 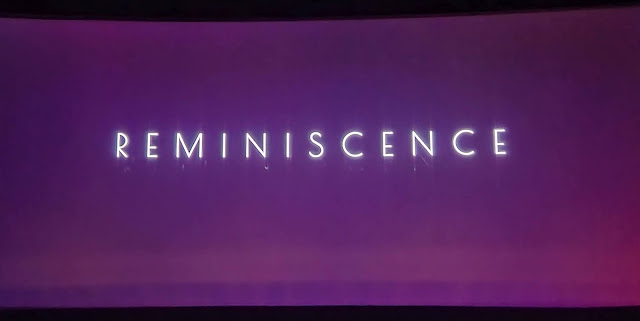 Reminiscence
Warner Bros (2021)
We picked this movie to see this past Monday almost at random.  My wife told me that we saw the preview for it a few months ago and, at the time, I said that it looked interesting, but I have no memory of this happening.  I don't doubt for a minute that she's right.  I've always had a pretty terrible memory, and it hasn't improved with age.  That's one of the main reasons why I've kept up with this blog for so long.  If I see or hear something that triggers a memory, it will often come flooding back to me, but a lot of things get lost in the shuffle.  This blog is a trail of breadcrumbs that lead me back to the people, places and things that have brought joy to my life.
That's a big part of what Reminiscence is about - the desire to escape an unpleasant present for our ideal moments in the past.  To borrow a line from the MST3K song, the movie is set in Miami in the not-too-distant future.  It's a dystopian world that seems all too close, especially when you see scenes of flooded streets in Philadelphia in the aftermath of Hurricane Ida.  Global climate change have led to massive flooding of the coastal United States.  Boats have replaced cars in much of the city.  People travel on waterways that were once highways to reach the parts of tall buildings that can still be accessed above the water.  The people in this story have also had to adapt to increase temperatures by going nocturnal.  I didn't get the impression that being out in the daytime is life threatening to the average person, but it's gotten uncomfortable to the point where most of the people sleep during the day and live most of their lives after the sun goes down.
The story is centered around a man named Nick Bannister (Hugh Jackman) who makes his living by selling people's memories back to them.  This is done though a combination of sedatives, a sensory deprivation tank, a device that hooks up to the user's head, and a sort of guided meditation that helps lead the person through their memories.  The headset that the users wear is connected to several devices, including a projection area that reminded me a bit of the holodeck on Stat Trek: The Next Generation.  The person whose memories are being accessed experiences their memory as a dream with all of their senses, whereas any observers in the room can see what they are experiencing through the hologram projection.  When the woman he loves suddenly disappears, Nick uses his technology both to relive the past that he shared with her, and in an effort to find out what happened to her. 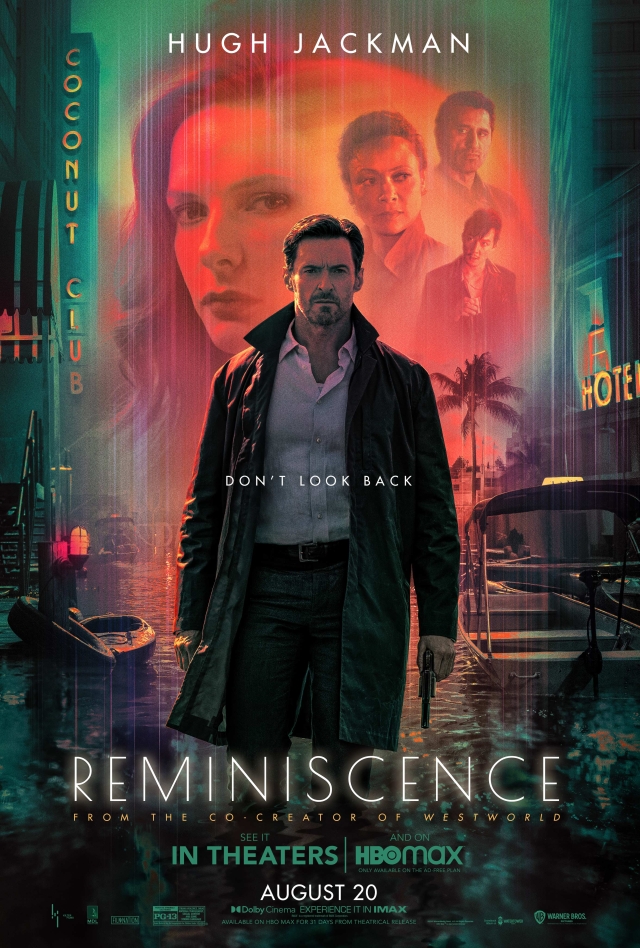 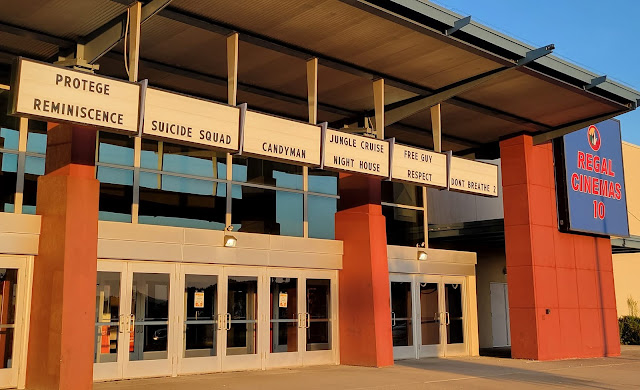 I don't want to give away any more of the plot than I already have, but I can't overstate how much I enjoyed this movie.  Reminiscence is easily my favorite film of 2021 so far.  In fact, it's probably my favorite movie to come out over the past ten years.  It reminded me a lot of a movie I saw as a teenager called Strange Days, but much, much better.  No disrespect intended to Strange Days - it's a very good movie, but I think the trailer was better than the finished product.
Reminiscence was released simultaneously to theaters and to the HBO Max streaming service.  We saw it at the Regal Cinema in town, and I'm very glad that we did.  This is the kind of movie that really should be experienced on the big screen.  Unfortunately, it's been a box office bomb so far.  I'm not sure if it's because people don't know about it, or the fact that they can watch it at home, or if people are too enamored with sequels, remakes and adaptations of comic books to pay attention to an original story, but it's depressing to see whatever the reason might be.  I think that this is destined to become a cult classic, but it deserves so much more.