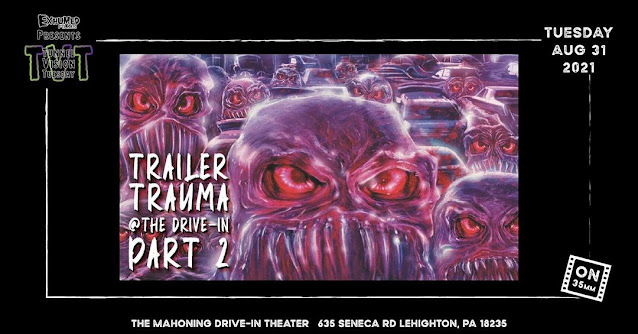 Trailer Trauma: Part 2
Mahoning Drive-In - Lehighton, PA
Exhumed Films hosted a night of movie trailers in their Trailer Trauma event at the drive-in this past April.  Unfortunately, this was before we discovered this wonderful place so I didn't get to see it.  However, the folks at Exhumed Films recently acquired a bunch of rare 35mm trailers for vintage horror, kung fu, action and science fiction flicks, so we had a second chance at this awesome experience. 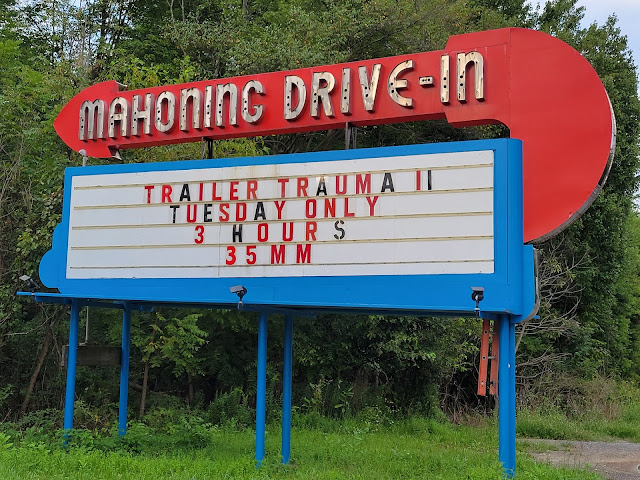 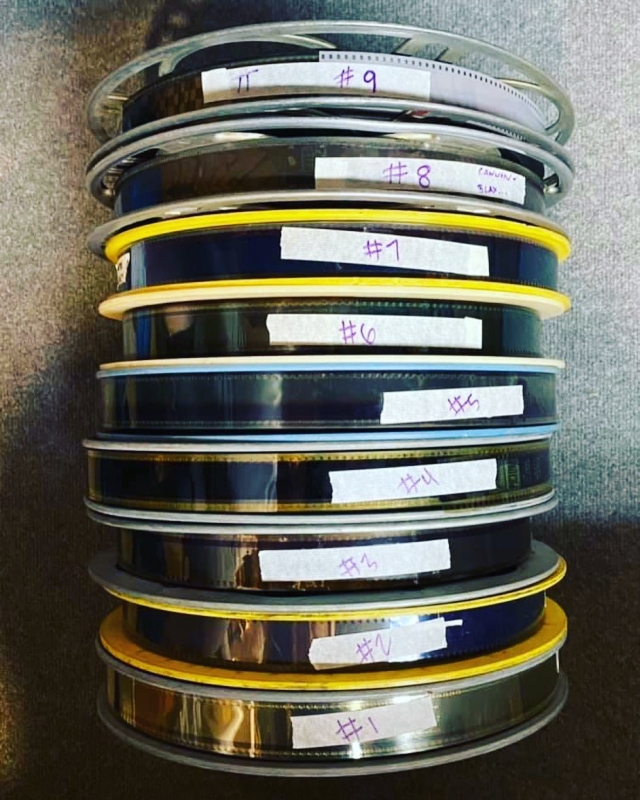 Before the feature presentation on any given night, the Mahoning typically shows vintage trailers from movies that fit the theme of the night.  They're either movies from the same genre or studio, or from the same era, or that feature the same actor as the star of the night's movie.  Last night was a bit different because the trailers were the feature presentation - three hours worth of them with footage from nearly 80 different movies across nine reels.  These are the same movie previews were shown in grindhouse cinemas and drive-in theaters across the United States throughout the 60's, 70's and 80's. 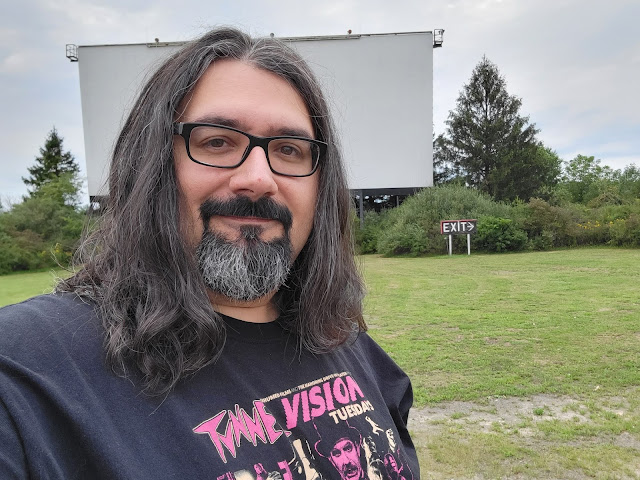 Hurricane Ida has worked its way up the coast, so it's been raining nonstop all day today, but last night was absolutely beautiful.  There was a very slight chill in the air when the sun went down, but it was very comfortable sitting outside with a bucket of popcorn under the stars in a t-shirt and a hoodie. 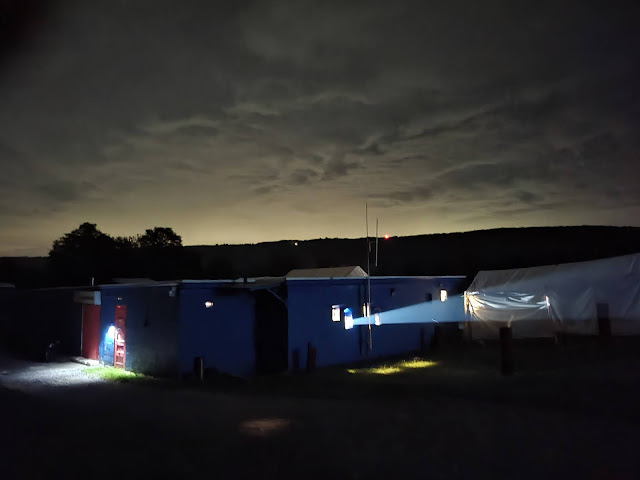 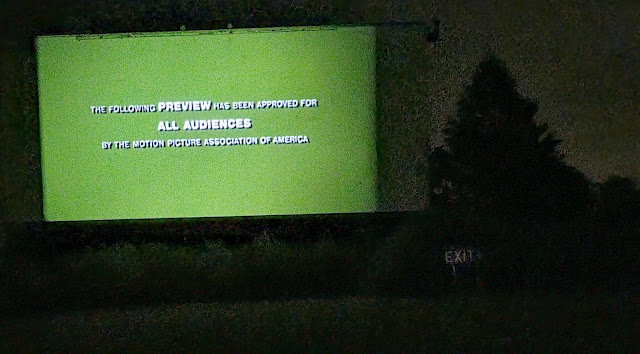 We tried to keep a list of movies from the trailers that were shown.  There were quite a few of them that I'm dying to look up and watch at home once the drive-in closes down for the winter.  The ones with the symbols after the year are my top priority to find and watch as soon as I can.  I put them in alphabetical order and linked each of them to their profile on either Wikipedia or IMDB.  Many of them have alternate titles or similar titles to other films, so I may have linked to the wrong film for one or two of them, but these are the movie trailers that we saw last night to the best of my knowledge.
This list is going to keep me busy for quite a while.