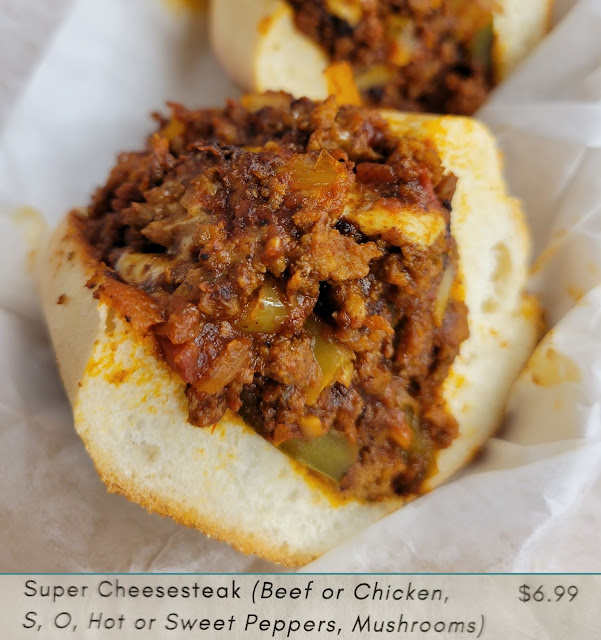 Super Cheesesteak
Skips - Tamaqua, PA
The Hometown Farmers Market was one of my favorite places to go with my grandparents when I was a kid.  The drive would take us past an ice cream parlor on Route 309 called Walt's Drive-In.  It was opened in the 50's by Walt Mazur, who played football for Penn State and for the British Columbia Lions of the Canadian Football League.  I was always curious about the place, but we never stopped there because we usually got ice cream the Valley Hi Drive-In in Hazleton.
Walt's Drive-In closed in the early 2000's after Mr. Mazur passed away.  It was reopened as Skipper Dippers by a new family of owners.  As an adult, the Hometown Farmers Market is still one of my favorite places to go, and I still drive past this ice cream parlor every time I go, but I still have never stopped.  It's not for lack of interest or anything.  It's just that I usually grab something to eat at the Farmers Market. 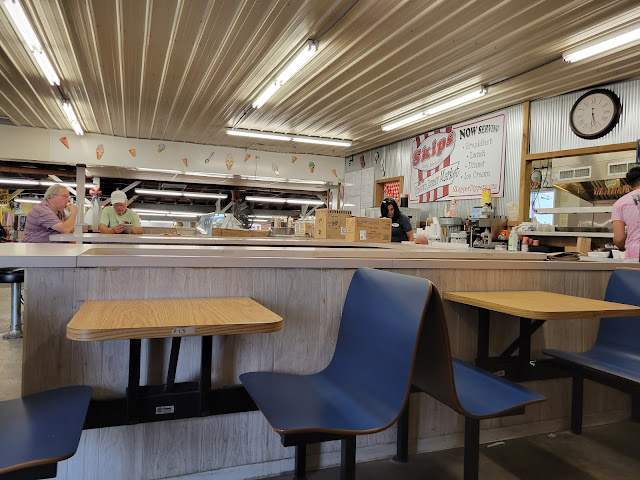 We went to the Hometown Farmers Market earlier today and stopped to eat at one of the restaurants in the main building.  This location has had many different owners over the years, but now it goes by the name Skips.  What I didn't know until we got the check is that this location has become kind of an extension of Skipper Dippers.  It's owned by the same folks, and the receipt has the Skipper Dippers logo, so after four decades of driving past that ice cream parlor, I finally managed to stop there for something to eat, even if it was accidental.
If the Super Cheesesteak I had is any indication, they've got pretty good food there.  It's not a sandwich in the traditional sense of a Philly Cheesesteak, but it's very tasty.  It's got steak, cheese, peppers, onions and mushrooms that were marinated in a sauce that reminded me of a Sloppy Joe or a Coney Island hot dog.  I also had a side order of deep fried spicy cauliflower bites which were served with a blue cheese dipping sauce.  All of the prices were very reasonable and the staff was friendly.  I think I'm going to have to pay the actual restaurant a visit in the near future.