The Breakfast Vampire Branches Out 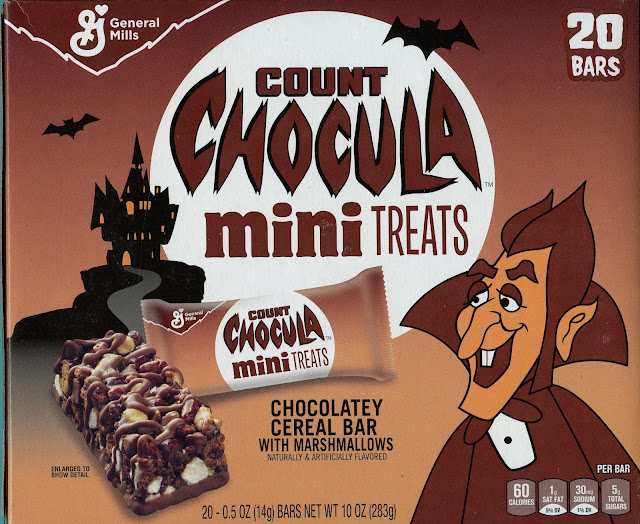 Count Chocula Mini Treats
General Mills (2021)
As fond as I am of the character, I'm not an especially big fan of Count Chocula cereal.  It's not that I think it's bad or anything, but I tend to prefer the fruit, or honey, or cinnamon flavored cereals for breakfast over the chocolate ones.  That being said, I've got to hand it to General Mills for these mini treats, because they're freakin' delicious! 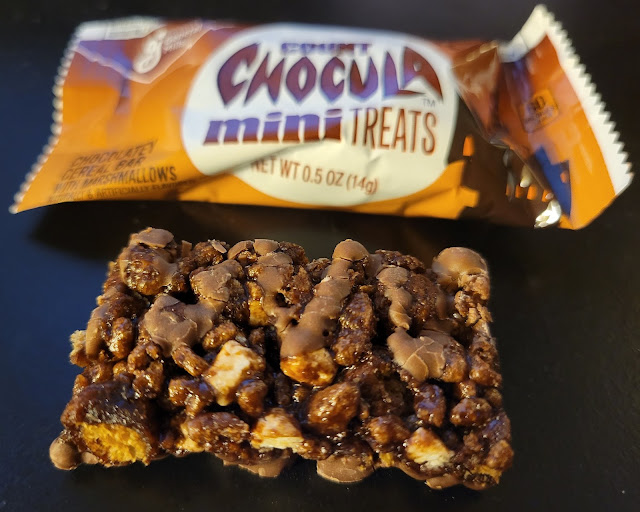 The bars aren't very big, but you get twenty of 'em, so it's still a pretty good deal.  Their small size also makes them a good little snack if you're trying to watch your weight, which I will once again try to do after the holidays.  They've got chocolate cereal pieces, marshmallows and a chocolate base and drizzle, and the end result tastes a little like s'mores.
If General Mills decided to go all in with this concept and turn it into a full size candy bar, I think they'd sell millions of them.  These things could hold their own against anything in the candy aisle.