A Remake That Was Worth Doing 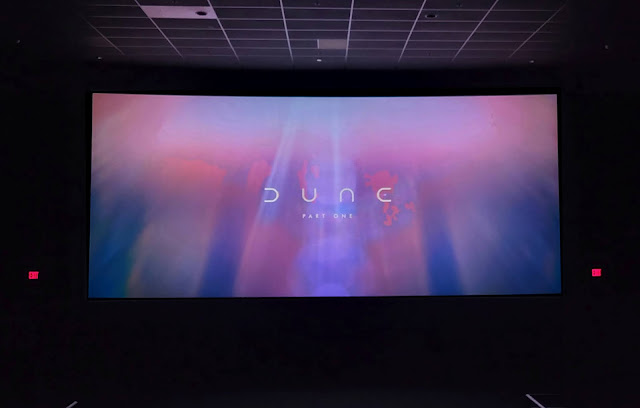 Dune
Warner Bros (2021)
I've waited a long time to see one of my favorite science fiction stories to be turned into a proper movie, and I'm very happy to say that the wait is over. 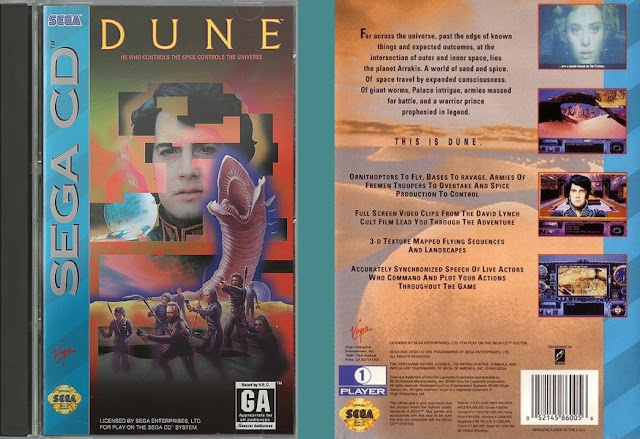 My first experience with the Dune Chronicles came from the Sega CD game.  During my freshman year of high school, I spent a lot of time going to my friend John's house to watch MST3K and play video games, and this was one of the ones he had that I had never seen before.  The game play was unlike anything I had ever experienced at the time, with a fascinating story, incredible music and good graphics for its time.
There were some nights where we just sat around on beanbag chairs smoking pot and watching the Orni fly through the desert.  The music was mellow and trippy, and the transition of day to night while flying through mountains and sand dunes made for a very peaceful and relaxing experience. 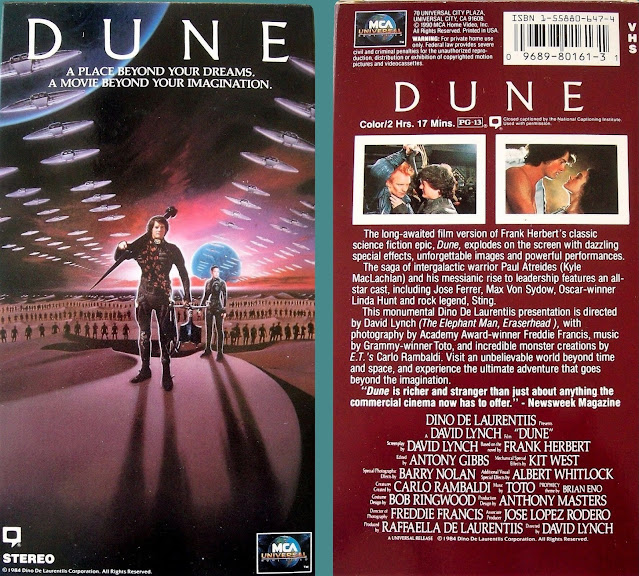 There are a few digitized clips of the 1984 Dune film that are in the Sega CD game.  Anyone who's ever watched full motion video on a Sega CD can tell you that the picture quality is pretty bad by today's standards, but it was incredibly impressive for a home console in the 16-bit era.  I wish I could say the same for the movie.
I didn't get to see the David Lynch theatrical adaptation of Dune until late in my teens when I worked for Blowout Video.  My only exposure to the Dune Universe at this point in my life was through video games, so I went into this movie with only the most basic understanding about the story that it was trying to tell.  With all due respect to those involved in its production, this is to this day one of the worst movies I have ever seen in my life.  The acting is terrible, the voice-overs are ridiculous, the special effects are downright embarrassing (even for the mid 80's), and the story makes absolutely no sense whatsoever.  I know this movie has found people who are willing to go to bat for it over the years, but I have to question if they even believe that they're saying.  This isn't a case of a movie that's so bad that it's enjoyable, or a story that's complicated and just takes a few times through to fully understand it.  It's a sloppy mess from start to finish. 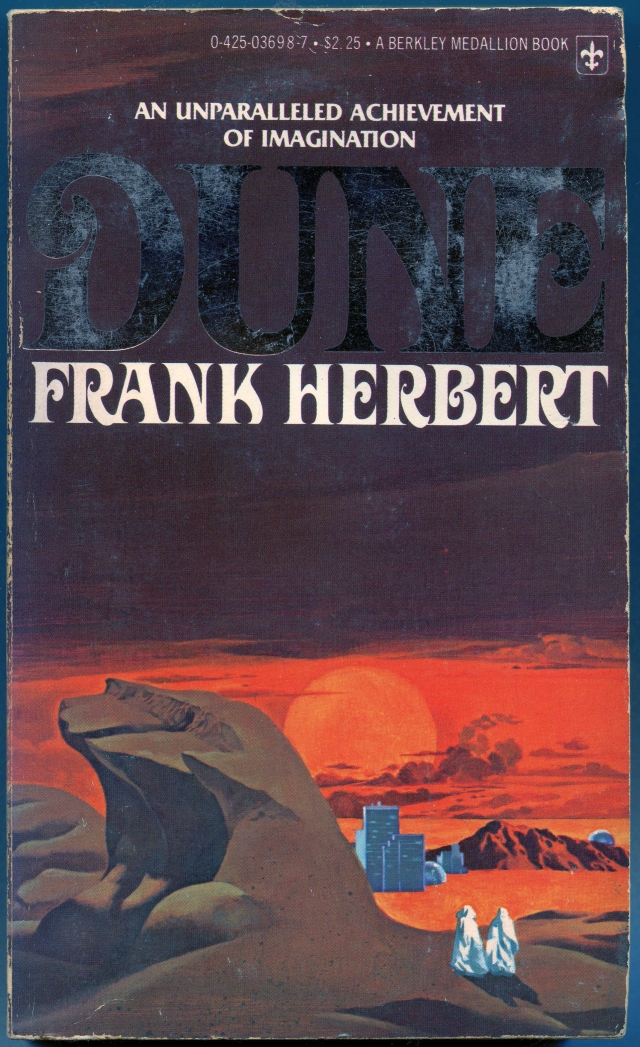 The 1984 film had almost killed off my interest in the franchise, but someone loaned me a paperback of the original novel and I fell in love with it.  It was written by Frank Herbert in 1965, and reading it left me in awe of the world that he built.  A few years later, I found the rest of the series in a paperback book sale that was being held at a gym on Diamond Avenue in Hazleton. 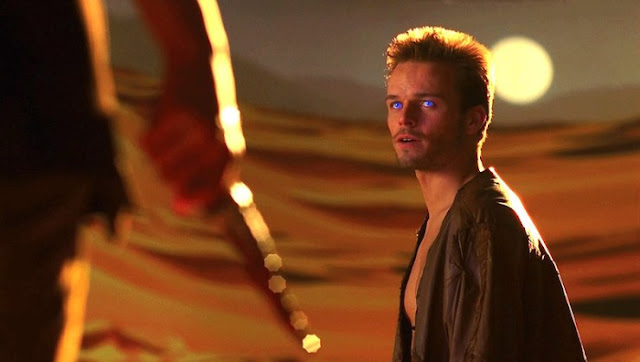 There was also a mini-series adaptation Dune that aired on the Sci-Fi Channel in December 2000.  This was followed up in 2003 by a second mini-series that combines the story of Dune Messiah and Children Of Dune.  Both of them were very well done and a hell of a lot better than the 1984 Dune film, with special effects that were pretty great for the early 2000's, especially for television, but it didn't have the epic feeling that can only come from a full length motion picture on the big screen. 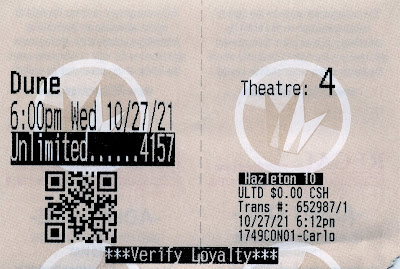 I'm not generally a huge fan of remakes, but this is a property that definitely needed to be given a mulligan.  It doesn't even feel right to call it a remake, because the original movie barely deserves to be mentioned as a footnote in the story of Dune.  This new Dune film, directed by Denis Villeneuve, takes things to another level.  This film is the Star Wars moment for the franchise.  It takes you out of this world and immerses you in the year 10,191 on the planet Arrakis, and the movie makes use of its score as well as any film I have ever seen.
Whether you're a fan of the books or a completely blank slate with no knowledge of the Frank Herbert classic, I highly recommend that you go see Dune in theaters while you still can.  If you miss it on the big screen, it can be streamed on HBO... just don't click on the 1984 film by mistake.