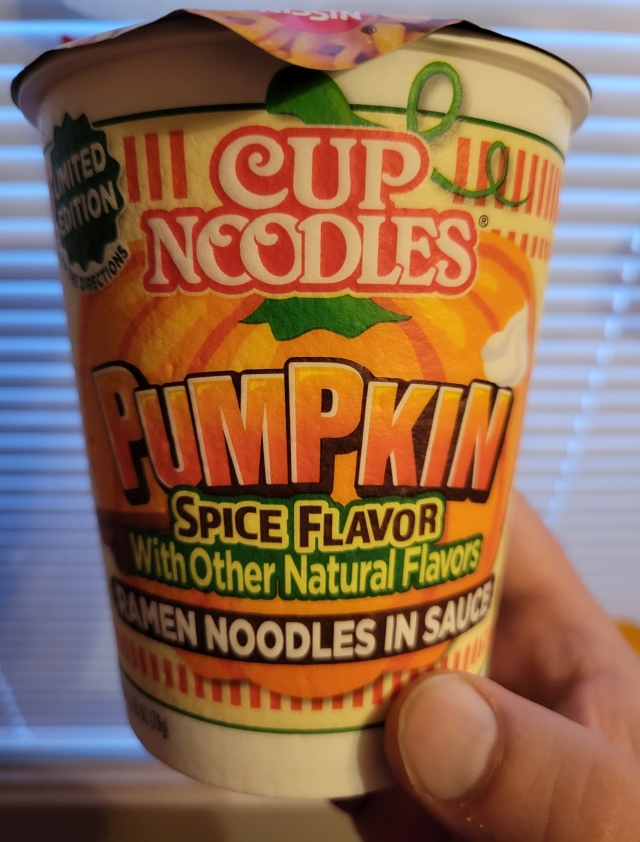 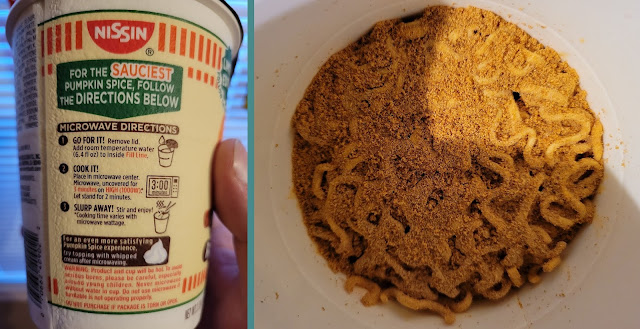 Feast your eyes on all of that pumpkin powder covered noodley goodness!  Just 6.4 oz of water and three minutes in the microwave was all that separated me from a bizarre pumpkin lunch the likes of which I could have never dreamed of as a child.  We may not be cooking our takeout Pizza Hut using hydrate level 4, but we're living in the future with instant Pumpkin Spice Noodles!  Take that, Lorraine McFly! 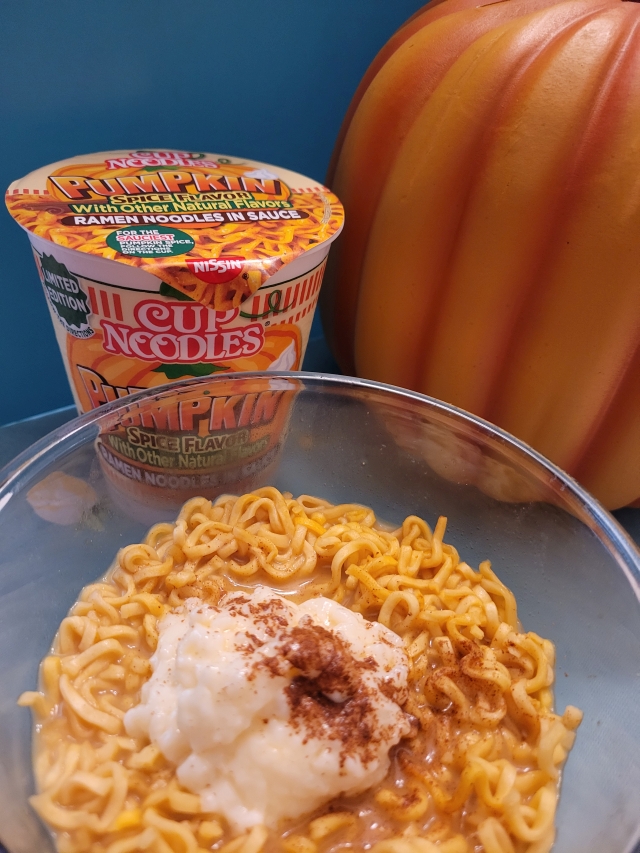 The package suggested that I top these noodles with some whipped cream for an even more satisfying pumpkin spice experience.  Unfortunately, I'm out of whipped cream, but I did have cinnamon in the cupboard and some Kozy Shack Rice Pudding in the fridge.  It seemed kind of appropriate.  Rice pudding takes a starch that's generally associated as a side dish for dinner and turned it into a dessert.  Pumpkin Spice Cup Noodles followed that same path to my stomach.
Don't knock it until you've tried it, because this was freakin' delicious!