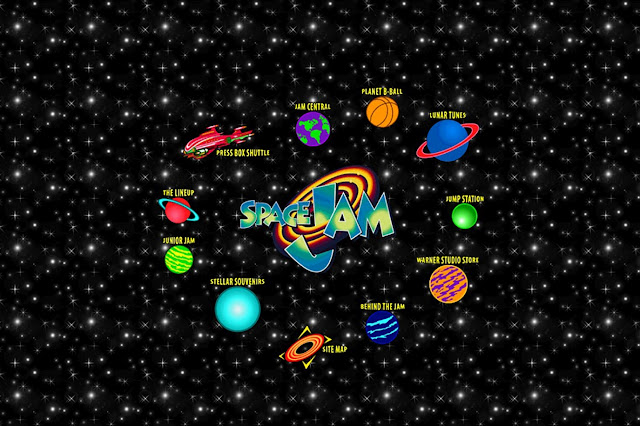 Space Jam
Warner Bros (1996)
The first Space Jam movie was released nationwide 25 years ago today.  To this day, I still haven't watched it.  This is partially because I'm not really a big basketball fan, but mostly because I can't get past anybody voicing Bugs Bunny and Daffy Duck except Mel Blanc.  Don't get me wrong, I have the utmost respect and admiration for Billy West and the other voice actors, and I'm sure they did a fine job, but I find it very jarring when any other voice comes out of those two characters than the one that I've grown accustomed to through five decades worth of cartoons. 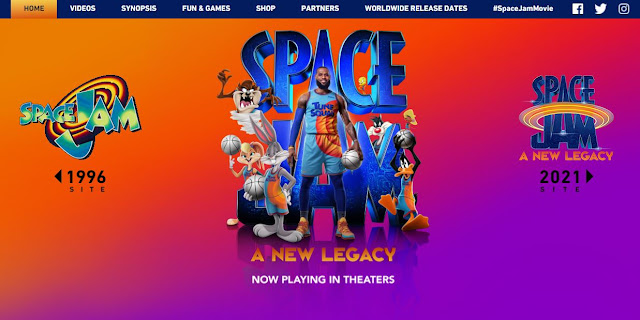 The main thing that I found interesting about this movie has nothing to do with the movie itself, but with the website that was used to promote it.  From 1996 through early 2021, the website remained completely unchanged.  It was like a time capsule of what the world wide web was like during the days of dial-up internet in the mid 90's.  They finally updated the site in April of this year to promote the sequel, Space Jam: A New Legacy.  However, they have thankfully kept the original site intact.  You can access it by clicking on the Space Jam 1996 Site icon from the main page.