Forty Years Of Reviews From The World's Greatest Host


Congratulations to Mr. Joe Bob Briggs on four decades of making movies more fun.  I've had the honor and privilege of meeting Mr. Briggs twice, and he is one of the kindest and most genuine human beings I've ever spoken with.  The dude is incredibly funny and has an insight on movies and the world that is second to none. 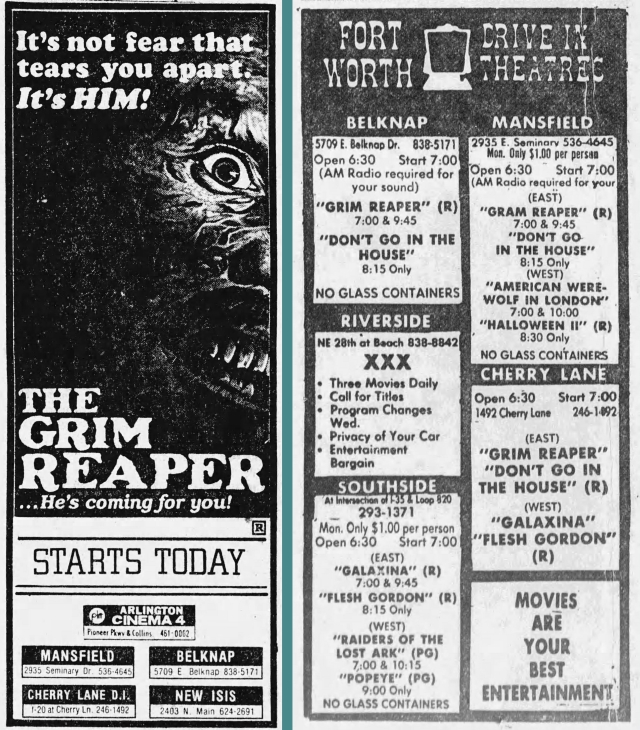 It all started on January 15th, 1982 with a review of the 1980 Italian gorefest Antropophagus, directed by Joe D'Amato.  It was released in the United States a couple of years later under the title of The Grim Reaper, and it premiered at cinemas and drive-in theaters across the Dallas - Fort Worth area 40 years ago this week. 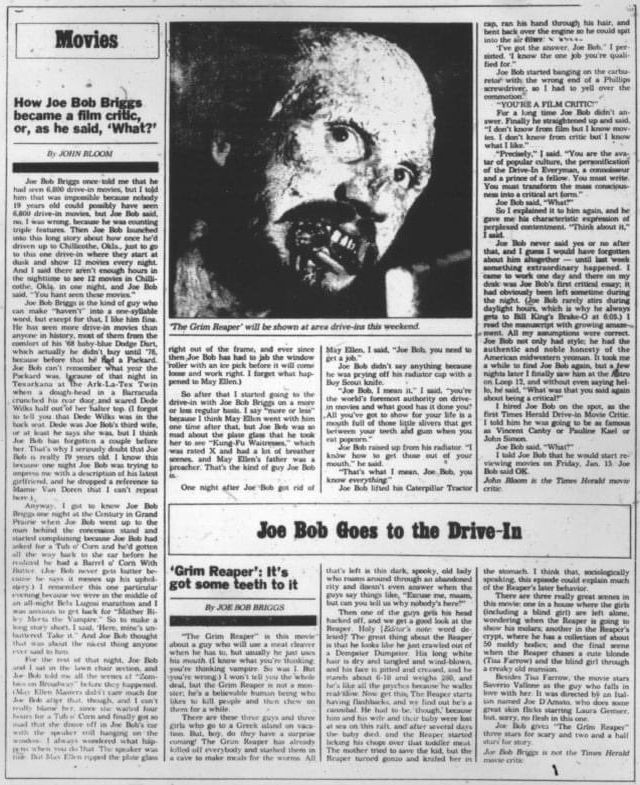 I wasn't able to find a larger or higher resolution scan of the original review that was published in the Dallas Times Herald.  Thankfully, it was published in Joe Bob Goes To The Drive-In - a collection of Joe Bob's reviews from 1982 to 1985. 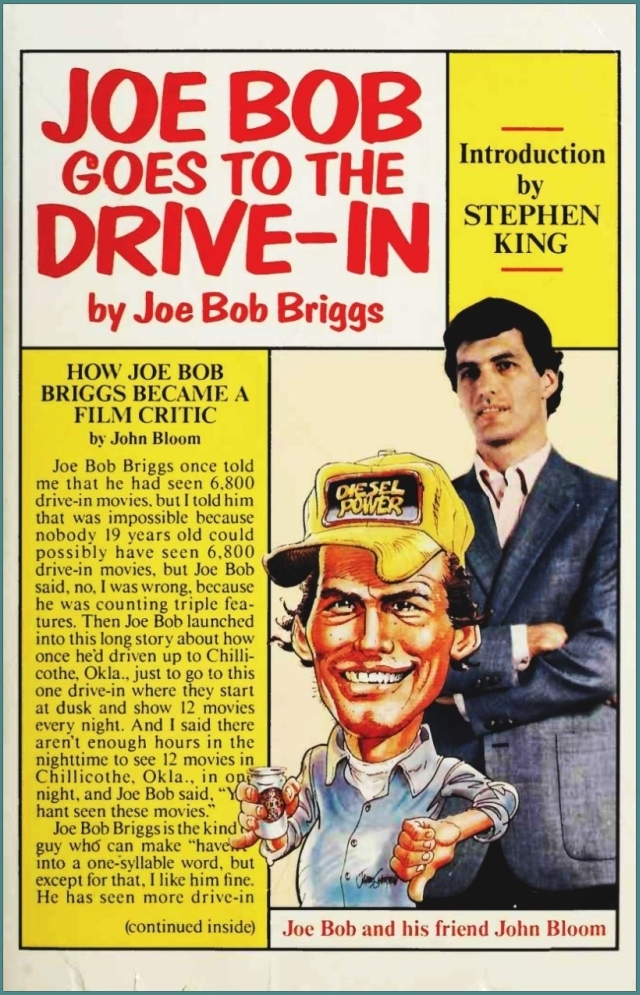 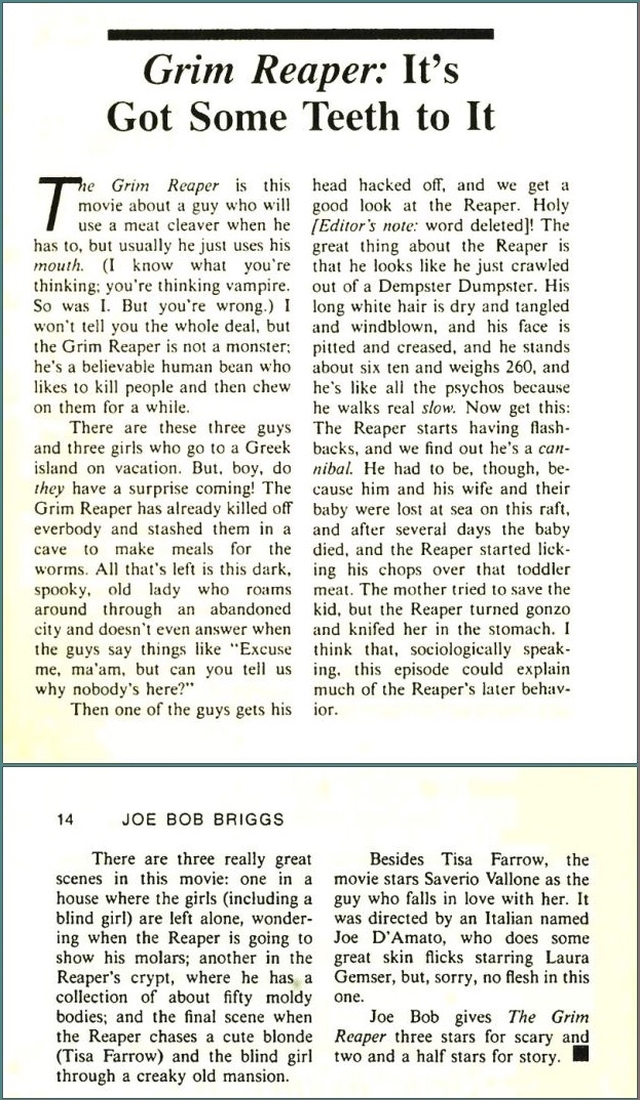