You Can't Have The Dream Without The Nightmare


Little Earthquakes
Tori Amos (1992)
The word "genius" is used quite a bit, but it's a fitting word to describe Tori Amos.  At the age of two, she was able to reproduce songs on the piano after hearing them only once, and she began composing her first original works one year later.  At five years old, she enrolled at the Peabody Conservatory of Music on a full scholarship as the youngest student ever admitted to the school.  She continued her study of classical piano at the school for the next seven years until she was asked to leave as 11 years old girl, largely due to her desire to study John Lennon and Paul McCartney as composers, and her preference for the music of The Beatles, The Rolling Stones, Stevie Wonder, Carole King and Joni Mitchell over the classical composers that were the focus of the curriculum. 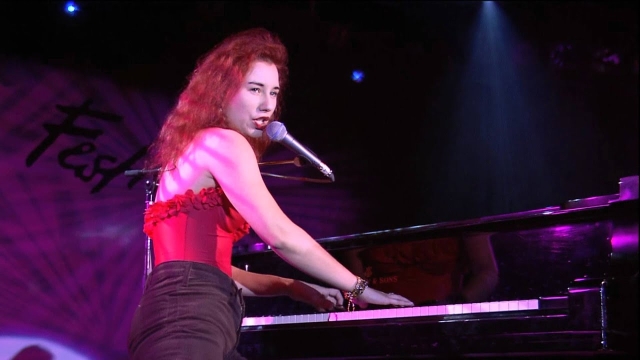 She got her start as a professional performer at age 13 by performing at various gay bars in and around Washington DC from 1972 to 1984 when she moved to Los Angeles to pursue her career in music.  Her success came in the early 1990's when she decided to break away from working in bands.  Her debut album as a solo performer, Little Earthquakes, was recorded in 1990 and 1991, and was released to widespread critical acclaim 30 years ago today on January 6th, 1992.  In 2005, it was named by Rolling Stone magazine as one of the 500 greatest albums of all time.
If you've never listened to it to Little Earthquakes before, Ms. Amos has made the deluxe edition of the album available to stream for free on YouTube.  I strongly recommend the entire album, but if you only have time for one track, click here to skip ahead to Silent All These Years.  It is one of the most hauntingly beautiful pieces of music that I've ever heard.  The hurt and anger expressed in the following track, Precious Things, is unmatched by anything I've heard from any other artist.  Tear In Your Hand isn't the same kind of pain, but it's hidden in such a beautiful melody that it could wash over the listener unnoticed if they're not paying attention.  There is no mistaking the meaning behind Me And A Gun.  I can't imagine anyone could come out of the other side of listening to it without a profound respect for her strength and the strength of countless other survivors, and a hatred of the type of person who could put another human being through what she endured.

It wasn't until a few years after Little Earthquakes was released that I discovered the music of Ms. Amos.  I was 16 years old and on a constant search for new music, but this wasn't easy in the days of dial-up internet before streaming music existed.  Hell, Napster was still three years away at the time.
Anyway, there was a music store in my hometown called Gallery Of Sound that I visited whenever I could.  The manager used to put last month's magazines and demo CDs on a little windowsill near the front door which were free for anybody to take.  I can't even begin to guess how many different bands and artists I was exposed to as a result of this, but I know that Tori Amos was one of them.  Two songs off of her 1996 album Boys For Pele were the bookends for an Atlantic Records demo compilation called J. Spew.  I think the cover was supposed to be a parody of a J. Crew catalog, but the joke fell completely flat on me.  There's a lot of pretty great music on here, including songs by Poe, Bad Religion, Supernova, Jewel, Seven Mary Three and Moby.  I probably played this free CD more times than a lot of the albums that I bought over the years, but even if it stopped after the first track, I would have been glad to have it because it opened a door for me to the incredible music of Tori Amos.