Fish Cloning At The Arcade 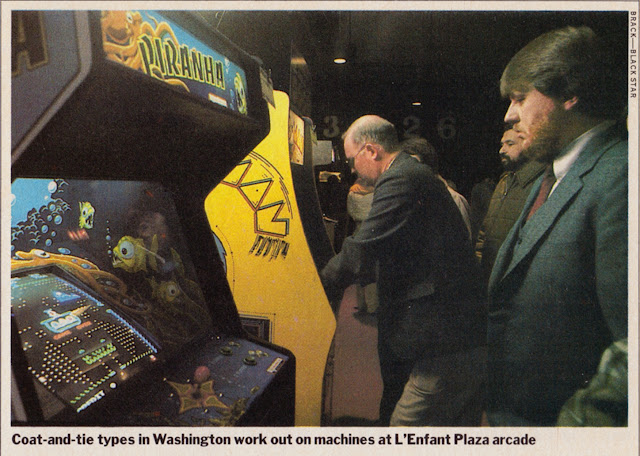 Piranha
US Billiards Inc (1981)
While reading the Games People Play article from Time that was published forty years ago this week, I noticed a game that I am completely unfamiliar with.  I don't even think I've seen a picture of the cabinet before, let alone ever seeing or playing it in an arcade. 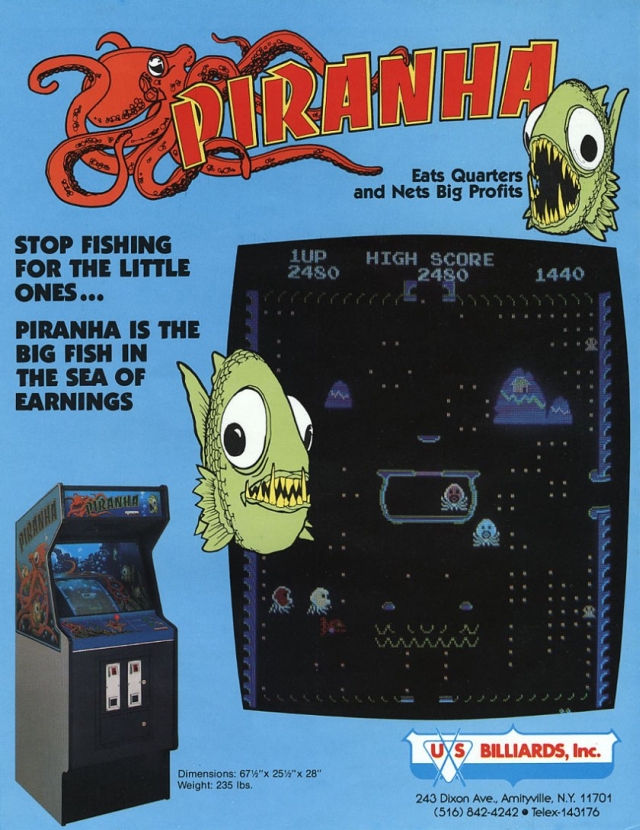 From the screenshot, it's pretty obvious that Piranha is a Pac-Man clone.  I've played several of these over the years on home consoles, including Lock N Chase, Jawbreaker and KC Munchkin, and I've come across a few in arcades in the 80's and early 90's, but I've never seen one with such detailed cabinet artwork.
The Arcade Archives did a thorough write-up on Piranha in their The Games That Pac Forgot series.  In it, they explain that Piranha was released as a Pac-Man conversion kit that removes the walls of the maze and converts the graphics to an underwater theme.  The playable Pac-Man character is represented by a red piranha, the power pellets are replaced by seashells, and the ghost monsters have been replaced by four squids.  As in Pac-Man, the object is to eat all of the dots while avoiding the four monsters, and eating one of the special power-ups will allow your character to eat the squids for a short period of time.  There are also special items that can be collected for bonus points which replace the fruit in Pac-Man, including crabs, fish, and anchors and whales of various colors.
There's a pretty slim chance of finding a Piranha cabinet outside of a specialty retro arcade like Galloping Ghost, but it's easy enough to emulate on Mame.  It's definitely worth trying out to experience a piece of gaming history from the early 80's.