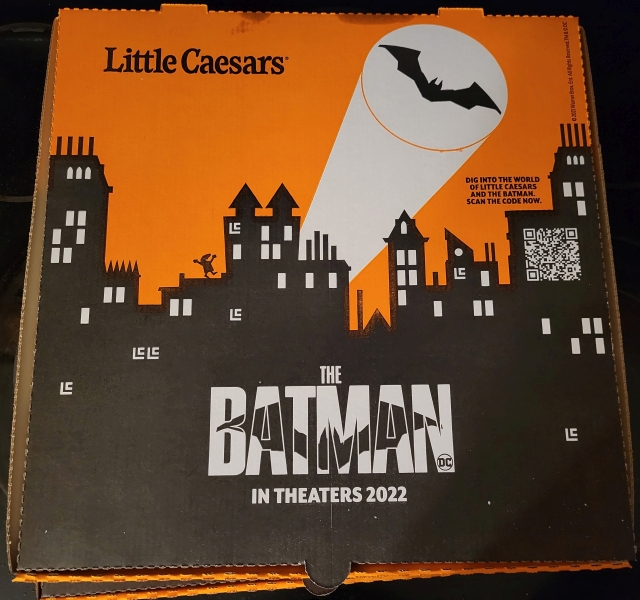 The Batman Calzony
Little Caesars (2022)
If I'm being honest, I'm not at all excited to see the next Batman movie.  Don't get me wrong.  I've got the Regal Unlimited plan, so I'm going to go see it, and I'm sure that it's going to be alright.  It'll probably be about an hour longer than it has to be, but I expect that I'll enjoy it for what it is, and then forget about it entirely before the week is over.  I don't mean to be negative, but how many more times do we have to see this character?
One of the good things about Hollywood dragging the Caped Crusader out of the packing peanuts yet again is that their marketing partnership with Little Caesars has resulted in the existence of The Batman Calzony.

This is more than just a pizza that's been shaped like the bat signal.  The top and bottom (what would be the head and tail of the bat in the Batman logo) are little mini calzones that are filled with cheese, pepperoni and a garlic white sauce.  I'm pretty sure they just put a bunch of filling on the top and bottom, and then cut notches in the dough to the left and right and fold it over to make little pockets, but hey, it works.  They're tasty and they're not very expensive, so this is something they ought to consider keeping on the menu after the movie promotion is over.  Maybe they could stick a couple olive rings on the head and call it an owl. 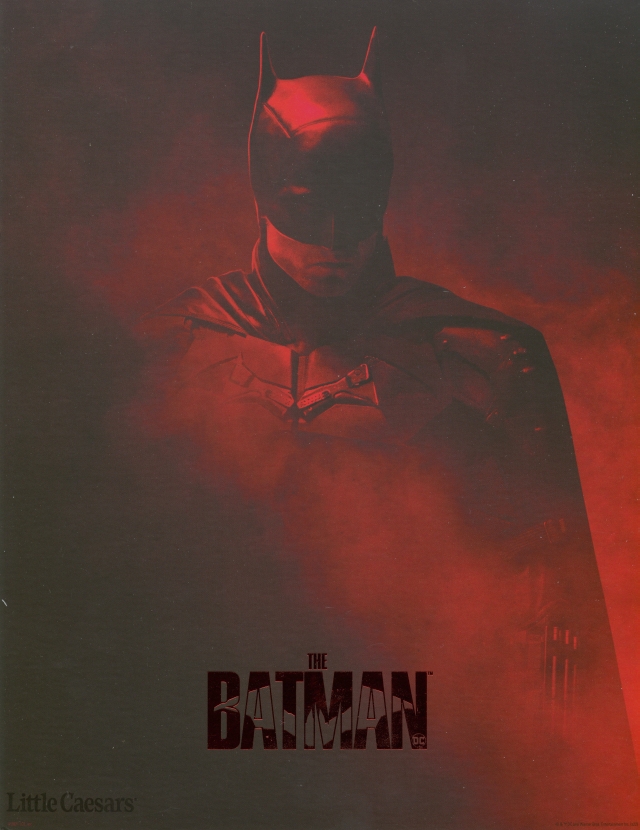 This poster was a pleasant little surprise that was waiting for me in the metal box thingamajig that keeps your pizza hot until you come and pick it up.  It's around 8.5" x 11" and it's printed on pretty heavy card stock with a red foil making up The Batman logo at the bottom.  While I'll fully admit to not buying into the movie itself, I have a lot of respect for little things like this.  As far as I know, they didn't even advertise that you get a free poster with purchase, and while they could have done something half-assed, like print up a glorified flyer on the same paper that they print their menus on, they put in some real effort to make something nice.  Well done, Little Caesars!