Private Parts On The Silver Screen 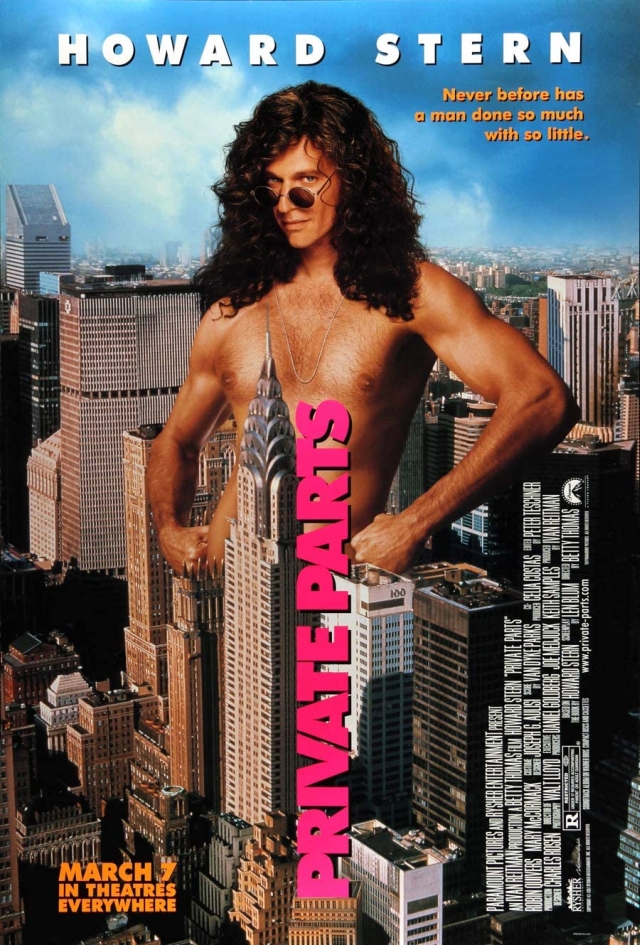 Private Parts
Paramount Pictures (1997)
The Howard Stern biopic, based on his 1993 autobiography of the same name, was released nationwide 25 years ago today.  It was the #1 film at the box office for its opening weekend and went on to have a successful run with mostly positive reviews. 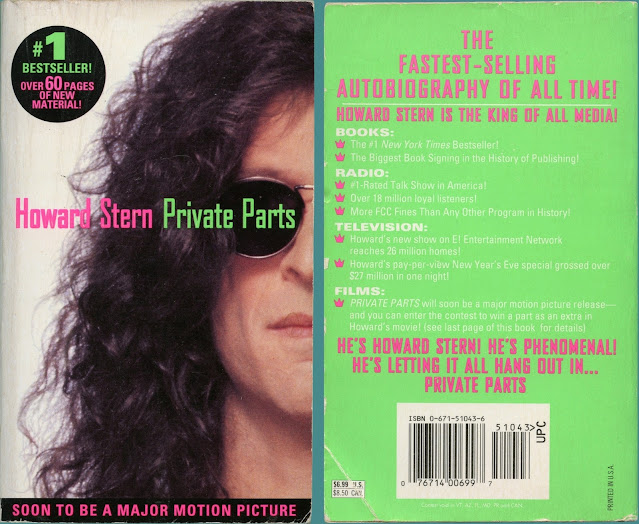 The Howard Stern Show was broadcast in NEPA on Z-Rock in the years leading up to the release of this film.  I was 15 and 16 years old at the time and I made it a point to listen to his show whenever I could, much to the chagrin of my grandparents who I was living with.
It wasn't until after I saw the movie that I picked up a paperback copy.  It wasn't nearly the sleazefest that some folks tend to associate with Mr. Stern, but it's also not the kind of thing I could leave sitting out in the open if I didn't want to have an argument with my grandmother.  She and I butted heads on a lot of things when I was a teenager, so efforts to point out that it's the story of a man who built a media empire out of nothing would have fallen on deaf ears.  It was best to avoid conflicts with her whenever possible. 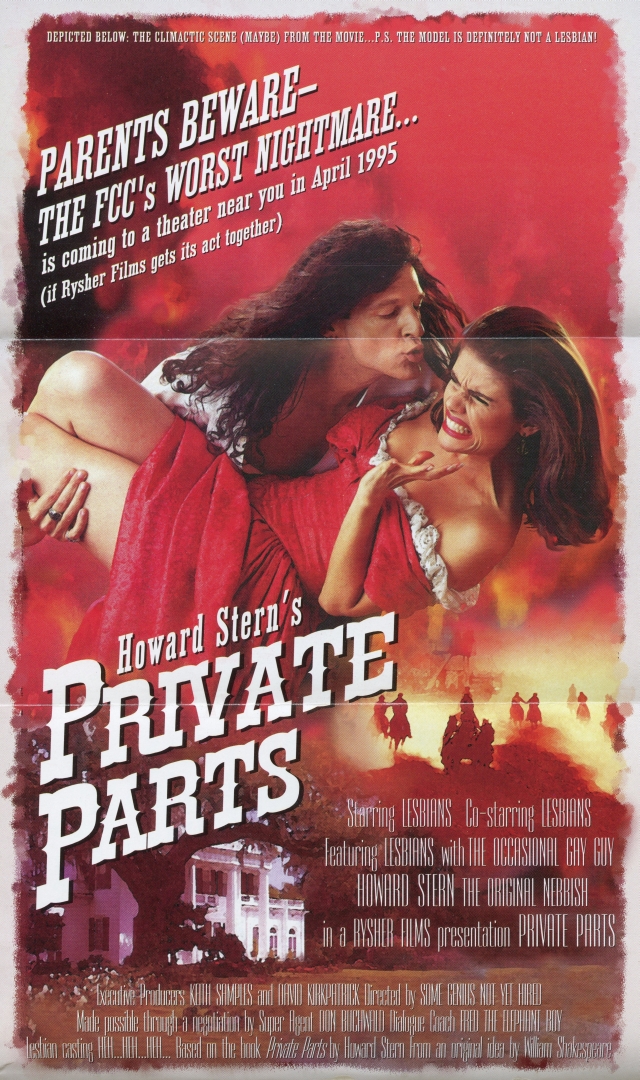 Even if I had convinced her that the book wasn't the filth that she had believed it to be, this fold-out poster on the first page would not have helped.  Despite being clearly tongue-in-cheek, it probably doesn't age well, and I think that Howard Stern would be the first person to admit that fact.  He's mellowed out a lot as he's gotten older, and that's not a bad thing.  Truth be told, his sexual content really didn't strike a chord with me in the first place, even when I was a hormonal teenager.  My favorite parts of his show were always the interviews (Howard is one of the greatest interviewers of all time), the news with Robin Quivers, and when they would just sit around talking about their lives and the world around them at the start of the show.
If your only experience with Howard Stern is the criticism he gets from others, the Private Parts film is a good starting point.  It's available for streaming on HBO Max.