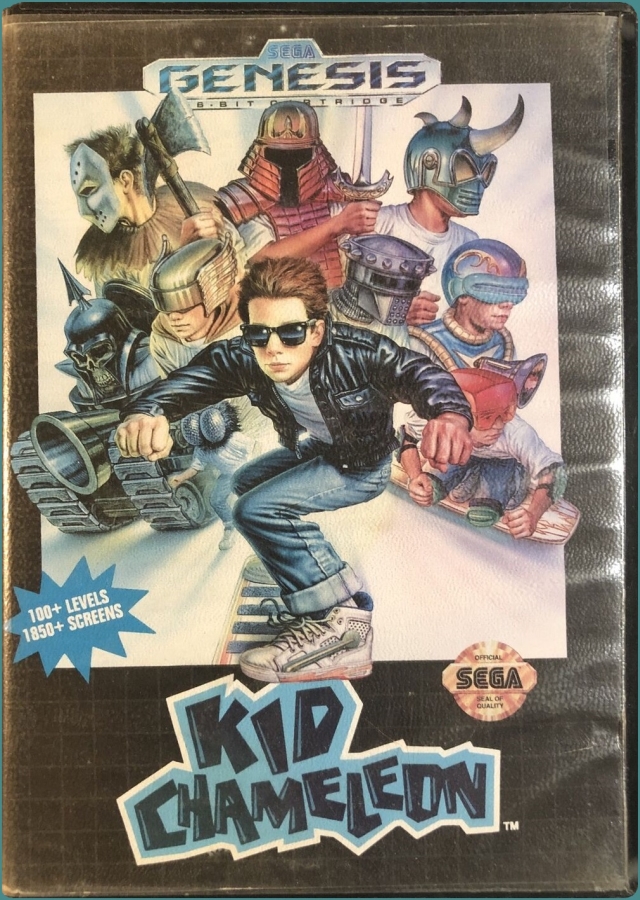 Kid Chameleon
Sega Genesis (1992)
There are few video games in existence that scream early 90's as loudly as Kid Chameleon.  The Sega Genesis classic was released 30 years ago this month. 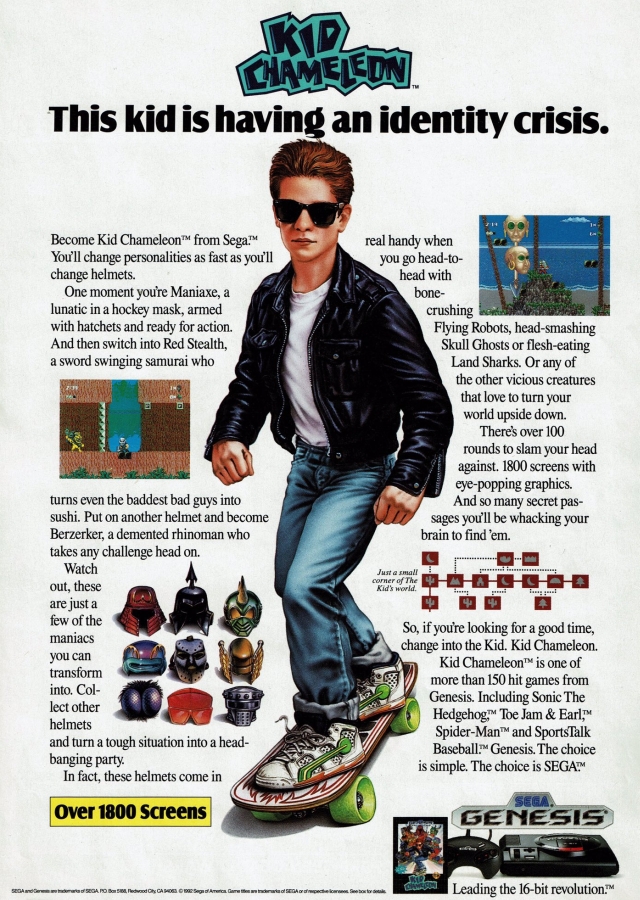 The story of the game is centered around a new arcade machine called Wild Side.  It's a self-contained room within the arcade that's similar to the Holodeck on Star Trek: The Next Generation.  Every kid in town played it, but the main boss became sentient and began capturing the kids who couldn't beat the game.  There's one video game master in town who could not be beat, and that kid is you - Lucas Barton, er... I mean, Kid Chameleon.
Kid Chameleon is a platformer that was programmed by a team that included Mark Cerny (Marble Madness, Shanghai, Sonic The Hedgehog 2) and Steve Woita (Taz, Quadrun, Sonic Spinball).  It has been included on a number of Sega compilations over the years, including the Sega Genesis Mini and Sega Genesis Classics on the Nintendo Switch, Playstation 4, Xbox One and Steam.  It's a lot of fun, and a perfect example of 16-bit gaming from the early 90's.