Putting The Honor Back In ROH


I started watching professional wrestling before I started kindergarten, but my interest in it over the past 30 years or so has come in ebbs and flows.  With the nosedive in the quality in nationally televised wrestling after 2001, I had almost stopped watching entirely.  However, there was one company that was doing things in the industry that had never been done in the United States before and it opened the door for me into a world of incredible pro wrestling.  That company is Ring Of Honor.
The first ROH show that I attended was on October 2nd, 2005 in Philadelphia.  The company was owned by a very cool man named Carey Silkin at the time, and the incredible atmosphere and excellent shows that he and the rest of the company built kept me coming back to every show in the tri-state area for a couple of years before returning to college.
By the time I graduated, Ring Of Honor had been purchased by the Sinclair Broadcast Group.  Quite frankly, I think Sinclair is a horrible organization with propaganda efforts that make Fox News look rational in comparison.  Their shows didn't have the same massive drop in quality as the Stamford promotion, but it was clear that the glory days of the promotion were behind them.  The few shows that I attended in the Sinclair era were not nearly as well attended.  The matches themselves were still very good, but the writing had sharply declined, and the atmosphere that I had fallen in love with was all but gone.  These factors, combined with the business practices of their parent company made ROH a pretty easy company for me to avoid spending a lot of time or money on for the past ten years.
I'm very happy to be able to say that as of March 2nd, 2022, the Sinclair era of Ring Of Honor has ended. 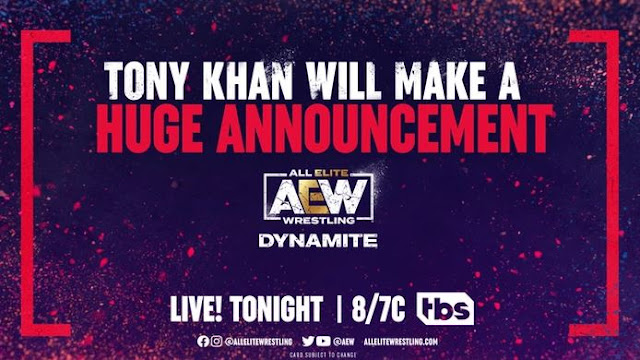 AEW owner Tony Khan was scheduled to make a big announcement on last night's episode of Dynamite on TBS.  Fans have been speculating all week about what it might be.
I could not be happier about what he had to say. 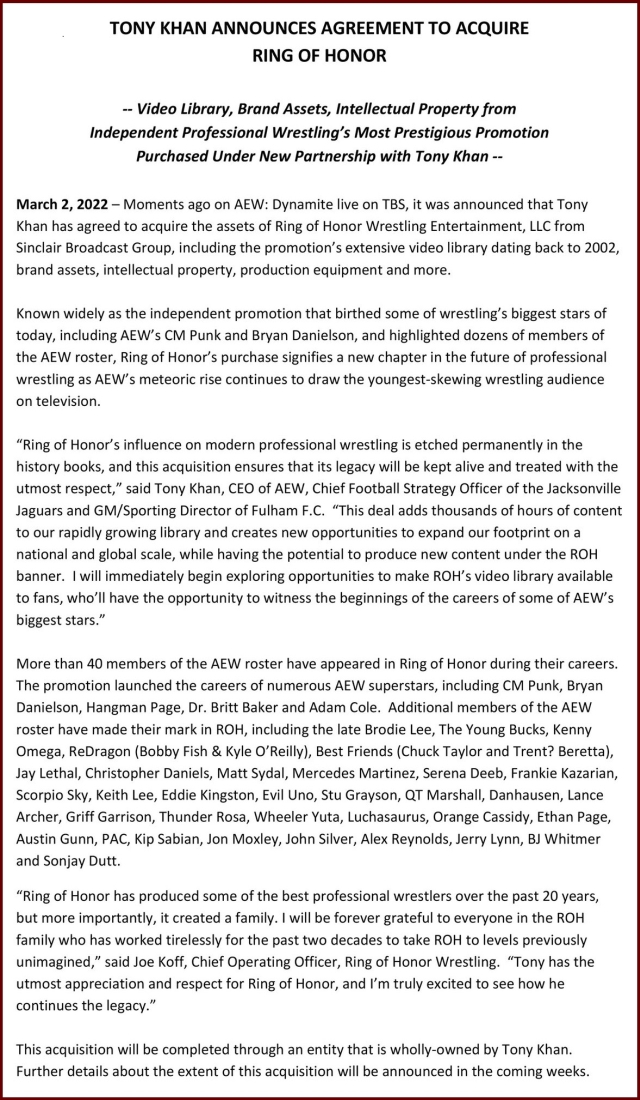 This is incredible news!  Ring Of Honor is once again owned by a respectable man who has a genuine love for pro wrestling, and the fact that the promotion and its 20 year tape library has been purchased by the co-owner of All Elite Wrestling opens up a world of possibilities.  I don't know if he's going to operate it as a separate promotion, or if this will be the start of an inter-promotional storyline with legacy ROH talent feuding with rest of the AEW roster, or if he's going to use the ROH video archive as content to launch an AEW streaming service.
Whatever directions Mr. Khan decides to go, the world of pro wrestling has just become a lot more interesting.