Long John Silver Sails Off Into The Sunset 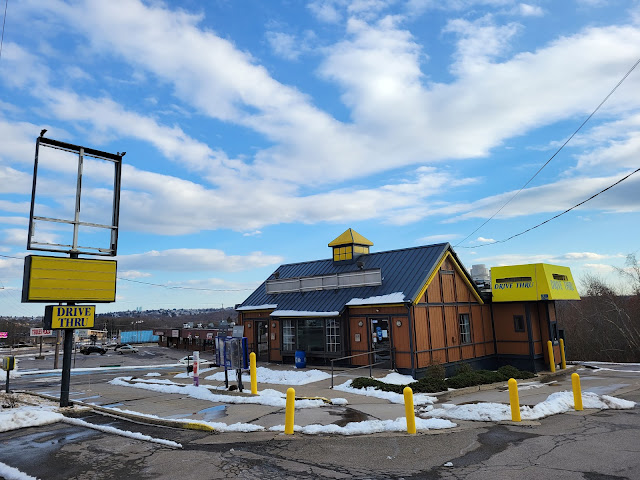 Long John Silver's
548 Susquehanna Blvd - Hazleton, PA
The closure of Bonanza Steakhouse on Rt. 93 in Hazleton is unfortunate, but it's not something that bothers me too much.  However, the recent closure of the Long John Silver's down the street from Bonanza is a different story.  They closed their doors on January 30th, 2022 and if I'm being completely honest, I'm pretty sad about it.  I know that must sound ridiculous, so let me explain. 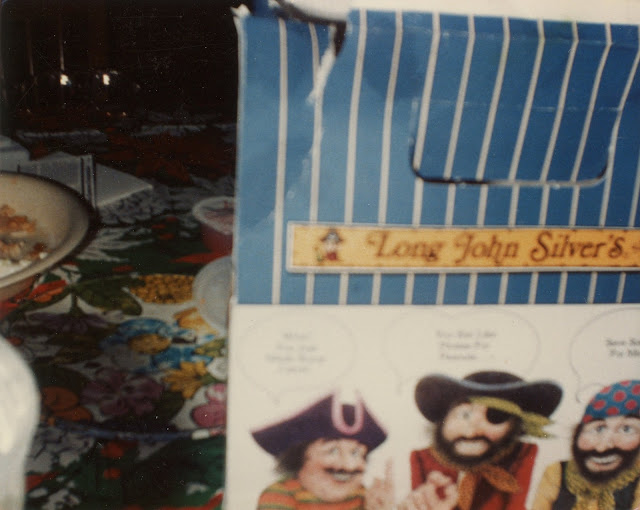 This photo was taken in 1986.  Every year, my family would get seafood from Long John Silver's for our Christmas Eve dinner.  I was trying to get a picture of the pirates on the box, and since it was taken long before the days of cell phone cameras, I had no way of knowing how off-center and out of focus it was until we got the film developed.  However, I really don't need a photo to remember having fish and shrimp from Long John's for Christmas Eve.  It's been such a consistent tradition that their food has become synonymous with the holiday season in my mind.

When I was very young, I used to go to this Long John's with my grandfather to pick up our holiday dinner.  It was always busy on Christmas Eve back then.  We usually had to wait in line for at least 20 minutes to a half hour before we got up to the counter to place our order.  In some years, the line actually stretched out the front door.
Standing in line to pick up fast food fish isn't generally seen as an exciting experience, but it was for me.  In my family, we all got together at my grandparents house on Christmas Eve.  We'd eat dinner, then go out to the living room to open presents, and then come back to the kitchen to have dessert.  Waiting in line to pick up the fish felt to me like the unofficial start to Christmas.

Going to this particular Long John's to pick up dinner on Christmas Eve is a tradition that has stuck with me throughout my life.  With the exception of a few years in the early to mid 90's when I lived in South Florida, and a year or two in the early 2000's when my grandmother tried to make her own fish, we went there every year.  My wife and I have kept the tradition going after my grandparents passed away.  I'm not sure if there are any other traditions in my life that go back this far into my childhood, but since I can't think of any other Long John's in our part of Pennsylvania, it looks like 2021 is the last year that we kept it going. 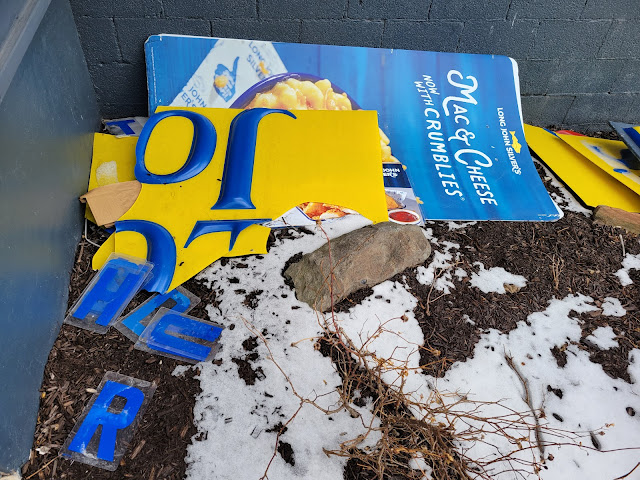 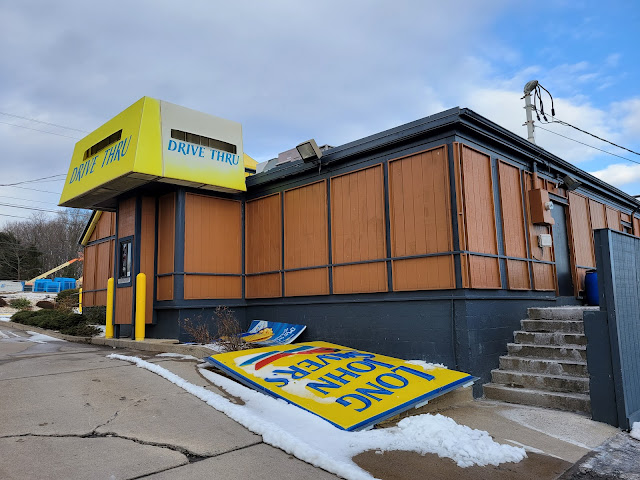 Trust me, I know how ridiculous it is to get sentimental about the closing of a fast food restaurant.  As I'm writing this, I'm just picturing strangers from around the world reading this and thinking "dear god, what kind of goof reminisces about a place that sells greasy breaded fish in a box".  What can I tell you.  I'm 41 years old, so if I haven't figured out how to be normal by now, it's just not gonna happen.
With that in mind, here's a few pictures from recent Christmas Eve's to show what the restaurant looked like when it was open compared to what it looks like today, and a few additional photos of the building as it looked on February 27th, 2022.  For all I know, it might stay exactly like this for the foreseeable future.  There's a Ground Round restaurant outside the Laurel Mall in Hazleton that has been closed for at least 15 years now and it looks pretty much the same from the outside as it did when the place was still in business.  Then again, they tore down the old Friendly's restaurant very shortly after it closed to build a Popeye's Chicken, so you never now.  Well, anyway, I took a bunch of pictures and here they are. 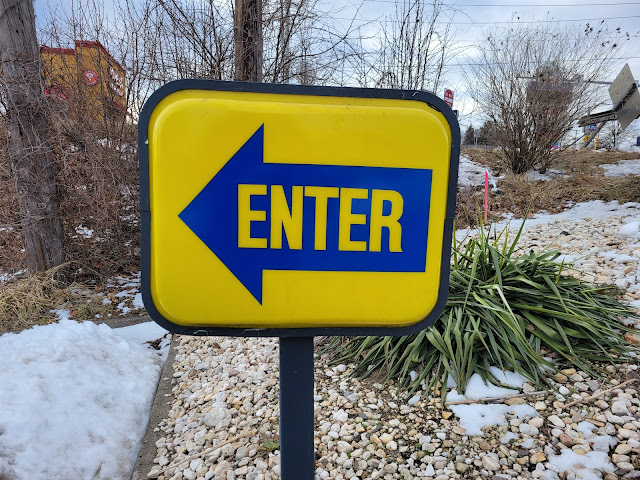 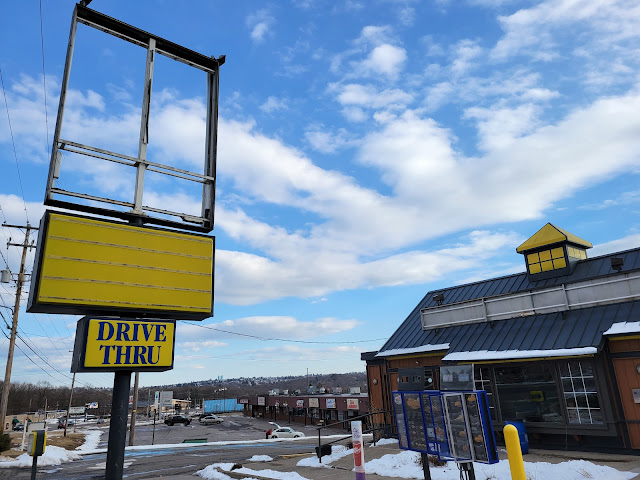 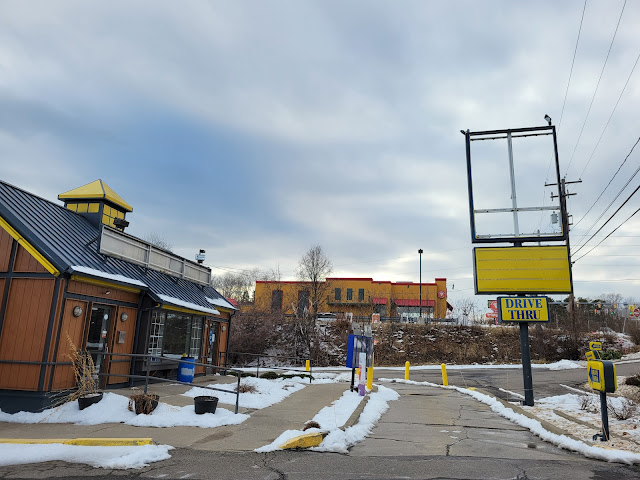 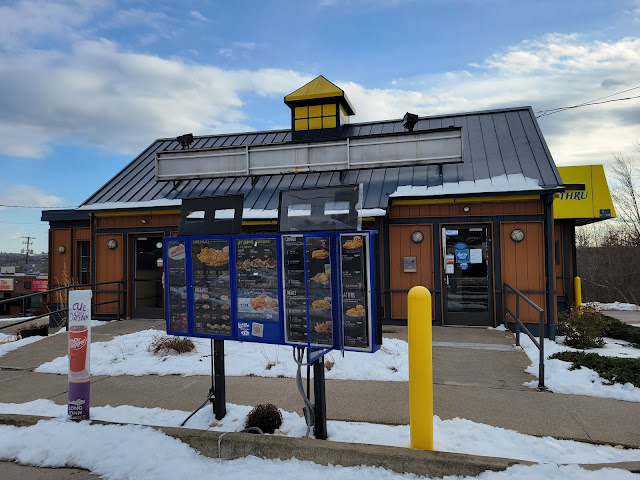 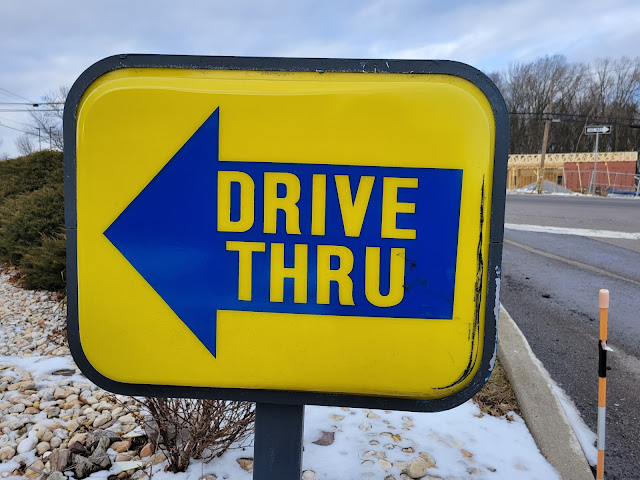 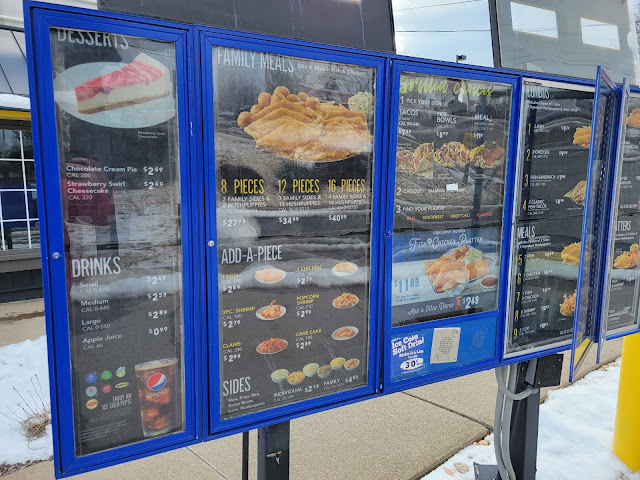 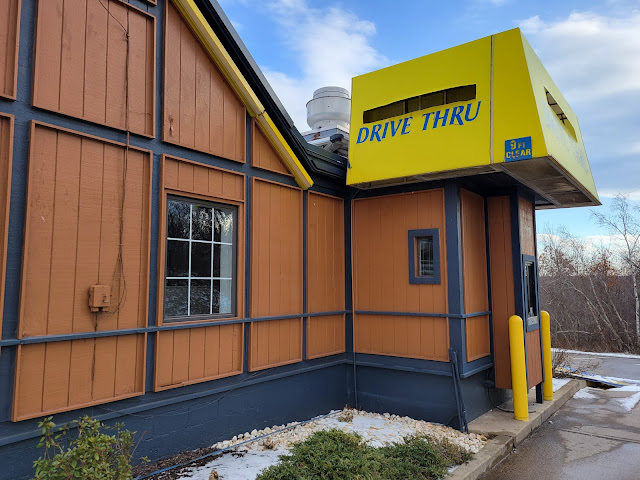 And with that, my bizarre tribute to a fast food restaurant that shut down in a small Northeast PA city that nobody has ever heard of has come to a close. 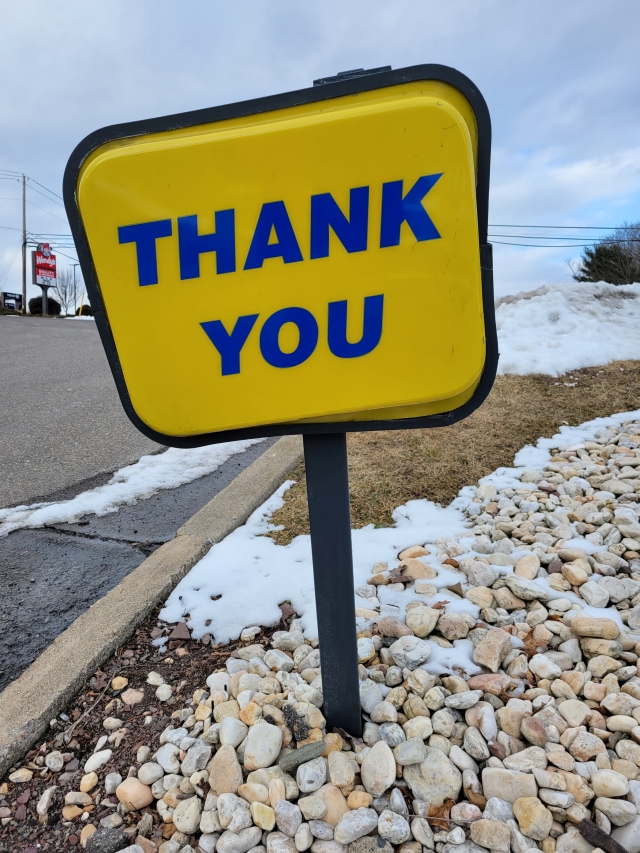