Maxine Does Not Accept A Life She Does Not Deserve 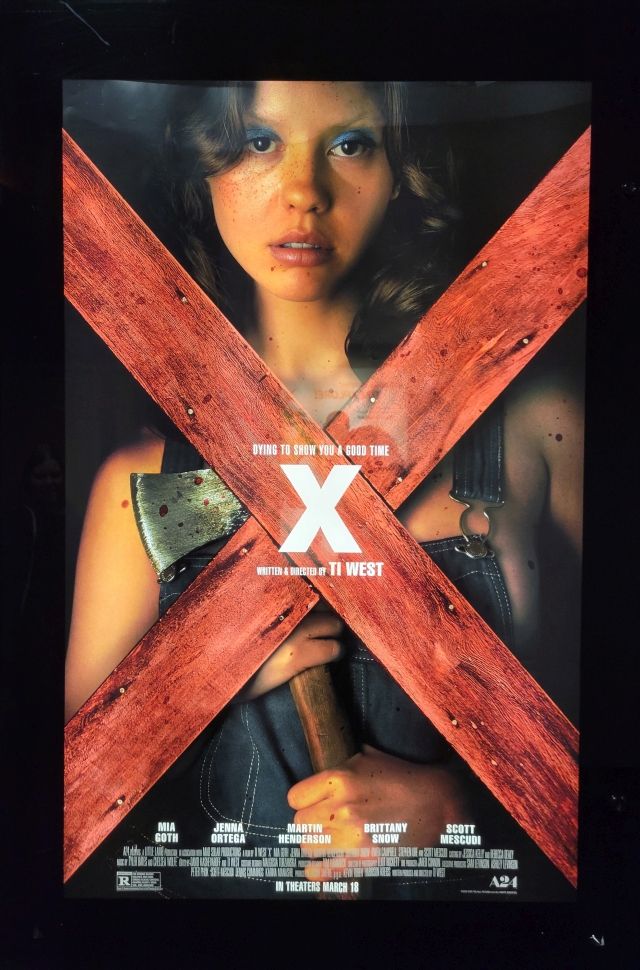 X
A24 Films (2022)
I've been dying to see this flick since I first learned about it.  My local Regal Cinema wasn't showing it in its opening week, but I got to see it as soon as it hit their screens on Friday. 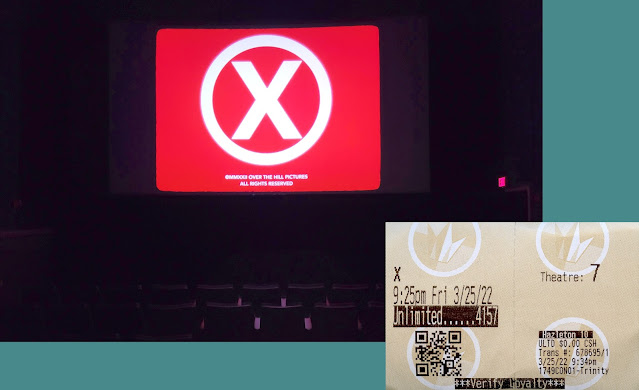 This was the most beautifully filmed slasher flick that I've ever seen.  It captures the look and feel of a late 70's horror movie without ever feeling like a parody.  There were times, especially in the first half and last five minutes, that made me fee like I was watching a Tarantino film.  The characters (even the villains) are written with heart and depth and were played brilliantly - especially Mia Goth, Kid Cudi, Martin Henderson, and Brittany Snow, the latter of whom performs a hauntingly beautiful cover of Landslide halfway through the film.  Perhaps this won't be everyone's experience, but I found that everyone associated with The Farmer's Daughter (the film within a film) were among the most realistic characters in a horror movie that I've ever seen.  Each of them spoke and behaved in a way that strongly reminded me of someone who I have known in my life.
This movie is not for everyone, but if you're a fan of horror flicks, you're going to love X.