The Best Defense Is A Good Offense 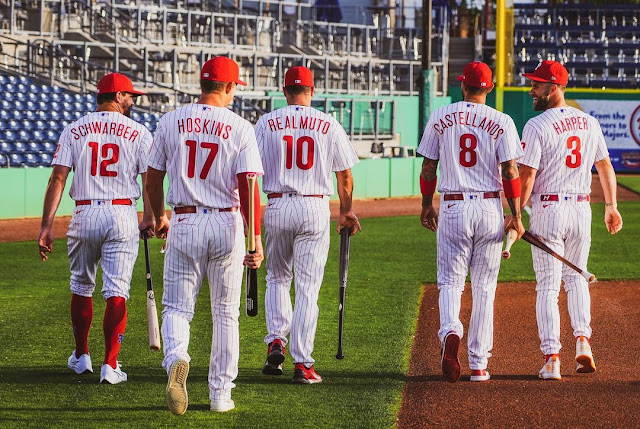 After a winter that included a labor dispute and a number of impact free agent signings for the Phillies, we are off and running in the 2022 season.  The Phillies opened their season at home on Friday afternoon with a 9-5 victory against their former cross-town rivals, the Oakland Athletics. 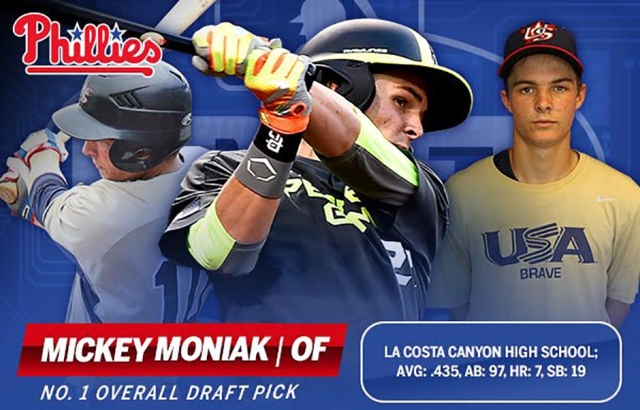 One of the biggest stories of Spring Training for the Phillies has been the remarkable turnaround of center fielder and former #1 pick overall, Mickey Moniak.  He had been all but written off by the front office at the ripe old age of 23, but he had a monster spring, batting .371/.371/.914 with five home runs and four other extra-base hits in 35 plate appearances.  Between his production and Odubel Herrera starting the season on the IL with a strained oblique, Moniak had forced his way onto the roster and would likely have been the starting center fielder for Opening Day.  That all changed in his final at-bat of Spring Training when he was hit by a pitch and fractured his right hand.  He's expected to miss the first six weeks of the season.  He is being replaced on the big league club by the #10 prospect in the Phillies system, Simon Muzziotti, but Matt Vierling got the start in center field.

The game could not possibly have started off any better.  The Phillie Phanatic parachuted onto the field before the start of the game, and our new left fielder, Kyle Schwarber, led off the bottom of the 1st with a home run in his first MLB at-bat in a Phillies uniform, and the first hitter of the Phillies 2022 season. Schwarber ended the day going 2-4 with a walk and 2 RBI. 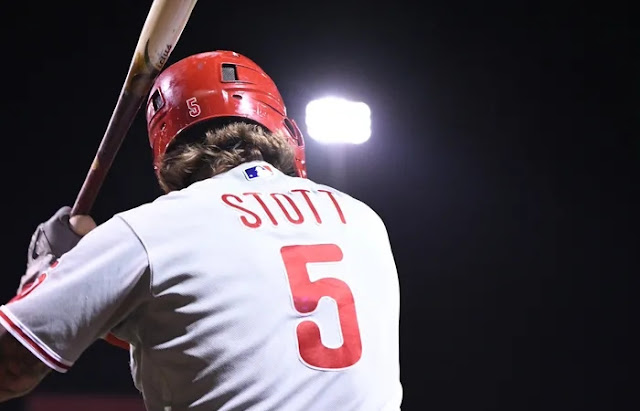 Bryson Stott was the Phillies starting third baseman and made his Major League debut last night.  The Phillies 2019 first round draft pick wore #10 in his time in the minor leagues, but he switched to #5 in a tribute to his best friend, Cooper Ricciardi.  Cooper wore #5 when he played basketball, and he sadly passed away from cancer.  Bryson went 2-4 with a single, a double and an RBI, each of which were his first in the Major Leagues. 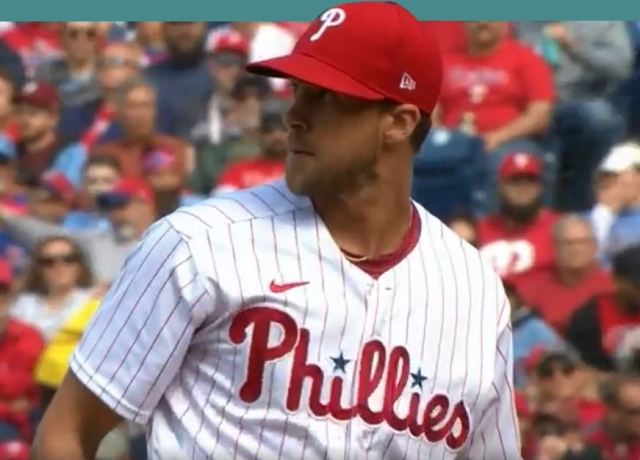 Aaron Nola got the Opening Day start for the fifth consecutive season, and his performance was reflective of what we saw out of him last season.  He was dominant for the first six innings, striking out seven batters while only giving up a one hit (a Chad Pinder solo home run in the 4th).  They sent him out to pitch in the top of the 7th, but he was pulled from the inning without recording an out.  He gave up a double to Sean Murphy, a single to Chad Pinder, and a three run homer to Seth Brown before Nola was taken out of the game.  Newcomers Jeurys Familia and Brad Hand finished off the 7th inning, but not before the A's tacked on an unearned run to narrow the Phillies lead to a single run. 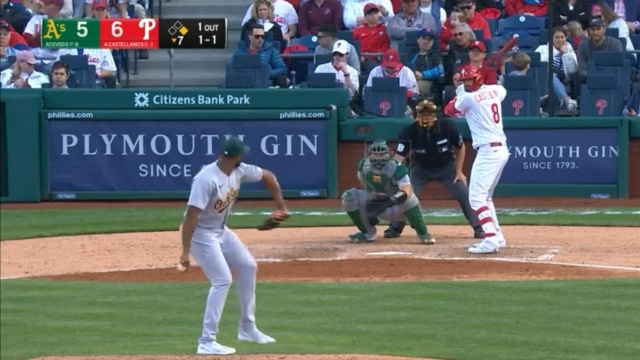 The Phillies responded in the bottom half of the inning.  Bryce Harper drew a walk, and Nick Castellanos got his first hit with his new team by smacking an RBI double to extend the Phillies lead to 7-5.  They tacked on two more runs in the bottom of the 8th after a double from Jean Segura, followed by a Bryson Stott RBI double that scored Segura, and a Kyle Schwarber single to score Stott.  The Athletics didn't score again thanks to two beautiful innings from the Phillies bullpen.  Seranthony Domínguez pitched a scoreless 8th, and Corey Knebel shut the door in the 9th to secure the Phillies 9-5 win. 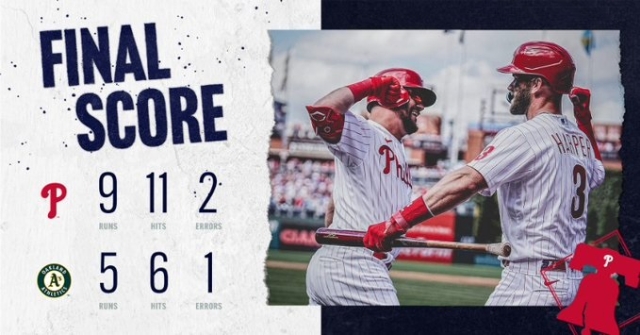 This game played out in a way that I expect the Phillies 2022 season to look when all is said and done.  The defense won't always be perfect (although I expect Bryson Stott will improve at his new position with more experience), but they'll find ways to outhit their shortcomings, and with any luck, the new bullpen acquisitions will live up to their potential and keep things from getting out of hand.