Freeze You Scuzzbuckets, This Is A Citizen's Arrest! 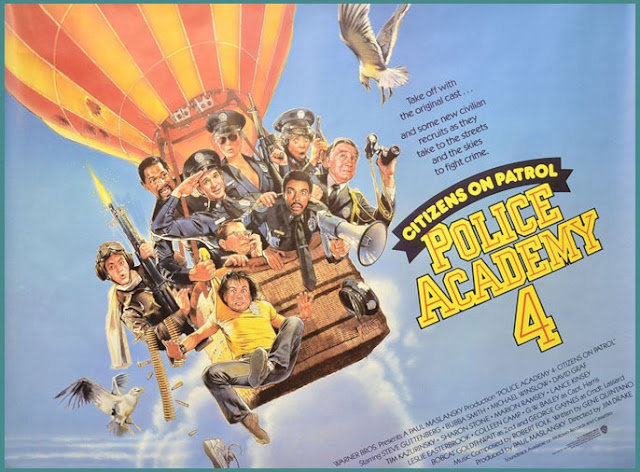 Police Academy 4: Citizens On Patrol
Warner Bros (1987)
My favorite movie in the Police Academy series, and one of my favorite comedies of the 1980's premiered in theaters 35 years ago today.

Police Academy 4 is never going to be mistaken for a cinema classic.  It has a 0% on Rotten Tomatoes, and Janet Maslin of the New York Times reviewed the film by saying that "the optimum viewer for Citizens On Patrol would be a 10-year-old boy".  She's not wrong, but I don't see that as a bad thing, 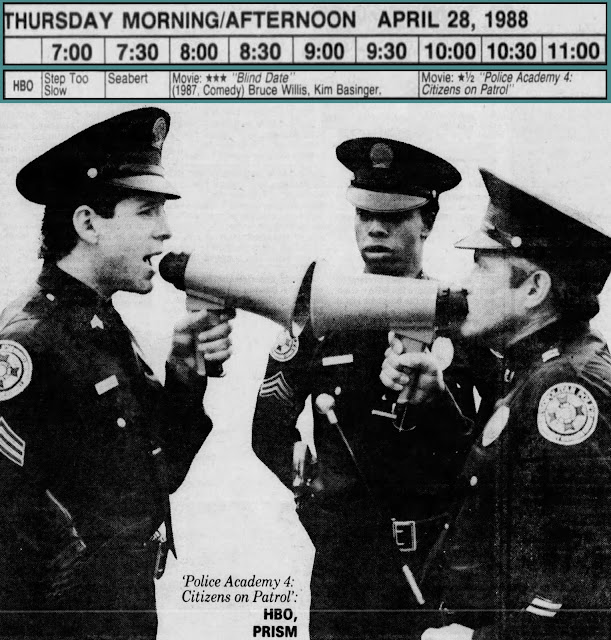 I taped this movie when it aired during an HBO Free Preview Week when I was seven years old, and I can attest that Ms. Maslin is absolutely right.  This movie is a silly and fun comedy that's just edgy enough for a grade school kid without ever crossing a line where it becomes inappropriate for a child to watch.  For god's sake, it has skateboarding, ninjas, an air chase scene with guns, AND Bobcat Goldthwait!  I must have watched that tape a hundred times because it's about as close to perfect for a kid in the 80's as a movie can get.

The whole movie is cheesy as hell and the skateboarding part is no exception, but this scene was the coolest thing that the seven-year-old me had seen since Daniel LaRusso crane kicked Johnny in The Karate Kid.  The blonde kid is comedian David Spade in his first movie role, and the other skateboarders in this scene include an 18 year old Tony Hawk, as well as Steve Caballero, Tommy Guerrero, Mike McGill and Lance Mountain. 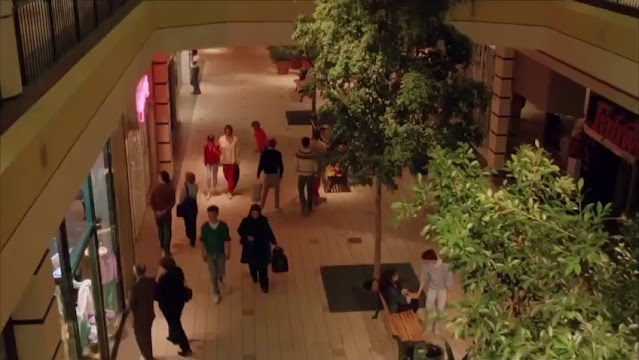 About halfway through that video clip, David Spade skates through a mall where he's hassled by the police.  I've been obsessed with this mall ever since I first saw this movie.  It's a dimly lit stone and tile atmosphere that has lots of trees and other green plants.  It even has a large carousel. 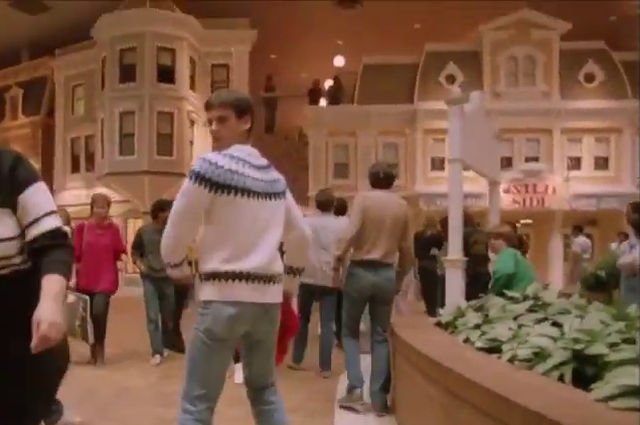 The area with the carousel has what appears to be shops that have false fronts of two and three story buildings on the walls above them.  Seeing this today reminds me of the Virginia City Buffet that used to be at Bally's Wild Wild West Casino in Atlantic City. 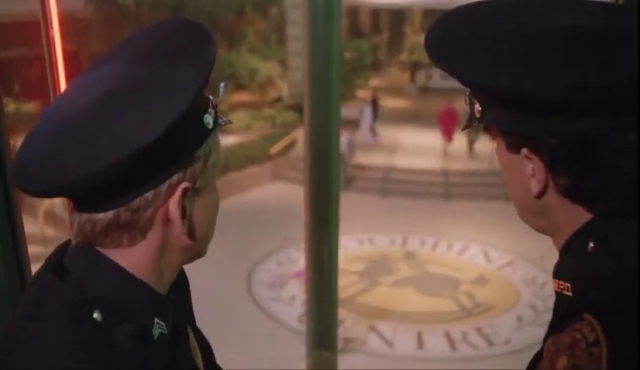 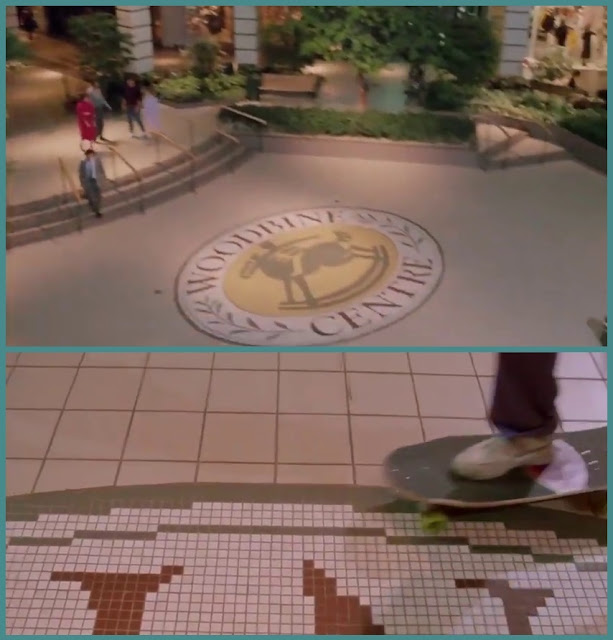 Most of the storefronts aren't on screen long enough to figure out what they are, but you get a pretty clear look at the name and logo of the mall in mosaic tile on the floor when Sgt. Copeland and his partner are coming down in the elevator to confront Kyle.  It's called the Woodbine Centre, and it's a real mall in Toronto that's still open to this day.  The carousel is part of Fantasy Fair, Ontario’s largest indoor amusement park, which is located entirely within the mall.  There is also a roller coaster, bumper cars, and a 50 foot ferris wheel called the Crystal Kaleidoscope which, according to the park, is the only one of its kind in North America.  The carousel that you see in the movie is no ordinary amusement park ride either.  It's an antique 1911 Looff Carousel that was built by master carver Charles Looff, and it's one of only 13 that are still in operation today.  The Grand Carousel at Knoebels Amusement Resort is another one of these that are still running.

If the promise of David Spade skateboarding through an 80's mall with an amusement park inside enough to incite you into giving this movie a try, perhaps the romantic overtures of Officer Zed will change your mind.
Early in the film, Zed (Bobcat Goldthwait) gives his sales pitch for the Citizens On Patrol program to a poetry guild.  While he's there, he decided to share a poem that he knows with the ladies in attendance.

Gene, Gene made a machine
And Joe, Joe made it go
Art, Art blew a fart
And blew the whole damn thing apart
His presentation convinces a cute-as-a-button Corinne Bohrer (from Zapped and Joysticks) to sign up for Citizens On Patrol.  She and Zed become an item, after which the officer is inspired to write and perform this piece of music for his new girlfriend.

It's getting to the point now when I'm with you
I no longer want to have something stuck in my eye.
Your mother, my mother
Ain't never looked like Florence Henderson.
If you don't have an old VHS tape from the 80's laying around, you can stream Police Academy 4 on Amazon Prime or YouTube Movies for a few bucks.  It's definitely worth watching if you're the type of movie watcher who can relax and enjoy something silly and fun without taking it too seriously.