I Can Smell The Electricity In Your Brain 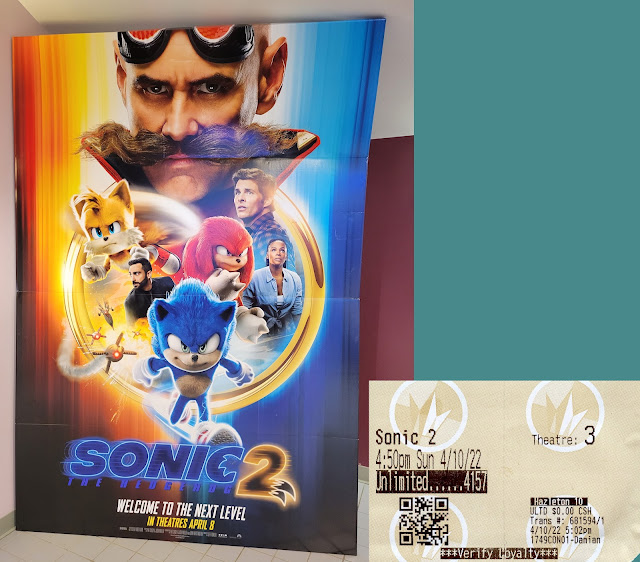 Sonic The Hedgehog 2
Paramount Pictures (2022)
This is the perfect family movie franchise for the 2020's because there's something for almost everyone.  It's appropriate for children, but there's action and humor that their parents and grandparents will enjoy.  It appeals to Gen X like myself who grew up playing Sonic on Genesis.  It's a movie with solid performances all around, a fun story, plenty of laughs, and impressive special effects.  There's really nothing not to love here. 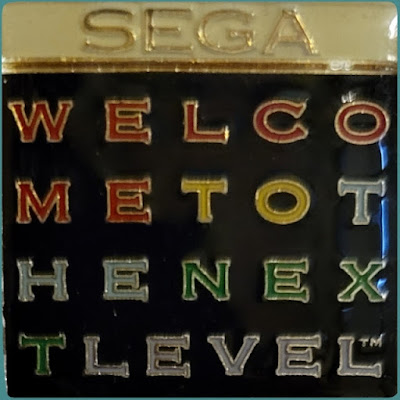 It's appropriate that Sonic The Hedgehog 2 was released the weekend before Easter because it's absolutely loaded with easter eggs for fans of the game series.  Everybody who has ever read a video game magazine in the early to mid 90's is sure to recognize the tag line "Welcome to the next level" from the icon that Sega used on practically everything associated with the company for several years during the 16-bit era.  Gamers will also recognize the name of the coffee shop as an homage to Dr. Robotnik's Mean Bean Machine, the Sega Genesis instruction manual, the Sonic The Hedgehog game music used as Tom's ringtone, and many other references throughout the movie's runtime. 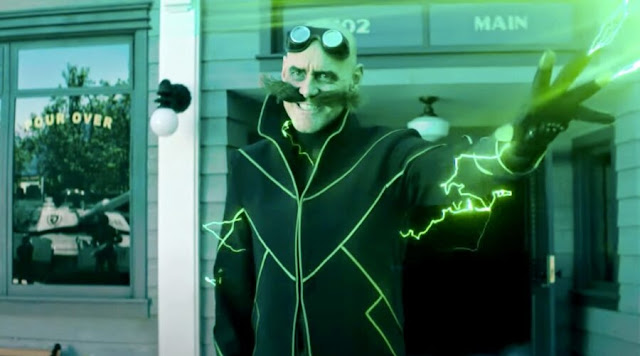 Jim Carrey is at his absolute wacky best as Dr. Robotnik in the first two movies, but it's not clear if he'll be back for the third installment.  The actor has strongly suggested that he intends to retire after Sonic 2.  I can definitely understand the desire to stop working in your 60's, but it would be a real shame if he decided not to return for the inevitable Sonic The Hedgehog 3.  He's absolutely perfect for this role - so damn zany and over the top that you can't help but to love him. 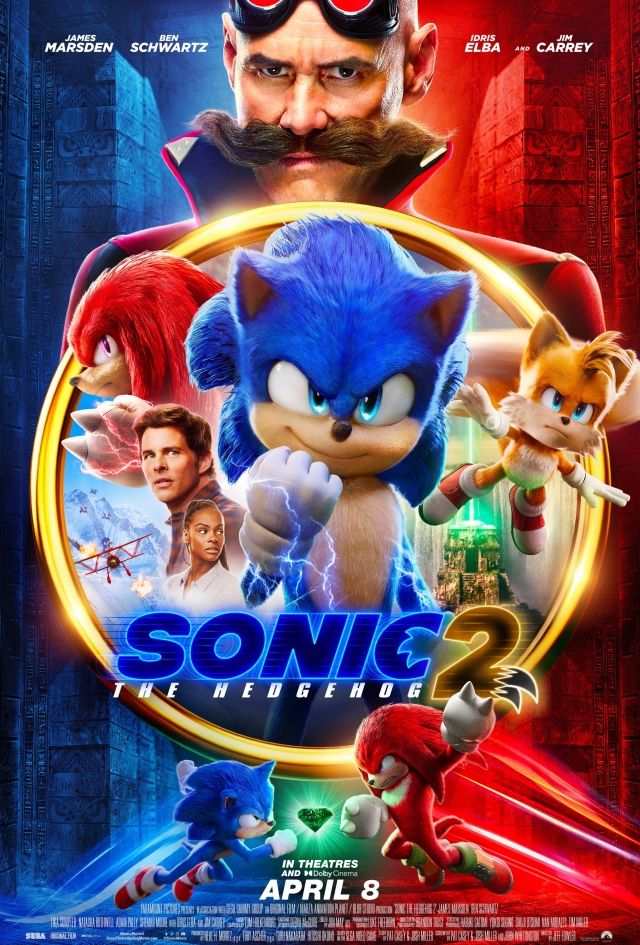 Even if you aren't a big fan of the video game series, I strongly recommend Sonic The Hedgehog 2 on the big screen.  I can't imagine anyone could watch this without a smile on their face.